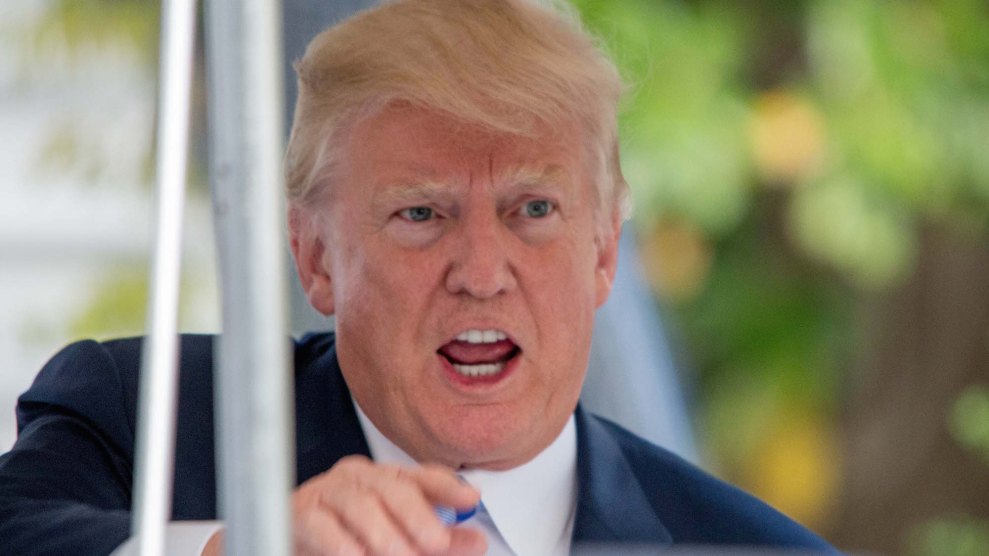 A survivor of the Parkland school shooting ripped into President Donald Trump on Saturday for his speech to the National Rifle Association a day earlier, calling the president a “professional liar.”

Speaking on Friday at the NRA’s annual convention for the third time, Trump reaffirmed his loyalty to the gun lobby. “Your Second Amendment rights are under siege, but they will never, ever be under siege as long as I’m your president,” he said.

Cameron Kasky, a student at Marjory Stoneman Douglas High School, gave his reaction Saturday on CNN’s New Day. “He’s a professional liar who will say anything to appease whatever crowd he’s at,” Kasky said. “If he’s in front of families, he might say something in support of common-sense gun reform, but then when he’s at the NRA, he’ll say something to get a big cheer.”

Both Trump and Vice President Mike Pence, who also spoke on Friday, told the NRA they support arming teachers and “good guys with guns” to stop mass shootings. The NRA frequently claims that putting more guns in schools would deter shootings like the one in Parkland, although there’s no evidence that arming civilians prevents mass shootings.

Kasky also pointed out the “hypocrisy” that firearms were not allowed in the room as Trump and Pence gave their speeches. “You’d think that if someone supported the NRA, they’d want as many ‘good guys with guns’ in the room as possible, right?” he said.

For a brief period after the Parkland shooting in February, Trump suggested he was open to new gun control measures, telling lawmakers, “Take the guns first, go through due process second.” Pressured by the Parkland survivors, lawmakers, and gun control advocates to act after the shooting killed 17 people, the White House floated a proposal to raise the minimum age for purchasing some guns to 21. But Trump eventually dropped that idea under pressure from the NRA, instead proposing other reforms, including grants for “rigorous firearms training” for teachers and improving local compliance with the National Institute Criminal Background Check System.