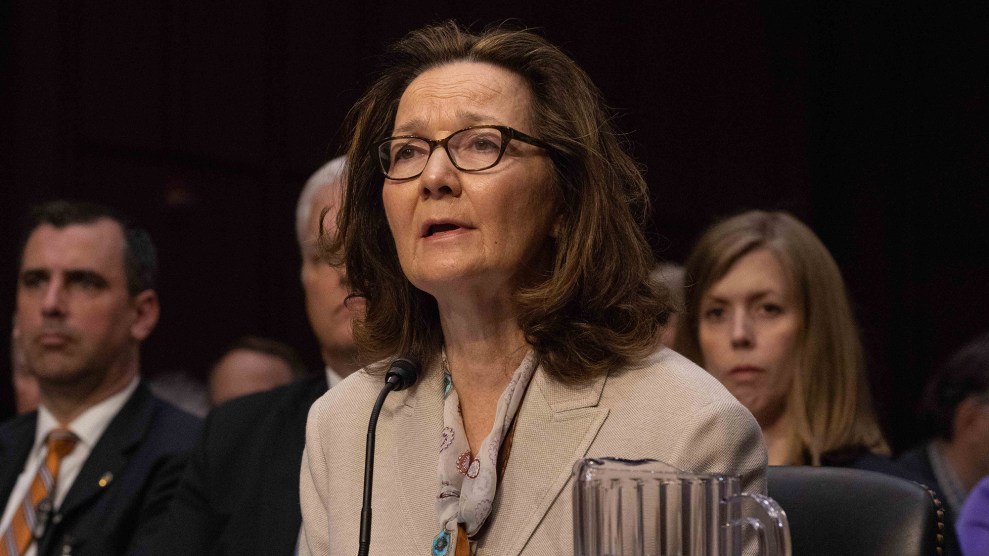 One of the Senate’s most powerful Democrats said Tuesday that he will vote to confirm acting CIA Director Gina Haspel as the agency’s permanent director, despite concerns over her connections to the agency’s practice of torturing terrorism suspects after 9/11.

“There are valid questions that have been raised regarding [Haspel’s] record, and I have been frank with Ms. Haspel that I wish she had been more open with the American public during this process,” Sen. Mark Warner (D-Va.), the top Democrat on the Senate Intelligence Committee, said in a statement Tuesday afternoon. “However, in both our one-on-one meetings and in classified session before the Committee, I found Acting Director Haspel to be more forthcoming regarding her views on the interrogation program.”

The committee will vote Wednesday morning on whether to advance Haspel’s nomination to the full Senate. Sen. Diane Feinstein (D-Calif.), who was the top Democrat on the committee until November 2016, has said she’ll vote no, but Sen. Joe Manchin (D-W.Va.) has indicated he will vote yes, aligning with the Republicans on the committee who spent much of their time during her May 9 confirmation hearing praising her.

Warner said during that hearing that he was disappointed with Haspel’s answers related to the morality of the agency’s practices after 9/11. Warner repeatedly tried to get Haspel to address the morals and fundamental values behind the agency’s practice of torturing terror suspects, but Haspel wouldn’t bite. Warner asked Haspel, “With the benefit of hindsight, do you believe the program, the interrogation program, was consistent with American values?”

Haspel responded, “With some distance between us and the events of 9/11, the Congress, and indeed our nation, have had the opportunity to have a debate about the interrogation standards we want to use as the United States of America. We have decided to hold ourselves to a stricter moral standard…I support the United States holding itself to that stricter moral standard.” Warner called her answer “legalistic” and added that he needed a better sense of Haspel’s “moral code” before he decided whether to support her nomination.

On Monday, in a letter to Warner, Haspel tried to address Warner’s concerns. She said that as director she would “refuse to undertake any proposed activity that is contrary to my moral and ethical values”—a point she’d already made during her confirmation hearing—but went further than she did in the hearing in examining the agency’s use of torture and her role in it:

Over the last 17 years, the Agency and I have learned the hard lessons since 9/11. While I won’t condemn those that made these hard calls, and I have noted the valuable intelligence collected, the program ultimately did damage to our officers and our standing in the world. With the benefit of hindsight and my experience as a senior Agency leader, the enhanced interrogation program is not one the CIA should have undertaken.

Haspel also expressed regret that the CIA had initially withheld information about enhanced interrogation from the Senate Intelligence Committee, saying that it was “a mistake not to brief the entire Committee at the beginning.”