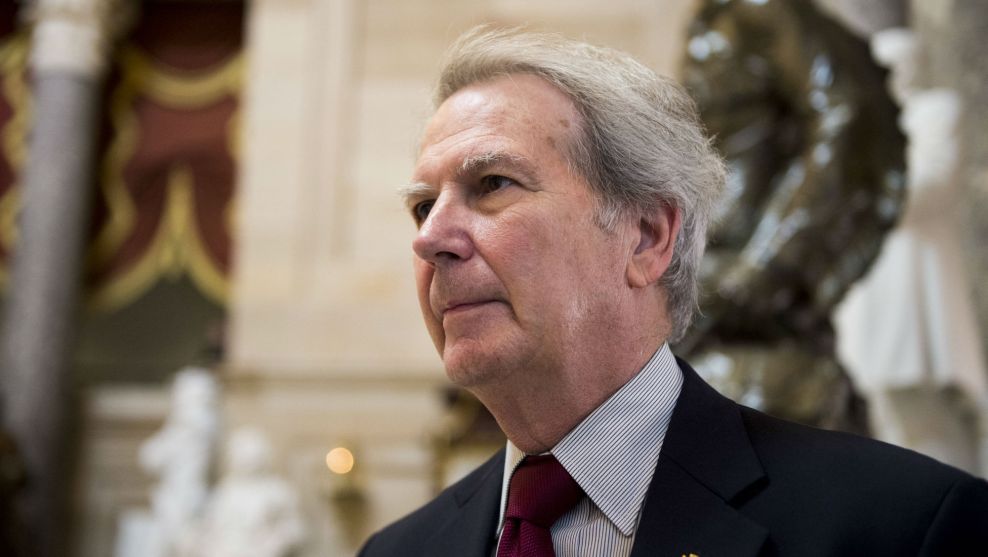 Jones’ victory, called by the Associated Press, virtually guarantees him another term representing North Carolina’s 3rd Congressional District, which Trump won by about 20 percentage points in 2016. No Democrats filed to run in 2018.

About 45 percent of voters had cast their ballots by 9:30 p.m. Eastern in the three-way primary for Jones, a staunchly conservative Catholic who occasionally has butted heads with GOP leadership over the years, most notably when he came to oppose the Iraq War. Recently, he voted against the Tax Cuts and Jobs Act, saying he was unwilling to vote for a bill that added so much to the national debt.

Dacey, a Craven County commissioner, tied himself to Trump from the beginning of his campaign. “I’ll be the very best lobbyist Donald Trump could possibly have serving in Congress to advance his agenda,” Dacey told the News and Observer in February. Jones, he argued, was in the president’s way.

The final candidate, business systems analyst Phil Law, had nearly a third of the vote by 9:30 p.m. Eastern.

Jones’ district, along North Carolina’s southeastern coast, includes Camp Lejeune, a US Marine Corps base that is home to about 41,000 Marines.

Jones, first elected to his seat in 1994, has voted consistently in ways that he believes support military families—sometimes to the chagrin of his fellow Republicans.  After initially supporting the Iraq War—and leading the charge to rename French fries and French toast in the House’s cafeteria—he did an about-face while attending a funeral of a marine at Camp Lejeune. He later pressed the Bush administration to develop a timeline to withdraw from Iraq.

According to FiveThirtyEight, Jones has voted with Trump 53 percent of the time—the least of any Republican member of Congress—which contributed to Dacey’s challenge from his right. Should Jones win in November, this thirteenth term will likely be his last. He told the News and Observer he would not run again in 2020.

In North Carolina’s 9th Congressional District, former pastor Mark Harris unexpectedly ousted incumbent Robert Pittenger to win the GOP nomination for the House seat. The district —which stretches from Charlotte to Fayetteville—was widely viewed as one of the most competitive races on the ballot.

Both candidates tried to position themselves as the true Trump Republican. This was the second time Harris, rumored to be one of Trump’s spiritual advisers, challenged Pittenger for the seat. Harris lost in 2016 by just 134 votes.

Harris will face Democrat Dan McCready, who co-owns a solar energy business, in November. A Democratic victory in such heavily gerrymandered districts is improbable, but one Democratic consultant told the Charlotte Observer that he sees McCready as this state’s Conor Lamb, the Democrat who won a special election in Pennsylvania’s 18th district in March.

This post has been updated to include North Carolina’s District 9 results.