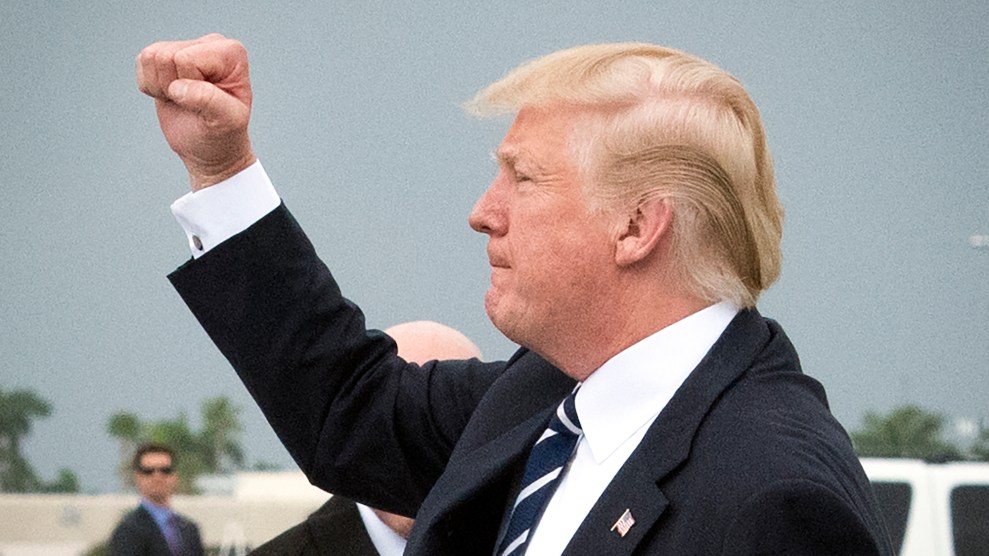 In a move emblematic of his increasingly confrontational approach to Special Counsel Robert Mueller’s Russia investigation, President Donald Trump is once again shaking up his legal team.

The White House on Wednesday confirmed that Trump is hiring Emmet Flood, a veteran attorney who represented Bill Clinton during his impeachment, to replace Ty Cobb, the White House lawyer who oversaw dealings with Mueller’s office. Whereas Cobb was as an advocate for cooperation with Mueller, Flood is expected to back the more aggressive approach Trump seems to favor, according to the New York Times.

Earlier Wednesday, Trump made perhaps his most direct public threats yet aimed at the Justice Department and its oversight of Mueller’s probe. Trump said on Twitter that he might “have no choice but to use the powers granted to the Presidency and get involved” to assist conservatives in the House of Representatives who are threatening to try to impeach Deputy Attorney General Rod Rosenstein for refusing to turn over documents related to Rosenstein’s appointment of Mueller last year. Trump’s tweet can be read as a threat to fire Rosenstein, who pushed back against House Republicans on Tuesday.

“There have been people who have been making threats privately and publicly against me for quite some time,” Rosenstein said. “And I think they should understand by now the Department of Justice is not going to be extorted. We’re going to do what is required by the rule of law and any kind of threats that anybody makes are not going to affect the way we do our jobs.”

Cobb’s exit seems likely to escalate tensions between Trump allies and the DOJ and could increase the likelihood that Trump will attempt to reign in the Russia probe or oust Rosenstein or Mueller.

Cobb had encouraged Trump to cooperate with the inquiry, reportedly urging the president not to attack Mueller publicly—advice Trump has increasingly ignored. Cobb asserted in March that Trump had not entertained the possibility of firing Mueller, but Trump recently suggested that he is indeed considering doing so. Cobb also reportedly assured Trump that Mueller’s probe would conclude in 2017, a prediction that proved incorrect.

Cobb appears to have viewed his White House work as public service, an effort to prevent a pitched fight between Trump and prosecutors. In an odd email exchange last year with a restaurant owner who later shared the communications with Mother Jones, Cobb said he serving in the White House because “more adults” were needed there. In remarks reported Wednesday by the Times, Cobb cited his service. “It has been an honor to serve the country in this capacity at the White House,” he said. “I wish everybody well moving forward.”

In March, Trump disputed an earlier Times report that he was considering hiring Flood due to unhappiness with his lawyers. “The Failing New York Times purposely wrote a false story stating that I am unhappy with my legal team on the Russia case and am going to add another lawyer to help out. Wrong,” Trump tweeted. “I am VERY happy with my lawyers, John Dowd, Ty Cobb and Jay Sekulow.”