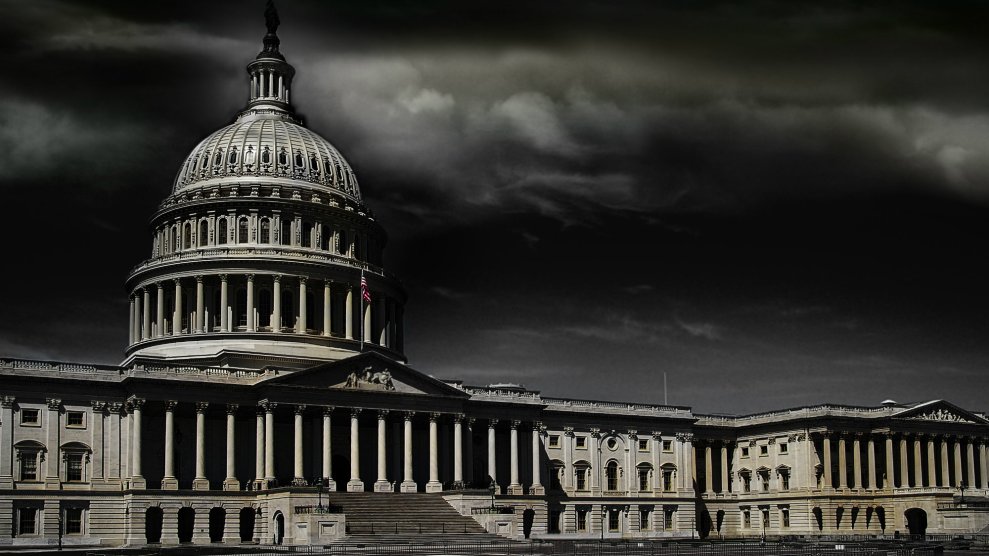 “Many current and former staff have spoken publicly about their own experiences, often describing a climate of fear, a burdensome and confusing reporting process, and a system designed to protect congressional offices at the expense of victims,” the letter says. It was addressed to Senate Majority Leader Mitch McConnell (R-Ky.), Senate Minority Leader Chuck Schumer (D-N.Y.), Senate Rules Committee Chairman Richard Shelby (R-Ala.), and Ranking Member Amy Klobuchar (D-Minn.).

In the wake of the #MeToo movement last year, a group of former congressional staff created Congress Too, an organization that attempts to combat sexual harassment in the congressional workplace. They orchestrated both this letter and a similar one they sent to House leadership in November advocating for increased transparency, and calling existing policies inadequate.

“A cascade of troubling news stories has only reinforced the urgent need for reform,” the letter to the Senate says, referring to a November CNN story documenting the sexual harassment stories of more than 50 staffers.

The sexual harassment problem in Congress is not a novel concern. For decades, women who worked on Capitol Hill—from interns to staff members—have described inappropriate behavior by elected officials who faced few consequences for their actions. But the momentum of the #MeToo movement pushed the issue into the public eye last year. Since then, at least six members of Congress have been accused of sexually harassing staff, including Rep. Pat Meehan (R-Pa.), a member of the committee tasked with investigating accusations of harassment against members of Congress. (Earlier this year, he announced that he would not run for reelection.) Last year four female senators shared their own experiences of sexual harassment and assault while working on the Hill.

The “burdensome and confusing” process for addressing sexual harassment in Congress that the letter describes goes something like this. Staff who have been harassed have 180 days to file a complaint with the little-known Office of Compliance. They must then undergo up to a month of legal counseling and then a mandatory “mediation” involving a taxpayer-funded lawyer representing the congressional office’s interest. If no settlement is reached, the victim must wait through a month-long “cooling-off” period before filing a lawsuit or requesting a hearing. Should a settlement be reached, it usually includes a nondisclosure agreement—and the member of Congress uses taxpayer dollars to pay the victim. Since 1997, the US Treasury has shelled out more than $17 million for Capitol Hill workplace violations in the form of awards and settlements.

In February, the House passed a major bipartisan reform bill overhauling this process, prohibiting the accused from using taxpayer dollars to settle sexual harassment suits and giving victims more rights and resources. However, Senate action is necessary to make changes to the 1995 Congressional Accountability Act, which outlines the complaint process and the sources of settlement money. The Senate has been accused of being hesitant to respond after failing to include reforms to the 23-year-old act in a March omnibus spending bill.

Last month, in a separate letter to McConnell and Schumer, all 22 female senators expressed their disappointment that the Senate has not enacted “meaningful reform.”

“As former staffers who care deeply about Congress, we are working to support changes that will benefit the institution as a whole by improving the environment for everyone who serves there,” Kristin Nicholson and Travis Moore, co-founders of Congress Too, said in a joint statement. “We hope that Senators will take advantage of the momentum that exists on this issue and pass bipartisan reforms to ensure Congress is a safe and supportive workplace for all.”

Read the full Congress Too letter below: