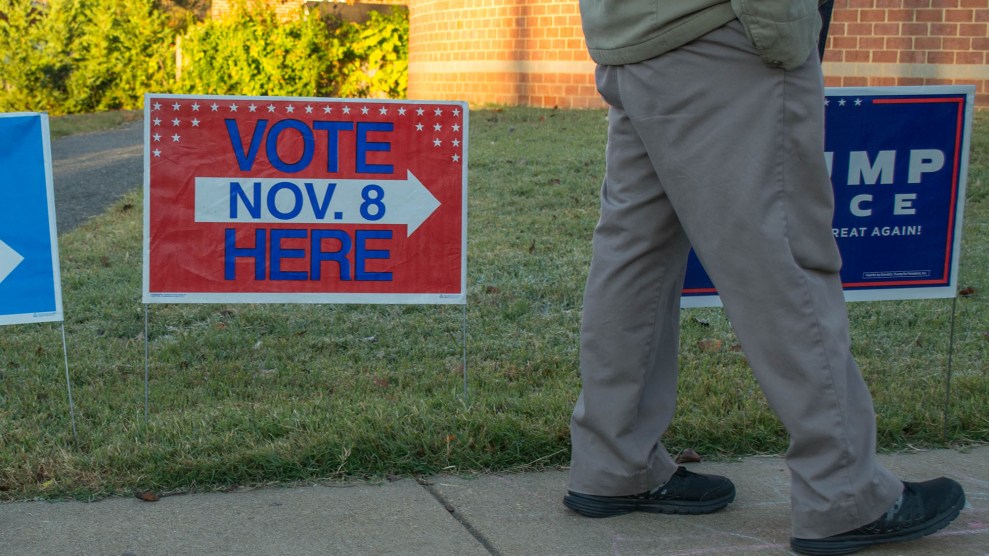 A conservative activist and voter fraud alarmist is facing a federal lawsuit Thursday over dubious allegations of massive voter fraud in Virginia. A civil rights group and four Virginia voters filed a suit against J. Christian Adams and the legal outfit he runs, alleging that Adams and the group violated state and federal law when it accused thousands of Virginians, many of them eligible citizens, of voting illegally.

Adams, a former member of President Donald Trump’s voter fraud commission, is the president and general counsel of the Public Interest Legal Foundation (PILF), which in 2016 and 2017 published two reports alleging that thousands of “aliens” had committed felony voter fraud in Virginia and, in indexes to the reports, published personally identifiable information about those people. But many of Adams’ would-be criminals are in fact eligible voters, including all of the plaintiffs.

In the lawsuit, a local Virginia chapter of the League of United Latin American Citizens and four individuals allege that Adams and his legal firm violated state defamation laws, as well as federal civil rights laws that protect against voter intimidation. The lawsuit alleges that the reports Adams published are a form of voter intimidation against the people named in the report, and put them at risk by publishing their personal information alongside the allegation that they are felons.

The two reports, “Alien Invasion in Virginia” and “Alien Invasion II” used a flawed methodology in order to claim that more than than 5,500 non-citizens had registered to vote, and that 1,852 of those people cast nearly 7,500 ballots over last few decades. The reports claimed that PILF had obtained the names of thousands of voters who had likely committed felonies by registering to vote and casting a ballot. The reports’ indexes included names of these accused individuals, along with personal information including home addresses, phone numbers, and even some Social Security numbers (which were later redacted).

The group promoted its reports to conservative media, and Adams submitted them as evidence of voter fraud to the Presidential Advisory Commission on Election Integrity, the panel Trump convened last May after claiming that up to 5 million people voted cast fraudulent ballots in the 2016 elections. The president disbanded the commission, which was besieged by lawsuits, in January.

Mother Jones reported on the faulty methodology in Adams’ reports last summer, after Adams joined the commission. The data analysis in the reports is “not just incredibly inflated; [it’s] designed—and specifically designed—to get inaccurate information,” election law expert and former Justice Department official Justin Levitt told Mother Jones last year. Adams and his colleagues based their research on forms that Virginians fill out at the DMV, which include a question on citizenship status. Anyone who indicates that they are not a citizen, or fails to check a box, can be removed from the rolls. The reports’ findings did not take into account how many people could have erroneously checked the wrong box, or no box at all, which local officials say happens often. Adams acknowledged in an email to Mother Jones last year that his report may include eligible voters, but blamed the state, which furnished the data, for any errors.

PILF responded to the lawsuit Thursday with a statement making that same argument. “All documents and information included in the PILF report are from public documents from publicly available sources,” the statement says. “Any incorrect information is from the public records. The lawsuit against PILF is frivolous and intended to interfere with its mission of supporting the enforcement of the laws of the United States and the states against illegal voting by noncitizens.”

A former Justice Department attorney, Adams is among a small group of conservative lawyers, many of whom were on Trump’s commission, who argue that voter fraud is rampant and that states and the US government need more restrictive voter laws. (Research shows the actual incidence of in-person voter fraud, however, is virtually nonexistent.) Adams is also among a handful of attorneys who have repeatedly sue counties around the country to force them to purge their voter rolls. The “Alien Invasion” reports were submitted as evidence of fraud to Trump’s panel. Kansas Secretary of State Kris Kobach, the nation’s most prominent voter fraud alarmist, cited the reports in federal court last month in support of a law to require proof of citizenship in order to register in Kansas.

But voter restriction activism has hit roadblocks recently in court. Last month, Adams lost a major case in Florida where he tried to force Broward County, a large Democratic-leaning county in a swing state, to purge its voter rolls. In the same trial where he cited Adams’ reports, Kobach struggled to prove the existence of widespread voter fraud in Kansas, and the trial was widely seen as an embarrassment for him and his assertions of fraud. If the lawsuit filed Thursday against Adams is not immediately dismissed, Adams will also have to defend his work in court.