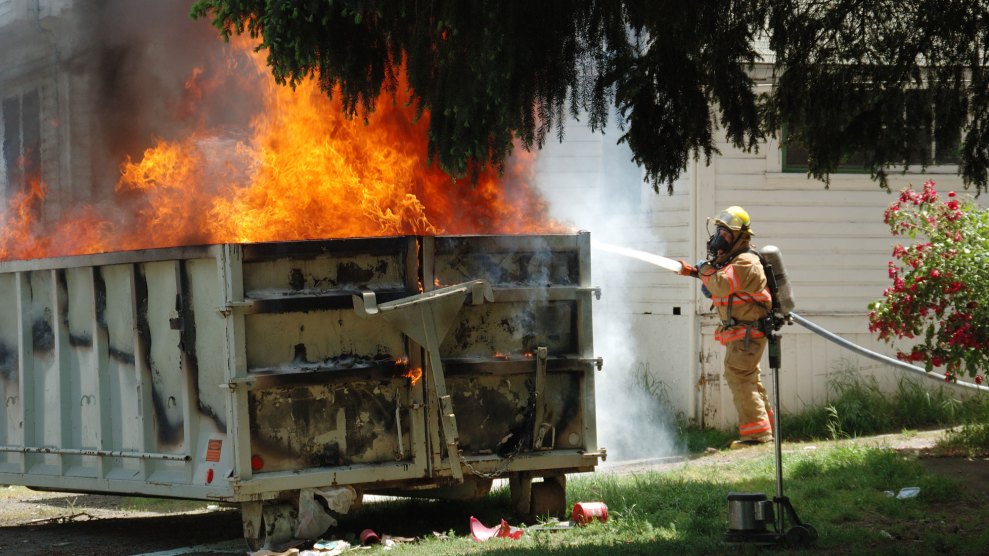 On Tuesday, voters in Pennsylvania’s 18th congressional district will choose a replacement for disgraced former Rep. Tim Murphy, a pro-life Republican who resigned from Congress last year after allegedly pressuring his mistress to get an abortion. The 18th district is heavily Republican—President Donald Trump carried it by nearly 20 points—and the fact that Democrat Conor Lamb, an ex-Marine and former prosecutor, even has a shot at defeating GOP state Sen. Rick Saccone has set off some alarm bells in Washington. But rest assured, Republicans think they know what the problem is:

One senior Republican strategist warned that, based on the party’s performance in special elections so far, if Republicans “cannot come up with better candidates and better campaigns, this cycle is going to be even worse than anybody ever thought it could be.”

Never mind, that’s actually a Republican operative trashing now-Rep. Greg Gianforte to Politico ahead of last May’s special election in Montana. Gianforte narrowly beat Democrat Rob Quist, despite choke-slamming a reporter and lying about it to the police. We were talking about Pennsylvania:

With the election still days away, some Republicans are already pointing fingers…In the White House, some officials have privately derided [the candidate] as a frequent candidate for public office who isn’t the kind of fresh face necessary to win.

But seriously, on to Pennsylvania. The knives really are out for Saccone. Politico, citing interviews with “nearly two dozen administration officials, senior House Republicans and top party strategists,” reported last week that “Saccone was nearly universally panned as a deeply underwhelming candidate who leaned excessively on the national party to execute a massive, multimillion-dollar rescue effort.” And evidently those top Republican officials include Trump, who, Axios reported, has privately trashed Saccone as “weak.”

“Weak”! That’s not something the White House says about just anyone—unless they’re a Republican running in a special election in the last 12 months, in which case it’s what they say about literally everyone.

Saccone has struggled with fundraising; Estes did run a ridiculous ad; Handel was a repeat candidate; and Gianforte really was vulnerable to attacks about his record on public lands. (Did we mention that he assaulted a reporter and lied about it?) But what those four candidates have in common isn’t a uniquely lousy campaign style—the halls of Congress are filled with mediocre politicians who simply don’t need to be very good candidates. Rather, it’s the environment they’re running in right now. Saccone is in a close race because the fundamentals of national politics have changed so dramatically from where they were in 2016 that an uncompetitive district where Democrats hadn’t fielded a candidate for two consecutive elections could very possibly flip.

It’s a terrifying thought for Republicans. With the midterms creeping ever closer, they won’t be able to pin their problems on lousy special-election candidates forever.