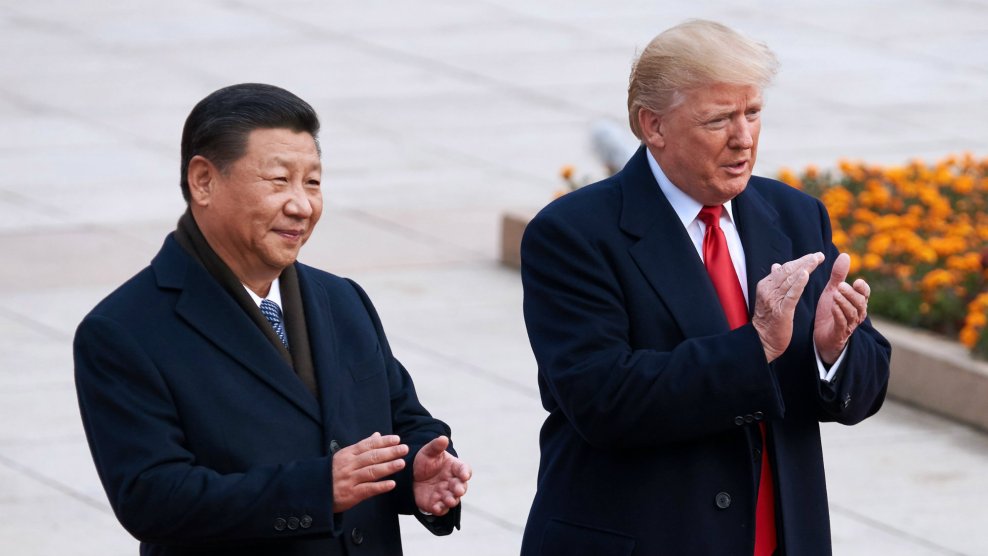 A coalition of major US business groups is ramping up its opposition to President Trump’s reported plan to impose new tariffs on Chinese imports, potentially focusing on telecommunications and technology.

In recent days, officials at the US Chamber of Commerce, the Information Technology Industry Council, and the Consumer Technology Association—three of Washington’s biggest tech industry trade groups—drafted a letter intended for the White House outlining their opposition to new Trump tariffs. The letter signals what could be a coming battle between the Chamber, long an ally of Republican politicians and presidents, and the Trump administration.

A draft of the letter viewed by Mother Jones argues that “sweeping tariffs would trigger a chain reaction of negative consequences for the US economy, provoking retaliation; stifling US agriculture, goods, and services exports; and raising costs for businesses and consumers. The Administration should not respond to unfair Chinese practices and policies by imposing tariffs or other measures that will harm US companies, workers, farmers, ranchers, consumers, and investors.”

According to a source with knowledge of the effort, 40 trade associations had agreed to sign on to the statement by Friday evening. The letter is expected to be released early next week.

The Trump administration has argued that new sanctions are needed because—as many believe—China forces US companies to give up trade secrets and other intellectual property in exchange for the right to do business inside the country. Last August, at the instruction of the president, US Trade Representative Robert Lighthizer opened an investigation under the Trade Act of 1974 into whether related Chinese policies compel put American companies at an unfair competitive disadvantage.

Trump has personally has talked about targeting China on issues of trade, intellectual property, and currency manipulation for years, going back to his 2016 presidential bid.

In January 2016, he tossed out the idea of a 45 percent tariff on Chinese imports. At a recent campaign rally in Tampa, he singled out China by name. “I’m going to instruct my treasury secretary to label China a currency manipulator, the greatest in the world,” he said. “Any country that devalues their currency in order to take unfair advantage of the United States, and all of its companies who can’t compete, will face tariffs and taxes to stop the cheating. And when they see that, they will stop the cheating.”

Reuters reported last week that Trump was considering tariffs on as much as $60 billion in Chinese goods, and that those tariffs could come “in the very near future.” The US Trade Representative’s office had already pitched a plan to Trump that would impose $30 billion in tariffs on Chinese imports, but according to Politico, the president told Lighthizer to increase the size of the tariffs even more.

Earlier this month, Trump signed orders calling for a 25 percent tariff on steel imports and 10 percent tariff on aluminum imports. Gary Cohn, the president’s top economic adviser, had opposed the tariffs, and he resigned soon after Trump announced the plan.

According to multiple reports, an announcement about new China tariffs could come as soon as this week.