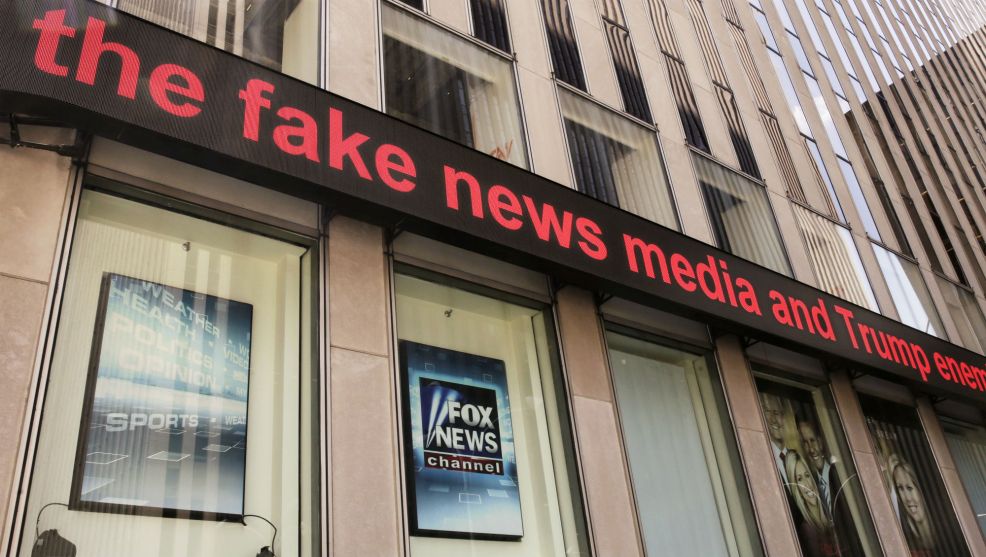 The parents of Seth Rich, the 27-year-old Democratic National Committee staffer who was shot to death in 2016 and whose killing was twisted into a vast and winding conspiracy by the far right, have filed a federal lawsuit against Fox News, a Fox News reporter, and a Fox guest.

The suit accuses Fox News, reporter Malia Zimmerman, and occasional guest Ed Butowsky of having “intentionally exploited” Seth Rich’s death by promoting the theory that Rich was killed after he leaked thousands of Democratic Party emails to WikiLeaks. (The nation’s intelligence agencies have concluded that the Russian government directed the hack of Democratic emails.) The suit also claims that the defendants acted in such a way that made it appear as if Joel and Mary Rich, Seth’s parents, “were involved in and confirmed the substance of this smear campaign.”

Rich was shot twice in the early morning hours of July 10, 2016, not far from his home in Washington, DC. He died soon after at a nearby hospital. His killers were never caught. DC police have said they believe Rich’s killing was the result of a botched robbery. However, in the absence of definitive answers, conspiracy theories have proliferated online claiming—without evidence—that Rich was murdered under more suspicious circumstances.

On May 16, 2017, almost a year after Rich’s death, Zimmerman published a story that seemed to bolster these theories, titled “Slain DNC Staffer Had Contact with WikiLeaks Say Multiple Sources.” The report quoted an unnamed federal investigator who claimed to have “seen and read the emails between Seth Rich and Wikileaks” and was heavily promoted on Fox. Host Sean Hannity peddled Zimmerman’s findings on multiple occasions, and other Fox talking heads repeated them as well, including hosts Steve Doocy and Lou Dobbs and former House Speaker (and frequent Fox guest) Newt Gingrich.

Yet a week later, Fox retracted the story after the Rich family filed a complaint and the sources for Zimmerman’s report refuted what she had written. (One of Zimmerman’s supposed sources, a private investigator named Rod Wheeler, later filed his own suit against Fox News, Zimmerman, and Butowsky for allegedly fabricating quotes attributed to Wheeler that connected Rich to WikiLeaks.)

According to the Riches’ complaint, Butowsky, an occasional Fox guest and longtime Republican surrogate based in Texas, allegedly conspired with Zimmerman to promote the claims about Rich and WikiLeaks. The complaint says that Butowsky pushed Zimmerman’s story as a way to dispute the intelligence community’s conclusion that Russia was behind the Democratic cyberattacks and that there was any collusion between people in Donald Trump’s orbit and Russia:

Butowsky tells Fox producers and talent that a big conclusion of Zimmerman's story is Russian did not hack US computer systems (p. 13)
View entire document on DocumentCloud

After Fox retracted its Rich story, Butowsky contended that “every word” of the story was true and has continued to broadly push that theory.

The suit, filed on Tuesday in the Southern District of New York, alleges that the network, Zimmerman, and Butowsky acted “with disregard for the obvious harm that their actions would cause Joel and Mary” Rich. In their suit, the Riches say they have exhibited symptoms of post-traumatic stress disorder and obsessive compulsive disorder stemming from their son’s death and the conspiracy theories that followed. The family notes it has installed three security cameras outside its house to “detect unwanted visitors.”

“No parent should ever have to live through what we have been forced to endure,” Joel and Mary Rich said in a joint statement. “The pain and anguish that comes from seeing your murdered son’s life and legacy treated as a mere political football is beyond comprehension.”

Fox News said in a statement: “We can’t comment on this pending litigation.” Butowsky told ABC News in an interview that the lawsuit is “one of the dumbest” he’d ever seen. “Mr. and Mrs. Rich should come forward and be honest with people,” he said.

The complaint says the Rich family is seeking monetary damages to be determined by a jury trial.