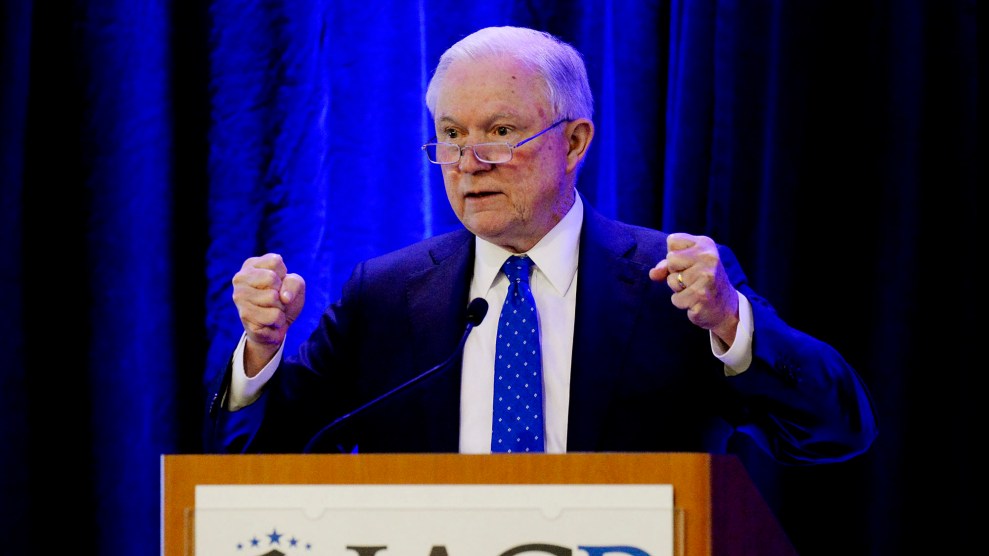 Attorney General Jeff Sessions issued a memo to federal prosecutors on Wednesday, instructing them to pursue the death penalty in drug-related cases, including “dealing in extremely large quantities of drugs,” as part of their response to the opioid epidemic. The guidance comes a day after President Donald Trump touted his proposal of executing drug dealers at a speech in New Hampshire with Sessions at his side. “If we don’t get tough on the drug dealers, we are wasting our time,” Trump said during the speech. “And that toughness includes the death penalty.”

In fighting the opioid epidemic, prosecutors should “include the pursuit of capital punishment in appropriate cases,” Sessions says in his one-page memo to US attorneys. Sessions’ recommendations are limited to large-scale drug dealers, and also include pursing the death penalty for drug-related crimes that are connected to murder, not just drug dealing.

“Congress has passed several statutes that provide the Department with the ability to seek capital punishment for certain drug-related crimes,” the memo reads. “Among these are statutes that punish certain racketeering activities (18 U.S.C. § 1959); the use of a firearm resulting in death during a drug trafficking crime (18 U.S.C. § 924(j)); murder in furtherance of a continuing criminal enterprise (21 U.S.C. § 848(e)); and dealing in extremely large quantities of drugs (18 U.S.C. § 3591(b)(1)). I strongly encourage federal prosecutors to use these statutes, when appropriate, to aid in our continuing fight against drug trafficking and the destruction it causes in our nation.”

Sessions is asking prosecutors to wade into uncharted territory. The statute he cites in reference to trafficking large quantities of drugs has never been used to seek the death penalty before. Any attempt to use them to impose the death penalty for a case where homicide is not also a factor is likely to be challenged as unconstitutional by the ACLU and other groups. “Drug trafficking is not an offense for which someone can receive the death penalty,” ACLU Deputy Director Jesselyn McCurdy said in a statement Monday after the White House proposed the death penalty for drug dealers. “The Supreme Court has repeatedly and consistently rejected the use of the death penalty in cases where there has been no murder by the convicted individual.”

Sessions’ memo comes amid rumors that the attorney general’s job is in jeopardy. Last Friday, Sessions fired Andrew McCabe, the former deputy FBI director, hours before McCabe could retire—something that Trump had urged him to do.