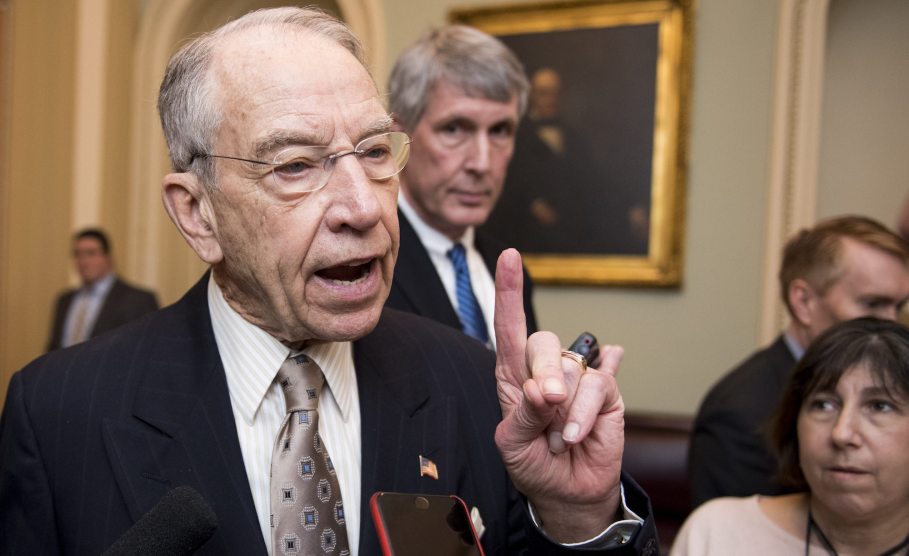 A former FBI informant who GOP lawmakers have claimed could implicate the Clintons in the so-called Uranium One scandal failed to produce any evidence of wrongdoing by the Clintons or anyone else during a February 7 interview with staffers of three congressional committees, Democrats on the House Oversight and Government Reform Committee say in a summary of the meeting released Thursday.

For months Republicans have said the informant, a former lobbyist named William D. Campbell, had explosive information regarding the sale of Uranium One, a Canadian firm that owned mines in the United States, to Rosatom, a Russian-state owned company. They claimed that Campbell could shed light on how Russians exerted influence over then-Secretary of State Hillary Clinton—allegedly steering money to her family foundation—in order to win approval of the sale. Senate Judiciary Chairman Chuck Grassley and several House Republicans cited Campbell’s claims to urge the appointment of a new special counsel to investigate the Uranium One sale. But lately, Republicans have largely stopped talking about Campbell. His recent congressional interview may help explain why.

During the meeting, Campbell admitted that he lacked knowledge of the interagency review process through which the sale was approved. Campbell said he “looked on Google to see” how the process worked, according to Democrats, who also note that he “identified no evidence that Secretary Hillary Clinton, President Bill Clinton, or anyone from the Obama Administration took any actions as a result of” Russian influence.

Justice Department officials last year told the House Oversight Committee that Campbell did serve as an informant for the FBI, providing information about illegal activity by Vadim Mikerin, an official of a Rosatom subsidiary called Tenex who was later convicted of paying bribes and kickbacks related to contracts for uranium transport in the United States. But Campbell never offered his FBI handlers information about Clinton, the officials said.

Campbell confirmed that account during his February interview, Democrats say. He told Hill staffers he “did not recall telling his FBI handlers about any statements regarding attempts to influence the Clintons.”

The FBI, as Mother Jones has reported, decided against using Campbell as a witness against Mikerin after developing concerns about his credibility due to inconsistencies in his claims. Agents believed there was a “high chance” that he engaged in illegal activity that he hid from the government, according to Democrats.

Campbell appears to have begun claiming to have information related to Clinton last year, as congressional Republicans cast about for issues related to Clinton and Russia that they could use to push back on investigations into the Trump campaign’s suspected coordination with Russia. Campbell’s new claims came after he hired Victoria Toensing, a conservative pundit known for virulently anti-Clinton views, as his attorney.

Last year, Campbell began asserting through Toensing that Tenex officials had told him they had leverage over Clinton and claiming they hired a lobbying firm, APCO, which also did work for the Clinton Foundation, to influence her.

But Campbell told Hill staffers last month that he “did not take seriously” those comments at the time. He said he considered them “vodka-arrogant talk.”