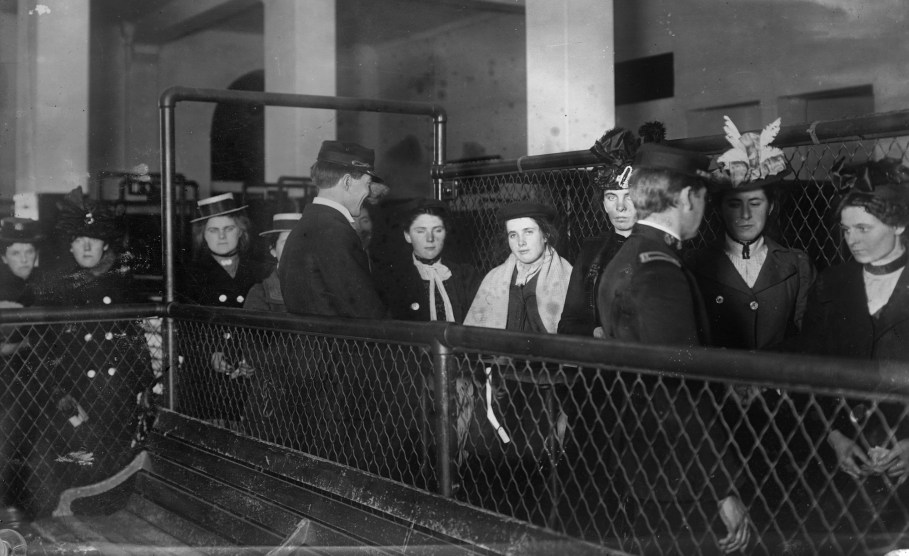 Rep. Andy Harris (R-Md.) thinks President Donald Trump’s immigration framework goes too easy on undocumented immigrants. Appearing last week on a Baltimore radio program, he blasted Trump’s proposed pathway to citizenship for Dreamers—undocumented immigrants who came to United States as children—as an “amnesty” plan. Instead, along with 87 colleagues, he supports a more extreme House Republican proposal that would sharply curtail legal immigration and treat Dreamers as criminals if they fall into poverty.

So it might come as a surprise that Harris is a leader of a group that celebrates an immigrant tradition. The son of immigrants who fled Hungary and Ukraine after World War II, Harris co-chairs the Congressional Hungarian Caucus, a bipartisan group that aims to “represent interests of Hungarian American constituents.”

Harris is not alone among immigration hardliners in his advocacy for existing immigrant populations. He is just one of 11 co-sponsors of the House Republican bill who chair one of the more than 60 congressional caucuses that advocate on behalf of other nations, their immigrants, and those immigrants’ descendants. These lawmakers celebrate their own immigrant heritage as they voice support for ending the legal immigration practices that helped bring most of those immigrants to America in the first place.

Congressional caucuses are informal bodies that direct policy activity around a particular issue and serve as forums for information exchange, says Matt Glassman, a senior fellow at Georgetown University’s Government Affairs Institute who studied caucuses for the Congressional Research Service. The ethnic- and country-focused groups, like the Congressional Italian American Caucus and the Congressional Friends of Ireland Caucus, are typically bipartisan, serving to highlight immigrants’ contributions while also strengthening diplomatic ties with their countries of origin. Members of Congress might join one because of their own personal heritage, or to show support for an ethnic group that dominates their districts. Unlike powerful legislative blocs like the House Freedom Caucus or the Congressional Black Caucus, however, these caucuses typically serve as “interest group box-checking,” says Glassman. “I think of the vast majority of caucuses as signals to voters, more so than influencing the legislative processes.”

Some of the fiercest critics of immigration are among the most vocal cheerleaders of immigrant heritage, including their own. Rep. Lou Barletta (R-Pa.)—a grandson of Italian immigrants and member of the Congressional Italian American Caucus, who has supported legislation to celebrate Italian Heritage Month—recently wrote an op-ed urging an end to “chain migration,” a term used by immigration opponents to describe the practice of allowing immigrants to join their families in the United States. Rep. Glenn Thompson (R-Pa.), a co-chair of the German-American Caucus who has said Pennsylvania is “proud of its German heritage,” called Trump’s immigration plan “reasonable” and said in 2009 that “if they [immigrants] are here illegally, it may be a good time for them to go home.” And Rep. Jim Sensenbrenner (R-Wis.), a co-chair of both the Congressional Friends of Norway Caucus and the Congressional Friends of Liechtenstein Caucus—roles his office says stem from diplomatic efforts, cultural interest, and family relations—introduced his own hardline immigration bill in 2005, which would have criminalized living in the United States as an undocumented immigrant. All three are co-sponsors of the House Republican immigration bill, which has little chance of becoming law.

GOP hardliners have attempted to reconcile this conflict by separating the past from the present. “If people coming into the United States don’t have a job, that weighs on local resources,” says an aide to Barletta, arguing that today’s 327 million Americans strain land and economic opportunity more than ever before. Barletta, who previously served as mayor of Hazleton, Pennsylvania, passed the nation’s first local ordinance that punished employers and landlords for hiring or leasing to undocumented immigrants, a response to Central American immigrants settling in the small city. The aide said these measures help keep revenue and population growing at the same rate.

Thomas Guglielmo, a scholar of American immigration history at George Washington University, says the tendency to celebrate old immigrant populations while demonizing new ones has a long history. In the 1920s, Congress established a policy that set quotas based on the number of immigrants already in the United States from each country. The system significantly restricted southern and eastern European immigrants while favoring those from northern and western Europe, which had sent the first mass wave of immigrants to the United States in the mid-19th century. As the second wave of immigrants—who came from eastern and southern Europe in the early 20th century—gained political power, they advocated for a new system that prioritized family ties, giving immigrants from their homelands a leg up over those from elsewhere in the world.

After the 1965 Immigration and Nationality Act curtailed immigration from Europe, Irish- and Italian-American lawmakers led the push to establish the diversity immigrant visa lottery, which provides visas to people from countries with low rates of immigration to the United States. Thanks in part to the lottery, the share of immigrants from outside Europe has increased from one out of eight in 1960 to nine out of 10 in 2010. Republicans are now trying to end the diversity lottery.

Guglielmo says many lawmakers fail to recognize the similarities in the struggles of the European immigrants of the past and the immigrants from elsewhere in the world today. “These folks who revel in their Euro-ethnic heritage don’t really understand that history at all,” he says. “To the extent that they see difficulty in the past, it’s held up as this badge of honor.”