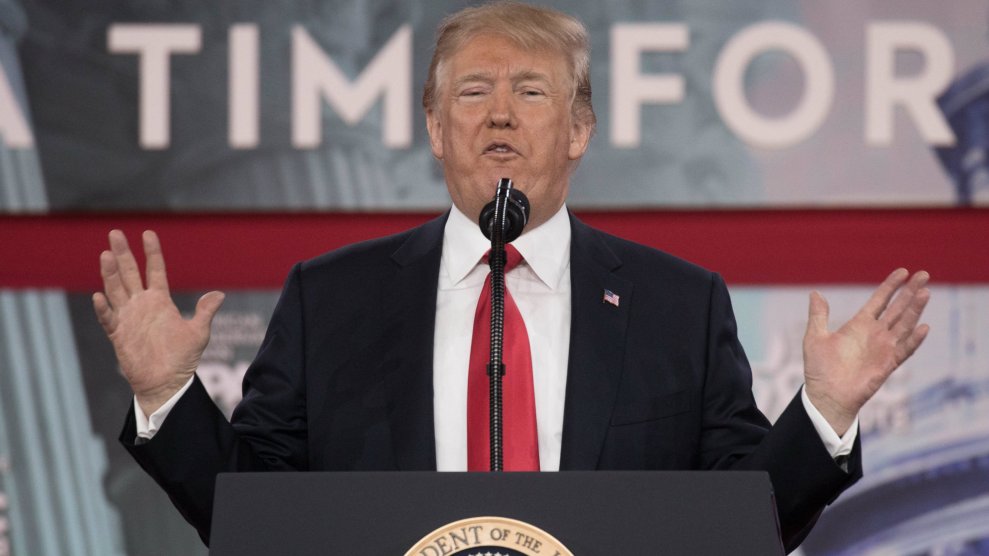 Donald Trump thinks drug dealers are just as “bad” as serial killers and should receive the death penalty for their crimes. According to Axios, the president has reportedly been telling those close to him that the only way to teach children to stay off drugs and to put an end to the opioid epidemic is to take the deterrence approach and execute high-level drug traffickers.

The president has always been a proponent of the death penalty. He once took out full-page advertisements in New York papers calling for the execution of five black and Latino teenagers who were accused of raping a woman in New York’s Central Park. Even though the teenagers were exonerated by DNA evidence in 2002, as late as 2016, Trump still insisted that they were guilty. But no matter how much he supports the death penalty, federal law experts explain that Trump’s desire to execute drug traffickers would face some very serious challenges.

His plan seems to have been inspired by Singapore’s “Misuse of Drugs Act,” which calls for the death penalty for drug traffickers. In the past, he’s also praised Filipino President Rodrigo Duterte for his handling of drug dealers, despite the fact that the international community has accused the Filipino strongman of extrajudicial killings of those suspected of trafficking drugs. But such draconian approaches would not quite work in the US.

Today, the federal government and the states only dole out the harshest punishment for murder if certain criteria are met. The first big obstacle Trump would run into while trying to implement the death penalty for drug traffickers is contained in a document cherished by conservatives: The Constitution. The Eighth Amendment prohibits cruel and unusual punishments. “The constitutional problems are insurmountable,” Monica Foster, the chief federal defender at the Indiana Federal Community Defender, says about Trump’s idea.

Most capital punishments are carried out on the state level, and federal executions have become exceedingly rare. Today, 63 people are awaiting death in federal prisons, compared with thousands who are on death row in the states. Between 1988, when the federal death penalty was reinstated, and 2016, only three federal inmates were put to death. The last to die was Louis Jones Jr. who was executed in 2003 for the 1995 kidnapping, rape, and murder of Tracie McBride. The case was considered a federal crime because it was committed on a US Air Force base.

Constitutional issues aside, the havoc such a law would wreak on the federal court system “would be monumental,” Foster says. She estimates that a quarter of the cases that she takes on in Indiana are drug cases, which require less work than death penalty cases. But should drug dealers face the death penalty, she says, “the court systems would be absolutely clogged.” Capital punishment appeals, which lawyers sometimes spend decades on, would also have a ripple effect on the rest of the court system. “If you have just one capital case, everything slows down,” Foster explains. Depending on what constitutes high-level drug trafficking, this proposed law “would have the possibility of bringing the federal courts to a halt.”

Add to these problems the fact that sentencing an inmate to death and carrying out the execution is expensive. According to the Death Penalty Information Center, the average trial in a federal death penalty case costs more than $600,000. Then the decades-long appeals process would also add hundreds of thousands of dollars to the final bill.

But even if the Trump administration altered the Constitution and found the money and resources to put drug dealers to death, it would have a hard time finding lethal injection drugs to complete the process.

But even if the Trump administration altered the Constitution and found the money and resources to put drug dealers to death, it would have a hard time finding lethal injection drugs to complete the process. In 2011, Hospira, the only American manufacturer of lethal injection drugs announced it would no longer produce sodium thiopental, a key ingredient in lethal cocktail drugs. Other companies began announcing that they would no longer sell their products to prisons that intended to use them for executions, leading to a massive shortages and forcing some states to pass laws that allow them to shroud the whole execution process in secrecy.

Most Americans do not share Trump’s enthusiasm for the death penalty. The high point for its popularity was in the 1990s and early 2000s. In May 2001, when the federal government executed Timothy McVeigh for the 1995 Oklahoma city bombing of a federal building that killed 168 people and injured hundreds more, 81 percent of Americans agreed with the punishment. But support for the death penalty has been on the decline over the last decade. A 2015 poll found that only 53 percent of Americans believed Dzhokhar Tsarnaev, the man convicted of planting bombs at the 2013 Boston Marathon that killed three people and injured nearly 300 more, should be executed by the federal government.

No matter how odious drug traffickers may be, they are not comparable to individuals like McVeigh, Tsarnaev, and Dylann Roof—the last person sentenced to death by the federal government for the racially-motivated murders of nine black people at a church in Charleston, South Carolina. “When Trump thinks of drug dealers, he thinks of Pablo Escobar,” Foster says. “But, your run-of-the-mill respectable drug dealer is usually a guy who deals to support his family—or his habit.”