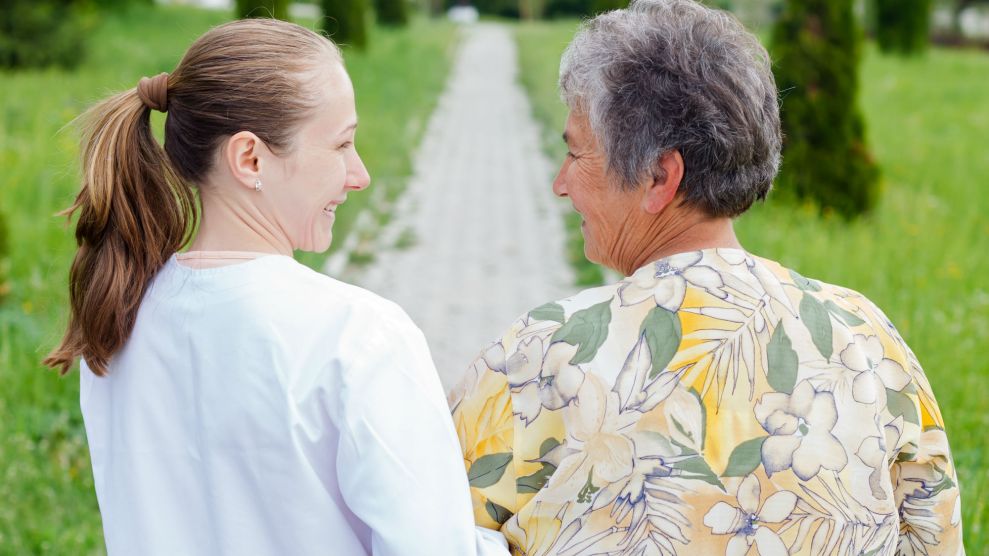 Mainers will soon get the chance to continue their streak of progressive ballot initiatives. The Maine People’s Alliance, the political advocacy group behind last year’s Medicaid expansion victory, announced Friday that it has collected enough signatures to put a Universal Home Care measure on the November ballot. If it is approved, Maine will be the first state to cover the steep cost of in-home care for the elderly and people with disabilities.

“We’re inspired by the enthusiasm that Mainers have for this bill and that this same spirit is being echoed across the country as momentum builds for a care infrastructure that works for seniors, family caregivers, and care workers,” said Janet Kim, a spokesperson for Caring Across Generations, a national home-care advocacy group that is backing the initiative. “Today, 67,000 Mainers are saying loud and clear that care can no longer be a burden shouldered alone, and that we have a collective responsibility to help each other care and age with dignity.”

Maine already has the oldest population of any state, and that trend is expected to continue: By 2030, the number of Mainers over the age of 65 will double to more than 200,000. The median cost to provide a person with in-home care is more than $50,000 a year, about the same as Maine’s median household income. But in-home services that aren’t directly related to medical treatment are not covered by Medicare. As a result, people who need help with basic living tasks (cooking, dressing, bathing, etc.) often pay out of pocket—unless their income is low enough that they qualify for Medicaid, which does pay for in-home care. Some elders rely on a family member who has quit work or taken a leave to care for them.

That’s where the Universal Home Care program comes in. The Maine proposal would raise money by placing a 3.8 percent tax on income and wages above $127,000. A new state board consisting of home care workers and consumers would direct the money to elders and people with disabilities requiring home assistance. The funds could not be used towards the costs of nursing home or other inpatient care. At least 77 percent of the money raised, according to the measure’s language, would go to cover the wages of home care workers.

Hawaii’s legislature approved a similar, albeit less expansive, program last year. That program, known as the Kupuna (“elder” in Hawaiian) Caregivers, will pay up to $70 a day to help a working family member cover the cost of home care for an elderly relative, as long as that family member works at least 30 hours a week outside the home.