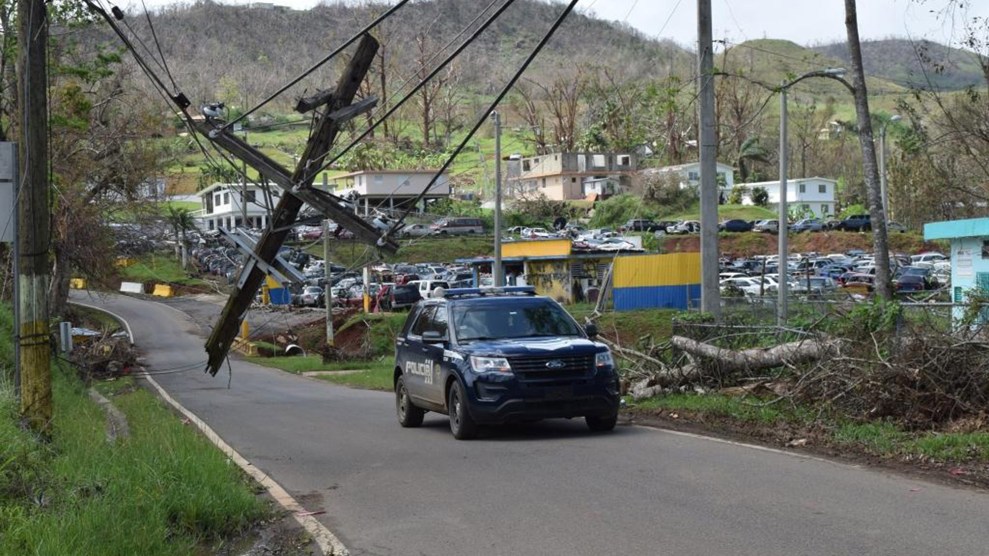 The governor of Puerto Rico on Thursday tasked the island’s Department of Justice with investigating whether officials at Puerto Rico’s power authority improperly concealed materials sent to the island, which could have delayed efforts repair its hurricane-battered electric grid.

“At a time when it is a priority to restore the power grid in Puerto Rico, I have ordered a legal analysis of this matter so that the people can have the details related to these materials and their storage,” Gov. Ricardo Rosselló said in a statement released by his office.

A US Army Corps of Engineers official said the missing materials had delayed repairs.

The referral comes after The Intercept reported Wednesday that officials from FEMA and the US Army Corps of Engineers—along with a security detail—engaged in a “tense standoff” with local electric authority workers at a facility containing a “massive store of rebuilding materials” and then “seized” the materials in order to get them to electrical contractors waiting to rebuild the grid.

According to the report, federal officials became aware of the warehouse stockpile controlled by the Puerto Rico Electric Power Authority (PREPA) on Friday, January 5, and went to the facility the next day “to claim and distribute the equipment.” The “2,875 pieces of critical material,” according to the report, were given to electrical contractors around the island, who, since Hurricane Maria ripped through on September 20, 2017, have been working to restore a grid that is still only providing power to half the island’s residents.

The episode is already the subject of contradictory claims and counter-claims. On Wednesday night, the governor’s spokeswoman sent Mother Jones a statement from PREPA and the US Army Corps of Engineers about the incident that seems to represent both sides’ views about what happened.

According to the statement, FEMA and the US Army Corps of Engineers “legally transferred material” being held at the warehouse on Sunday, January 6.

“The material stored in this warehouse is critical to the ongoing mission to restore power to Puerto Rico,” the statement reads, before admitting that the warehouse in question “has lacked transparency in inventory and accountability.” The statement adds that “PREPA has invited FEMA and the Corps to visit its warehouses anytime and to distribute material as needed.”

A story published Tuesday by the Associated Press cited a US Army Corps of Engineers official who said the missing materials had delayed repairs. PREPA officials told the AP that the material in the warehouse was not being hidden, but was purchased with government bonds issued for capital improvement and its distribution required strict oversight.

Kenneth McClintock, Puerto Rico’s Secretary of State from 2009 to 2013 and president of the island’s senate from 2005 to 2008 told Mother Jones on Wednesday that PREPA, the US Attorney’s Office, and the FBI should investigate the incident as evidence of corruption.

“If the US Attorney and the FBI are not currently investigating corruption at PREPA, which has been going on for 70 years, this incident—with such a huge amount of materials has been kept away from plain view for so long—would be a good point to begin,” he said. “This was not a mistake. This is corruption.”

Messages to the US Department of Justice and the FBI’s San Juan field office requesting comment were not returned.

“What they’ve been doing is creating a huge hidden cache of the materials that are needed to do repairs. And then for lack of access to repair materials, the outside crews from the states have been waiting at the hotels with their trucks parked,” McClintock says, adding that the power authority’s local employees and their unions do not want outside crews “doing the job that they can do with triple-pay overtime.” (An email sent to the president of the island’s electrical workers union was not immediately returned.)

The Intercept spoke with one security contractor assigned to a mainland repair crew who said the workers complained of having to just “sit in the truck and [watch] a movie because we have nothing to do.”

In his statement Thursday, Rosselló noted the disagreement between the power authority and the federal officials over what happened to the supplies, pointing out that PREPA officials have claimed that federal officials “had access to [the materials] since before the alleged discovery.” Rosello has charged the territory’s Department of Justice to “determine whether there was a commission of crimes or negligent action.”