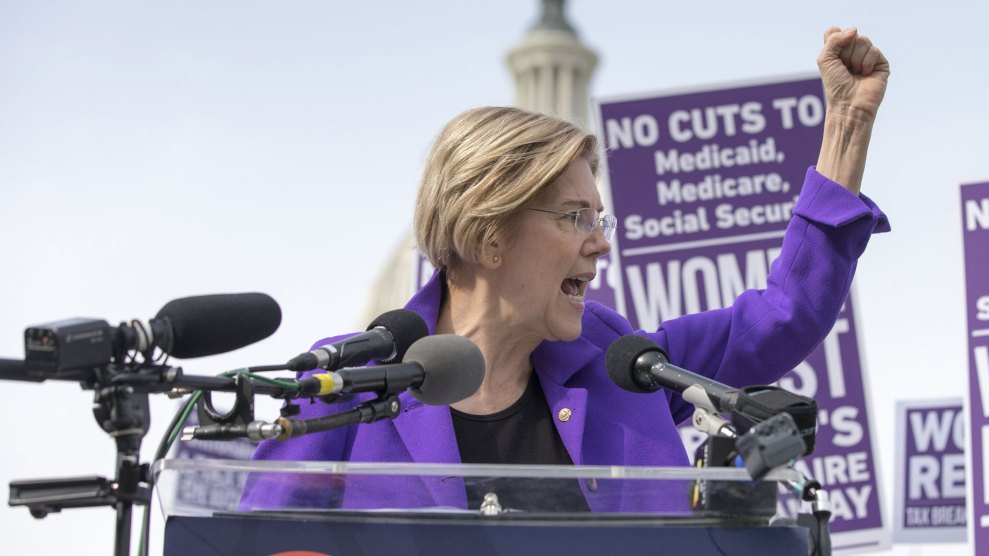 Richard Cordray didn’t wait long. On Tuesday, less than two weeks after his departure from the Consumer Financial Protection Bureau triggered a mini-constitutional crisis of the variety the Trump administration has made look routine, Cordray announced that he would seek the Democratic nomination for governor of Ohio.

Cordray, who previously served as the state’s treasurer and attorney general, has been floated as a prospective candidate for years, but he was inhibited by the precariousness of the agency he’d help get off the ground. The CFPB was formed after the recession to protect consumers from bad actors in the financial sector. If Cordray left, Republicans would let the office wither without a director (like they’d done to the Bureau of Alcohol, Tobacco, and Firearms for years), or replace him with someone who opposes the bureau’s very mission (which is ultimately what happened). But Republican-dominated Washington forced his hand, and now Cordray is hunting for a new job—with an assist from some familiar faces:

No, Sen. Elizabeth Warren (D-Mass.) hasn’t endorsed Cordray, at least not yet. But Cordray’s candidacy, and his opening pitch, is significant in that it is a test-run for the political appeal of Warrenism. Cordray was the man President Barack Obama nominated to run the CFPB after it became clear that Warren, the agency’s architect, would never be confirmed. (For a time it appeared Cordray would never be confirmed either—it took about a year.)  At The Nation recently, David Dayen rattled off a few of his accomplishments:

Cordray and Ohio Democrats are banking on a simple premise—that consumer protection is popular. People would prefer not to be scammed by their credit card companies. They don’t like to lose their homes because a bank falsified mortgage documents. They think student loans are a foretaste of hell.

Focusing on these kinds of issues has made Warren into a national figure and a leader of a wayward Democratic Party that is, tentatively but increasingly, taking aim at unchecked corporate power and consolidation. Depending on how things work out over the next few years, it could even take her further. In 2018, we’ll find out just how well that plays in Ohio.