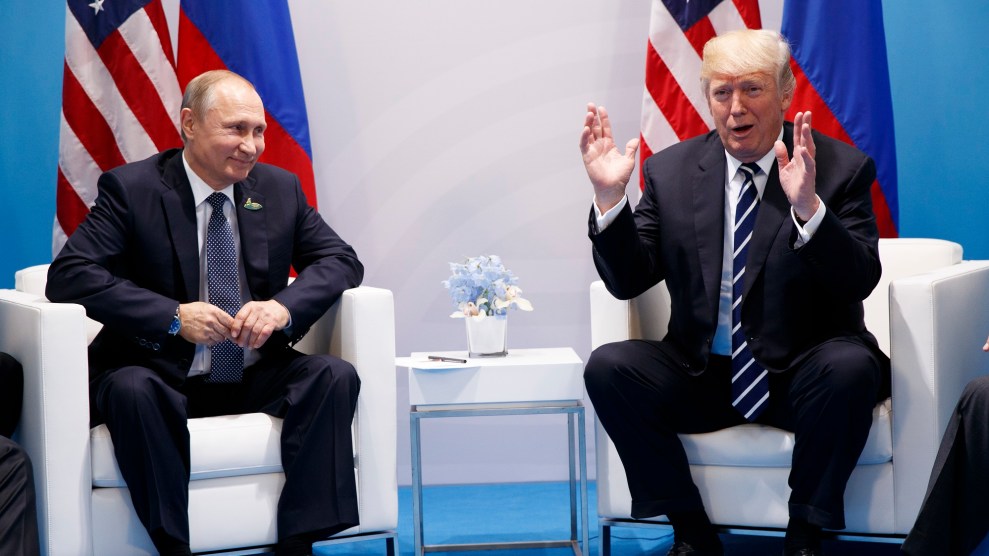 When it comes to income equality, Vladimir Putin’s Russia is probably not the company most Americans hope to keep. Nevertheless, both countries’ elites now capture roughly the same share of national wealth.

The new data comes from a comprehensive survey of global inequality released Thursday by the World Inequality Lab. The report, whose authors include renowned economists Thomas Piketty and Emmanuel Saez, brings together the work of more than 100 researchers. Its findings come as Republicans prepare to pass a tax bill that follows the same trickle-down philosophy that the report says is responsible for much of the rise in inequality in the United States.

The United States and Europe once had similar level of inequality, the 2018 World Inequality Report finds. Today, the United States is closer to sub-Saharan Africa than Europe in the share of income that goes to the top 10 percent. The authors explain that America’s “massive educational inequalities,” tax cuts for the wealthy under Presidents Ronald Reagan and George W. Bush, and surging salaries for executives are largely to blame for the shift.

The top 0.1 percent of Americans are almost entirely responsible for the increasing concentration of wealth. Between 1978 and 2012, their wealth share tripled from 7 percent to 22 percent. They now have more wealth than at any point since the Gilded Age.

The authors write that “the Reagan era of deregulation and reduced tax progressivity formed a turning point in wealth inequalities in America.” They contrast that with the progressive New Deal tax policies that drove down inequality in the 1930s and 1940s.

The Republican tax bill would, once again, reward the wealthiest Americans by slashing the corporate tax rate from 35 percent to 20 percent, penalizing Americans with wages relative to business owners, and cutting the top personal income tax rate from 39.6 percent to a reported 37 percent. Before the Senate tax bill’s individual cuts expire in 2026—ending the legislation’s most charitable years—the top 1 percent would receive slightly more of the tax cut than the bottom 60 percent of Americans combined. After those cuts end, the top 1 percent would get start getting 61 percent of the benefits. 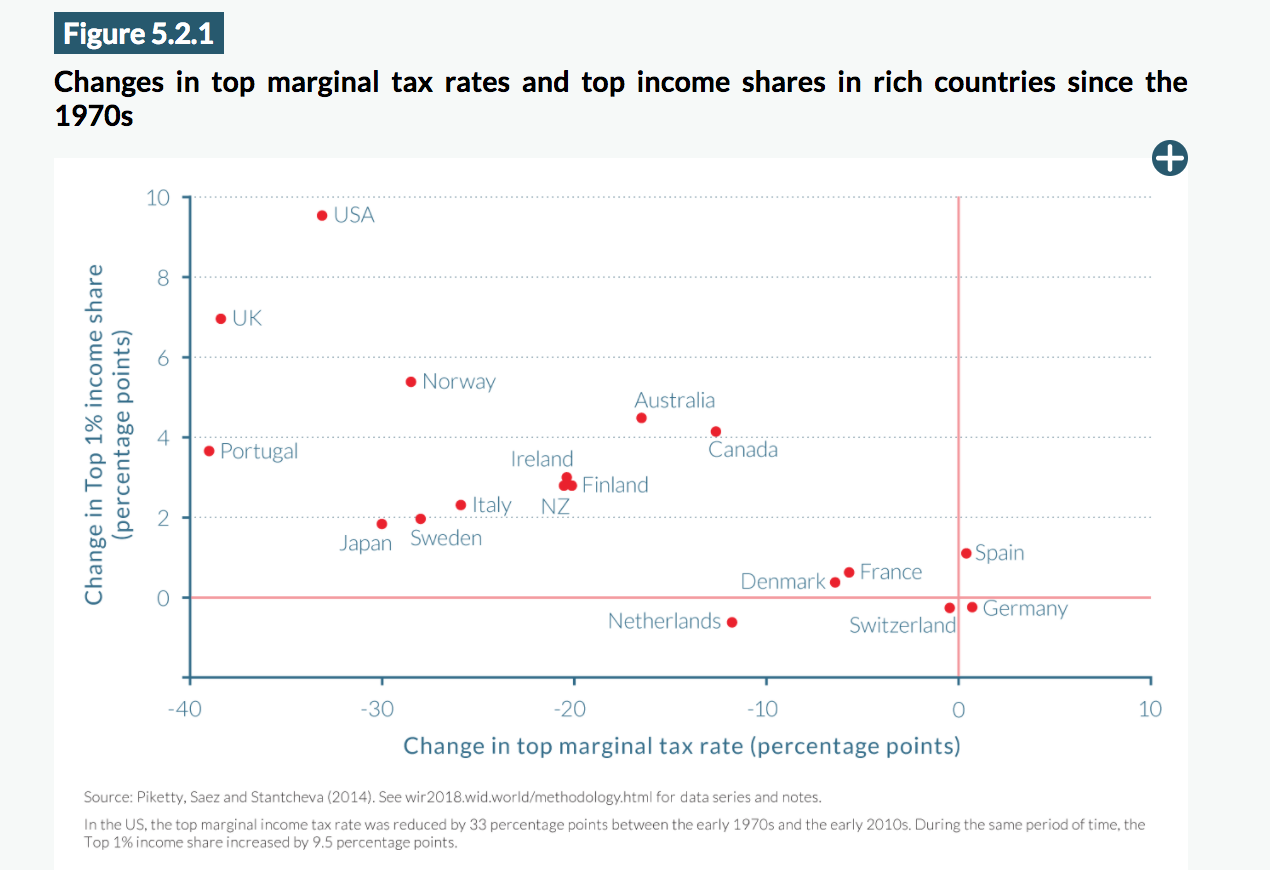 The Senate tax bill would also double the threshold for paying inheritance taxes from $11 million for couples to $22 million. In doing so, the United States would inch closer to developing nations. As the report finds:

Progressive taxation of wealth and inheritances is also a key component of redistribution. In some of the most unequal nations of the world (Brazil, South Africa, India, Russia, and the Middle East), inheritance tax is almost inexistent while the poor often face high tax rates on the basic goods they purchase.

On a global basis, the top 1 percent of people have taken twice as much growth as the bottom 50 percent combined since 1980. If the world stays on its current path, the top 0.1 percent will have more wealth than the global middle class by 2050.