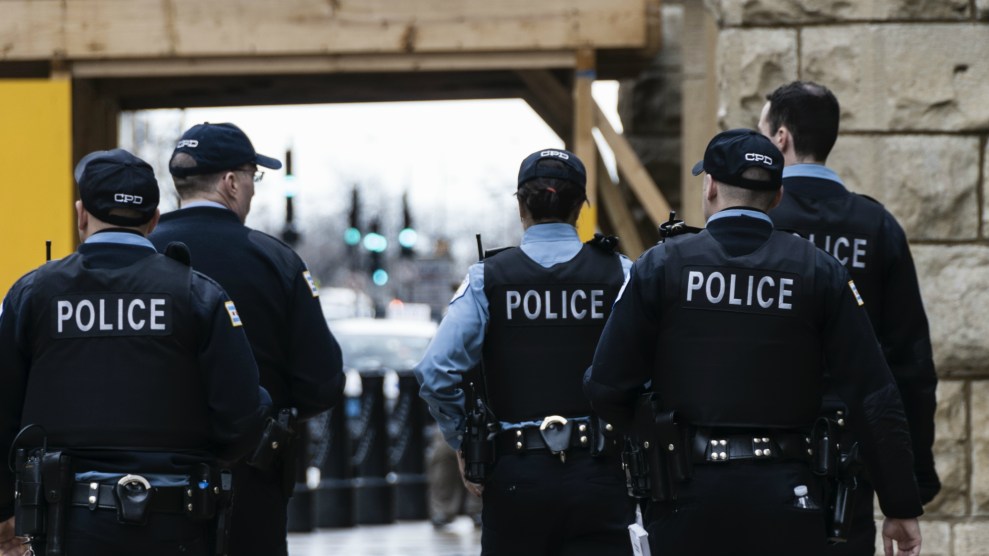 For the first time since September, when a federal judge curtailed the Department of Justice’s power to withhold federal funds from sanctuary cities, Attorney General Jeff Sessions awarded grants on Monday to 36 jurisdictions the agency says are noncompliant with federal immigration authorities. The grants are part of a nearly $1 billion initiative through the Department’s Community Oriented Policing Services (COPS) office to hire more than 800 new full-time police officers in 179 departments.

In his statement about the grants, Sessions conceded that only “80 percent of this year’s COPS Hiring Program grantees have agreed to cooperate with federal immigration authorities in their detention facilities.” He commended these recipients for their “commitment to ending…violent crime stemming from illegal immigration.” The remaining 20 percent of recipients did not commit to this kind of cooperation.

The funding announcement is a departure from Sessions’ longstanding battle against sanctuary cities. It comes five days after the DOJ sent letters to 29 jurisdictions it has preliminarily deemed non-compliant with federal immigration policy, giving them until December 8 to prove compliance. There’s some overlap between those 29 jurisdictions and the 36 sanctuary jurisdictions that got funding Monday, many of which are in California, including Sacramento.

One notable recipient of Monday’s COPS grants is Chicago, which launched the lawsuit against Sessions that resulted in September’s preliminary injunction. The city will receive $3,125,000 to add 25 officers who will specialize in gun violence to its 13,000-strong force.

During his first week in office, Trump issued an executive order in part barring federal grants to sanctuary cities. This section of the directive was struck down in April, and in July, to work around the court order, Sessions announced narrower plans to withhold funding from law enforcement agencies that do not comply with federal immigration authorities. That policy specifically targeted Edward Byrne Memorial Justice Assistance Grants, which Chicago has used to purchase SWAT equipment, vehicles, and stun guns.

A month later, Chicago took Sessions to court, claiming that the new requirements were unconstitutional, and contradicted a city ordinance prohibiting immigration agents from accessing the city’s jails. On September 15, a federal judge ruled in Chicago’s favor, issuing a preliminary injunction against the DOJ.

A few days before the judge’s September ruling, Sessions announced that applicants for COPS grants would receive priority consideration if they allowed Homeland Security officials access to their detention facilities and notified DHS before releasing undocumented residents from custody. Despite the court’s decision limiting the Justice Department’s ability to penalize sanctuary cities, four out of five COPS grant recipients benefited from the Justice Department’s new criteria.