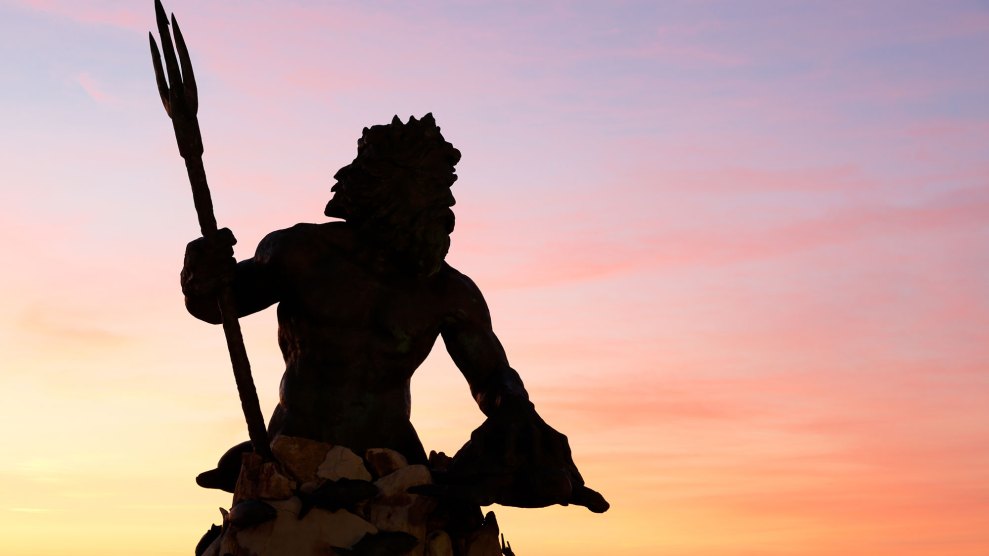 If you want a sneak preview of how the 2018 election is shaping up for Democrats, you should pay attention to people like Schuyler VanValkenburg.

The 32-year-old VanValkenburg is a high school civics teacher at a public school in Henrico County, Virginia. As part of his civics duties, he coaches his team in a statewide “We the People” constitutional competition, in which students are grilled, Senate-hearing-style, by a panel of judges about America’s system of governance. “I’m teaching this really idealistic and really sophisticated program, and the kids are working at a really high level—really taking in the Constitution and working with it—and meanwhile they’re seeing this election going more and more into the gutter,” he says. So not long after President Donald Trump won, with prodding from another teacher and support from a new progressive political outfit called Run for Something, which helps first-time millennial candidates do exactly that, he decided to run for the House of Delegates in the state’s 72nd district.

Even in an off-year, elections have consequences. On November 7 voters will go to the polls to pick mayors in New York, Atlanta, Detroit, and Birmingham. New Jersey will get a new governor, and a state Senate election in Washington state could give Democrats full control of the state government. But the elections in swingy Virginia, where all 100 seats in the House of Delegates are up for grabs (along with the offices of governor, lieutenant governor, and attorney general), could be the clearest demonstration yet of Democratic political power in the age of Trump—and a barometer for the party’s strength heading into next year’s midterm election. Republicans hold a narrow majority in the Virginia Senate but a 2-to-1 supermajority in the House of Delegates, and have used their numbers to block term-limited Democratic Gov. Terry McAuliffe from expanding Medicaid in the state. Taking back the House of Delegates is a long shot, but candidates like VanValkenburg demonstrate how they’ll try.

VanValkenburg’s platform is what you’d expect from a suburban Democrat running against intransigence—he’s pledging more money for public schools, passage of Medicaid expansion, and a rejection of the conservative culture war. What’s different is that it’s happening in Henrico. The 72nd, which comprises the northwest suburbs of Richmond, is Republican by habit. Three years ago, Republican primary voters in Henrico County replaced House Majority Leader Eric Cantor with Ayn Rand-quoting economics professor Dave Brat. Democrats have long approached the district with the attitude that you can’t lose a fight you never join. The current Republican delegate Jimmie Massie, who is retiring at the end of this term, won reelection in 2015 without any Democratic opposition. Just like the Republican nominee in 2013. And 2011. And 2009. And 2005. And 2003. And 2001. And 1999. And 1997. And 1993. And 1991.

But this year, Democrats have put the 72nd in their sights. VanValkenburg has raised $150,000 as of September, nearly as much as his Republican rival, Eddie Whitlock. The Cook Political Report named his race a “toss-up,” the outcome of which will hinge on the strength of the Democratic Resistance. After the disappointment of 2016, progressive politicos sought to rebuild their party’s bench through strength in numbers—by coaxing a record number of candidates to seek down-ballot offices. (Run for Something, which was founded by a Hillary Clinton campaign alum, has assisted 10 Democratic delegate candidates in Virginia alone.*) Seven Republican retirements have strengthened Democrats’ chances there. Virginia will be the first real test of whether the strategy is working.

At the highest level, the Virginia Democratic Party has been a model of success over the last decade, winning every Senate race since 2006 and losing just one governor’s race since 2001. But that dominance has not extended further down the ticket. In 2015, 44 of the 67 Republican delegates ran unopposed. Three of them represented districts Hillary Clinton would go on to win. (One of those three: VanValkenburg’s 72nd district.) In other words, Democrats have been all but mathematically eliminated from taking back the majority before the votes were even counted.

The 2015 candidate field represented a historical low point, but it was one Democrats had been building toward for decades. The party had left at least 30 seats uncontested in every campaign since the mid-90s. In fact, the last time Democrats competed in as many districts as they are this year (88 of 100) was 1981—when Democrats already held 74 seats in the chamber.

“People just assumed that it was a Republican area because for so long Republicans were winning and that becomes kind of a vicious circle.”

The candidates who are seeking office reflect the activist nature of the revitalized Democratic base. In the 12th district, which is centered around Blacksburg in Republican southwest Virginia, Run for Something is backing Chris Hurst, a former local newscaster whose girlfriend was murdered in an on-air shooting in 2015. Hurst, who left his old job in February, has become an advocate for gun control, attracting national support from Everytown USA and Moms Demand Action. Danica Roem, the Run for Something-backed Democratic nominee in the toss-up 13th District, is vying to be the first transgender lawmaker elected in Virginia. Her candidacy represents the party’s latest and most aggressive effort to unseat Republican culture warrior Bob Marshall, infamous most recently for his push to pass an anti-trans “bathroom bill.” Marshall’s politics are locked in time, but his district has shifted beneath him; Clinton carried the Manassas-area seat by 14 points last fall. Democrat Kimberly Tucker, a substantially bigger underdog against Republican Del. Barry Knight, decided to run after launching a local Indivisible group. So did the woman she beat in her primary.

Virginia will be the best test yet for whether Democratic enthusiasm translates into votes. So far, the idea is a thesis in need of more data. Special elections for US House seats have gotten the most attention, and Democrats have yet to gain any seats there. But they’ve run up a string of successes in state-level races. The party has held every blue seat in state legislative special elections while flipping eight Republican ones (including two last week). In those races, Democrats have improved on Clinton’s performance by an average of 12 percent. That’s pretty good, but as Cook‘s Dave Wasserman notes, there’s a catch:

Democratic voters are hyper-motivated right now. But their chances fall as turnout rises. On June 20, Republican Karen Handel defeated Democrat Jon Ossoff in Georgia’s 6th CD after a $50 million contest that generated 56 percent turnout. The very same day, Democrat Archie Parnell came within three points of a shocking upset in a South Carolina race that attracted a fraction of the money and generated 19 percent turnout.

Virginia’s House of Delegates races are a better proxy of what’s to come in 2018. Turnout won’t be too hot (as in Georgia) or too cold (as in New Hampshire). It will be driven by the governor’s race, which better approximates what a midterm turnout looks like.

So far, Democrats may have the wind at their backs, but they’re lagging in one key area: money. An analysis from the Center for Public Integrity last month found that in the 60 races with both Republicans and Democrats on the ballot—for once, the bulk of the uncontested seats are held by Democrats—Republicans had outraised Democrats by a 2-to-1 margin. And in the 17 Republican-held districts carried by Clinton last fall, Republicans cumulatively held a more than $1 million cash advantage. In two cases, the Democrat lagged behind a Green Party candidate. That’s almost the opposite of the situation in the governor’s race, where Democratic Lt. Gov. Ralph Northam has a substantial edge over his Republican opponent, ex-lobbyist and RNC chair Ed Gillespie.

VanValkenburg, for his part, believes he’s running not just for his seat, but to rebuild the party in a place it’s been allowed to wither. “People just assumed that it was a Republican area because for so long Republicans were winning and that becomes kind of a vicious circle,” he says. “It becomes one of those things where because Democrats never run, Democrats never run. One of the big reasons I got in was because I think Democrats can win here but more importantly Democrats need to organize here. We can win the delegate race, but we can also help the statewide [candidates], we can also help in 2018, the congressional races, if we organize.”

And for Democrats’ sake, he better, because taking back the state Legislature is not likely to happen in one night this November. Although Democrats routinely outnumber Republicans in statewide races, the post-2010 GOP-controlled redistricting has helped insulate Republicans’ advantage in the Legislature against even a strong Democratic wave. Even if the momentum is real, they’ll still have to do it again in two years.

Correction: An earlier version of this article misstated the number of Run for Something-backed candidates in Virginia.