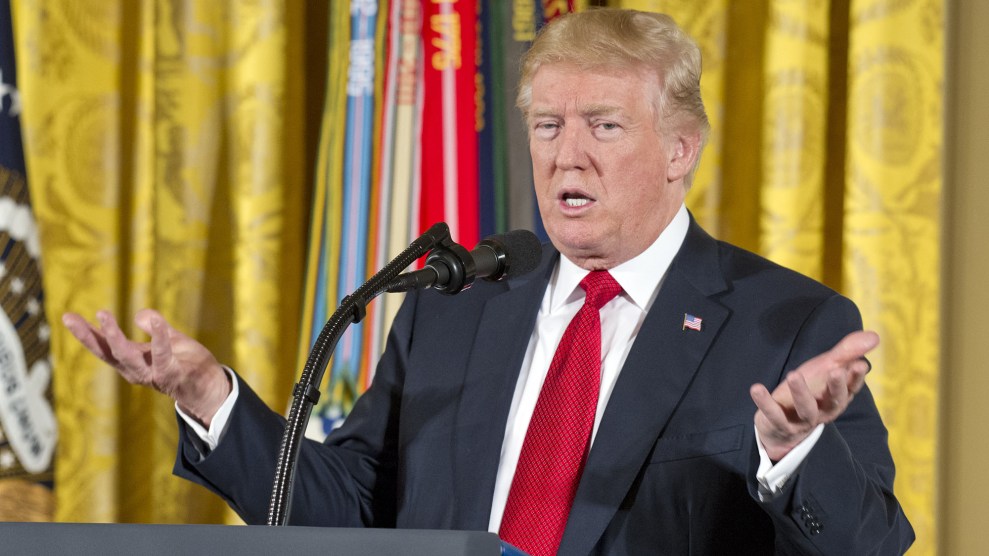 Thus far, the debate over Republicans’ proposed tax cut has focused on how much the wealthiest Americans would get compared with everybody else. But there’s a new group of winners in the mix: foreigners who own shares of US companies.

A new analysis from Steven Rosenthal, a senior fellow at the nonpartisan Tax Policy Center (TPC), has found that foreign shareholders will net $70 billion per year in the short run as a consequence of Republicans’ proposed corporate tax cut. That is three times the amount the TPC predicts middle-income Americans would save per year under President Donald Trump’s tax plan.

The math behind Rosenthal’s claim is easy to follow. The TPC has already predicted that Republicans’ plan to cut the corporate tax rate from 35 percent to 20 percent will result in a $200 billion decrease in yearly tax revenue. When companies’ after-tax profits rise as a result of the cuts, most economists expect the value will be passed on to the shareholders. Foreign residents own about 35 percent of US stock, according to Rosenthal’s analysis, and could see the value of their assets increase by $70 billion.

Last week, Trump’s Council of Economic Advisers (CEA) released a widely criticized paper claiming their corporate tax cut would boost wages by up to 11 percent. Since then, there’s been a back-and-forth about the long-term effects of corporate tax cuts. But Rosenthal says the focus should be on the short term, which economists put at anywhere between a few years to more than a decade.

Virtually all economists agree that corporate tax cuts initially go to a company’s owners. For publicly owned companies, that results in higher dividends and stock buybacks that raise share prices. In “the very short run, shareholders would be the main beneficiaries of a corporate tax cut,” says Alan Auerbach, a University of California-Berkeley economics professor who has collaborated with Kevin Hassett, the chair of Trump’s CEA, on papers for the conservative American Enterprise Institute.

“Americans are left with a pretty lousy deal,” Rosenthal tells Mother Jones. “We’re shoveling lots of money to foreigners and racking up a huge national debt,” he adds, noting that larger deficits threaten entitlement programs. “We can’t expect the foreigners to bail out our Social Security in a couple of decades. That’s not going to happen.” By enacting a tax plan that benefits people who already own stock, Rosenthal argues Republicans are providing a “windfall for existing investment, not future investment.”

Scott Greenberg, a senior analyst at the conservative Tax Foundation, told Bloomberg that Rosenthal’s basic claims are “essentially correct.” Kimberly Clausing, a more left-leaning professor and tax expert at Reed College, says it is “absolutely” true that stock owners would be the immediate beneficiaries of a corporate tax cut. Paul Krugman, the New York Times columnist and Nobel Prize-winning economist, writes on his blog that “the bulk of that tax cut will almost surely accrue to stockholders.” Looking at the tax cut’s 10-year impact, Krugman labels it a “$700 billion foreign aid program.”

Over the long term, economists disagree about the extent to which benefits will eventually go to company’s workers. A 2015 Treasury Department study found that only 18 percent of employers’ savings from corporate tax cuts were eventually passed onto employees through higher wages. A Congressional Budget Office estimate puts the number slightly higher, at 25 percent.

Clausing says there is not much evidence of a long-run benefit for workers. Her research suggests that any wage increases would be modest and take at least six years, and possibly more than a decade, to kick in. Auerbach is more optimistic, saying the low unemployment rate means wages could start to rise more quickly, perhaps “within the next few years.”

DJ Nordquist, chief of staff to Trump’s CEA, disputes Rosenthal’s analysis: “We don’t agree with the paper’s foundations or calculations because TPC makes many assumptions that are simply incorrect.” Nordquist added that the idea that only shareholders benefit from a rate reduction is “about 20 years out of date.” (Rosenthal’s analysis states that workers are likely to get some benefits over the long run.)

“Overall the article is shockingly xenophobic,” Nordquist says, arguing that the TPC is greatly understating the importance of foreign investment in a global economy.