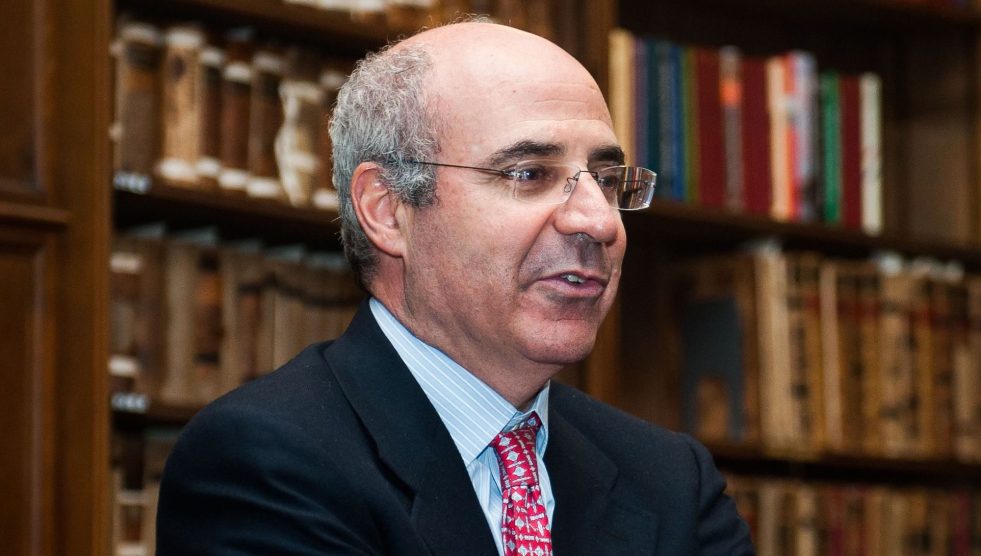 Facts matter: Sign up for the free Mother Jones Daily newsletter. Support our nonprofit reporting. Subscribe to our print magazine.
The Department of Homeland Security said Monday that it has restored the visa of Bill Browder, a prominent critic of Russian President Vladimir Putin, who announced Sunday that the Trump administration had prevented him from traveling to the United States, drawing sharp criticism of the department.

Browder, who ran a hedge fund that invested heavily in Russia, has been the primary proponent of the Magnitsky Act, a 2012 law which imposed sanctions on 44 Russian officials suspected of human rights abuses. He tweeted Sunday that the Department of Homeland Security had revoked a temporary travel visa, barring him from entering the United States. The revocation came after Russia last week issued an Interpol warrant for Browder’s arrest. Browder was born in the United States but became a British citizen in 1998.

Yes it happened on the same day as the Russians issued their 5th Interpol arrest warrant for me https://t.co/5dvgyfvxum

Browder’s visa status quickly drew concern from US lawmakers and prominent former government officials. “The Department of Homeland Security should expedite an immediate review of the decision to revoke Mr. Browder’s visa,” Sen. Ben Cardin (D-Md.) and John McCain (R-Ariz.), who were the leading sponsors of the Magnitsky Act, said in a statement. “It would be unfortunate if the U.S. decided to bar him based on a decision by those same Russian officials who have been targeted by this important legislation.” Michael McFaul, who served as US ambassador to Russia under President Barack Obama, also called Browder’s visa suspension “outrageous.”

Under pressure, Customs and Border Protection, the Homeland Security agency responsible for flagging travelers who may pose a danger, such as those on the Interpol list, said Monday that Browder is free to travel to the country. CBP spokeswoman Jennifer Garbis said the agency used standard processes to flag Browder’s travel status last week due to the Interpol warrant, but that his travel privileges were restored on Wednesday, October 18, after a CBP analysis reviewed the case.

Browder, though, questioned the agency’s account. “The timing doesn’t make sense,” Browder writes in an email to Mother Jones. He says he had been prevented from traveling to the United States on October 19, one day after CBP says it reinstated his status. But Browder confirmed his visa was restored only later, on Monday, October 23.

GREAT NEWS! My ESTA (US visa waiver) was restored. I successfully checked into a US flight. Now we need to fix bogus Interpol arrest warrant

Browder says Russia has attempted three previous times to get Interpol to issue warrants for his arrest. Earlier this summer, shortly after Browder testified before the Senate Judiciary Committee, Russian efforts caused his visa to be revoked “for a few hours,” he says, before his status was reinstated. He says Russia found more success this time in getting an arrest warrant by exploiting a loophole that lets countries unilaterally place individuals in a database of individuals wanted for arrest.

Browder has accused Putin and his government of massive corruption, which he says he discovered after Russian investigators used records stolen from his Russian investment firm for a massive fraud scheme. Browder’s former attorney, Sergey Magnitsky, died in prison in Russia under suspicious circumstances after Magnitksy publicized the accusations.

In the wake of Magnitsky’s death, Browder lead a push for passing the Magnitsky Act. Canada recently passed its own version of the law on October 17. Browder said he believes Russia’s latest Interpol effort came in retaliation for the Canadian legislation. The law also drew a public attack from Putin. “What lies underneath these events?” Putin said at an event on Thursday. “Underneath are the criminal activities of an entire gang led by one particular man, I believe Browder is his name.”

The Russian government alleges that Browder’s corruption claims are part of an effort by the investor to cover up his own fraud. Russian prosecutors have even asserted that Browder colluded with an unnamed British intelligence agency to murder Magnitsky by persuading Russian prison doctors to deny him medical care. Browder called that charge absurd.