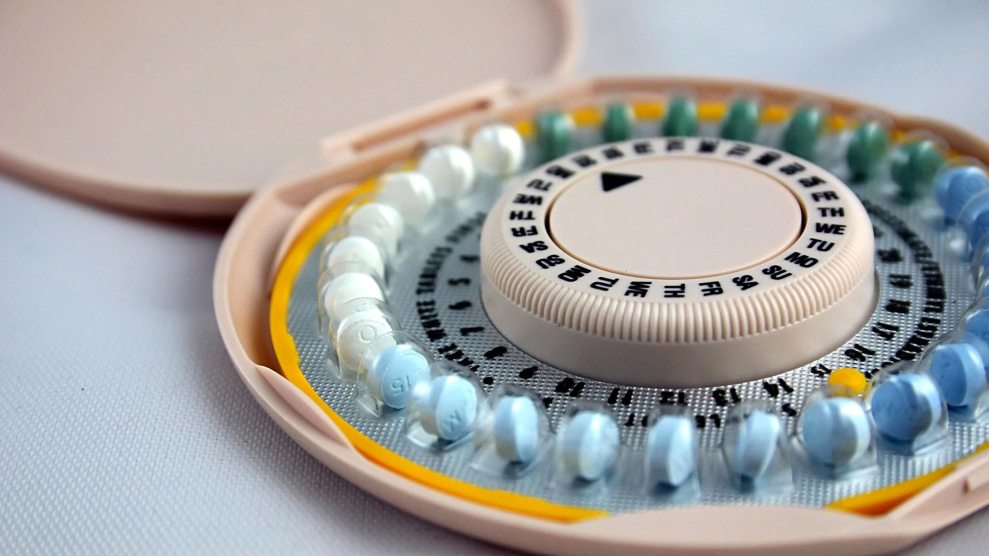 Late last month, the department of Health and Human Services published its 2018-2022 draft strategic plan, opening it up for comment through the end of October.

The document contains a number of changes to the last plan, which spanned 2014-2018. But one in particular stands out: In the “Organizational Structure” section from current draft’s introduction, the department has added language asserting that life begins at conception.

Contrast that with the same section from the 2014-2018 strategic plan.

On her blog, Ob/GYN Dr. Jen Gunter, first noted that the phrase “beginning at conception,” has been appended to the first sentence of this section. But what does that mean? What are the implications?

This added language “doesn’t have legal force,” says Mara Gandal-Powers, senior counsel at the National Women’s Law Center, “but it gives us a clear road map of where HHS is going.” It reflects the thinking of the “personhood” movement, a branch of the anti-abortion movement that has long sought laws granting legal rights to fetuses by defining life as beginning when an egg is fertilized. If such proposals became law, all abortion would become illegal, as might some forms of contraception.

The personhood movement has gained ground by arguing that many common forms of contraception are actually abortifacients, a claim that contradicts widespread medical consensus. An August New England Journal of Medicine article labelled these claims “alternative science” and called out abortion opponents for “making up their own definitions for abortifacient and pregnancy and then using them to justify refusals to fill prescriptions or offer insurance coverage for contraceptives.” More than a dozen states have attempted to pass personhood amendments via ballot measure, but none have succeeded. A number of lawmakers have also introduced personhood bills at both the state and federal levels, without success.

Former Georgia congressman and HHS Secretary Tom Price is one of them. Price was still in charge of HHS when this draft plan was published on September 26, and he has long supported the personhood movement. (Price resigned from his post as HHS Secretary on September 29, following revelations that he’d spent more than $1 million of taxpayer dollars on private flights and military plane travel.) As I reported in December:

In 2005, Price co-sponsored the Right to Life Act, a bill that proposed defining life as beginning at conception. In practice, this would mean that zygotes would have received full legal rights and protections, making forms of birth control that might expel an already-fertilized egg—the IUD or the morning-after pill, for instance—illegal. Price is a member of the anti-abortion Association of American Physicians and Surgeons, which has also aligned itself with the personhood movement, publishing a resolution in 2003 that defined human life as beginning at conception.

Other Trump administration appointees at HHS also support personhood rights for fertilized eggs, as well as some of the flawed science cited by the movement. The assistant secretary for public affairs, Charmaine Yoest, for example, is a longtime anti-abortion advocate who has said that she believes in personhood rights for fertilized eggs, and therefore opposes forms of birth control, such as IUDs, that might have “life-ending properties.” Teresa Manning, the deputy assistant secretary of HHS’s Office of Population Affairs, which oversees Title X family planning grants, has called the morning-after pills abortifacients that “destroy the human life already conceived.” Medical consensus rejects such claims, saying that the pills only prevent fertilization.

“I’m definitely concerned about what will come next from HHS given that this is where they are coming from,” Gandal-Powers said.

HHS did not respond to detailed questions from Mother Jones asking about the decision to add this language and what impact this departmental definition might have on existing HHS programs—such as Title X—aimed at increasing access to contraception. Instead, HHS spokesman Mark Weber wrote in an emailed statement: “It is a draft strategic plan and we are seeking public comments on the draft strategic plan. The purpose for public comment is to obtain feedback that will assist in refining and strengthening the plan.”