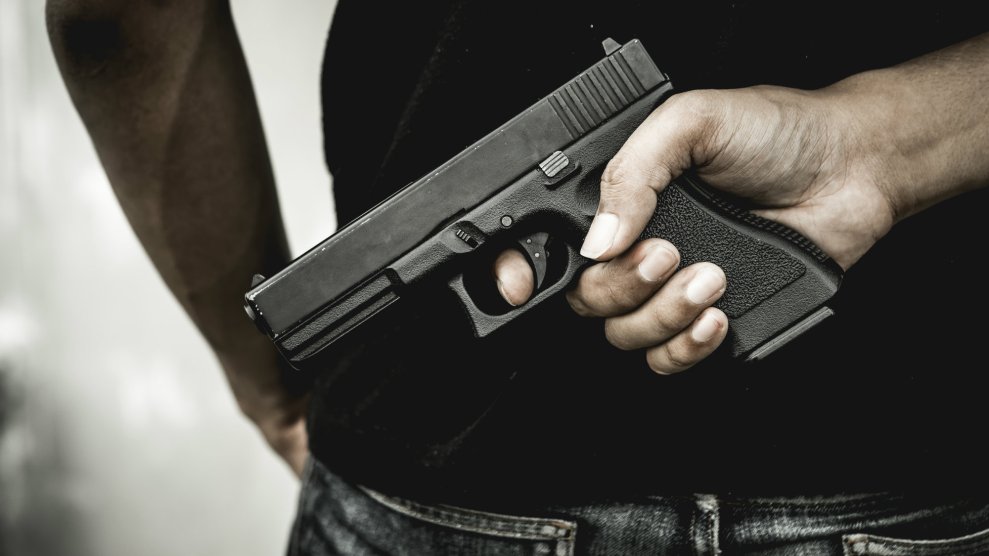 Just days after a mass shooting in Las Vegas that killed at least 59 people and sent more than 500 to the hospital, strict gun restrictions on who can carry concealed weapons in the nation’s capital are set to expire. In 2014, the local government in Washington, DC passed a law that requires those applying for a concealed carry permit to provide a “good reason” in order to carry a gun in the nation’s capital. In late July, that provision was struck down by the US Court of Appeals for the DC Circuit in July, and last week the appeals court declined to rehear the case. Unless the DC government appeals to the Supreme Court and asks for a stay on the ruling, the lower court ruling will go into effect before Friday.

Avery Gardiner, co-president of the Brady Center to Prevent Gun Violence, says taking the case to the high court might work out for DC, but a legal challenge would pose a major risk for the rest of the country. If the Supreme Court rules against DC, it could end up setting a nationwide precedent that would invalidate gun laws in other jurisdictions. “This is a court with a close vote on gun issues,” Gardiner says, “and I wonder whether it might be sensible to think about how DC could adjust its concealed carry permitting system…that would still allow DC to meet its goals of keeping people safe.”

“I’m a little bit demoralized by the inability for the courts so far to really appreciate how unusual the District of Columbia is.”

DC’s Attorney General Karl Racine is working with other city leaders to determine whether to appeal the decision. DC Councilmember Mary Cheh, a constitutional law professor who sits on the city’s public safety committee, says such an appeal isn’t likely based on what she’s hearing from other city leaders. “There are other states where that’s been upheld, and if we pursue [the case further] then all of this could be lost,” she tells Mother Jones. For instance, an appeals court ruled in favor of California’s law requiring citizens seeking a concealed carry permit to have a “good cause,” and the Supreme Court decided against taking up the case earlier this year.

Essentially, DC government officials must decide whether it’s worth trying to protect their constituents in the courts if it puts gun laws in other parts of the country at risk. With Maryland requiring anyone applying for a concealed carry permit to have a “good and substantial” reason, that’s a big gamble since DC is right next door. “We’re a small jurisdiction and what happens in our surrounding jurisdictions is influential for what happens here,” Cheh explains.

Those challenging the District’s law seem to think they have good odds. “The city has some decisions to make now as to whether they want the Supreme Court to take a look,” Alan Gura, an attorney who represents the plaintiffs in the case, told The Washington Post. “We wouldn’t necessarily oppose that.”

While Cheh thinks passing on a Supreme Court appeal is the right call, she’s disappointed with the appeals court’s decision. “I’m a little bit demoralized by the inability for the courts so far to really appreciate how unusual the District of Columbia is,” she says. Unusual, in that D.C. has unique public safety concerns considering it houses the federal government. “To not give us greater latitude to eliminate people walking around the streets carrying guns, it’s just such a mistake,” she argues.

DC leaders say one of the options they’re weighing is whether to add new restrictions on concealed carry permits. Councilmember Charles Allen, who heads DC’s Committee on the Judiciary and Public Safety, says it’s important for lawmakers to take time to craft the right rules. “It’s also something that you don’t rush through,” he told Mother Jones. “From a legislative standpoint it matters a lot that you spend the time to be thoughtful…because in all likelihood, whatever actions we take we’ll wind back in court again.”

The legal battle over DC’s gun laws have been ongoing for more than a decade. In 2008, the Supreme Court overturned the city’s ban on handguns and struck down a rule that required legal firearms to be disassembled or have a trigger lock. Even so, gun owners still couldn’t take their weapons outside their home until US District Judge Frederick Scullin ruled against the city’s ban on concealed carry in 2014, which prompted lawmakers to pass the current rules. Since then, 668 people have applied for permits and only 130 have been approved, a spokesperson for the DC police department told Mother Jones.

Even without the good reason clause though, DC has some of the strongest gun-control laws in the country. Those seeking to carry a firearm in the District will still be required to undergo 18 hours of training and concealed carry will be prohibited in certain areas, including near schools and in government buildings. Additionally, the the city requires a background check to obtain a permit. Unlike most states, DC does not recognize concealed carry permits issued by other state or city governments; however, people living outside the district can apply for a permit in the nation’s capital.

Allen says because Congress hasn’t passed gun-control legislation, it’s falling to the states and local jurisdictions to make their own rules. “We end up setting precedent, we end up having to write the laws,” Allen says. “So we gotta make sure we spend the time to get it right, but we also have to realize it’s a long fight.”