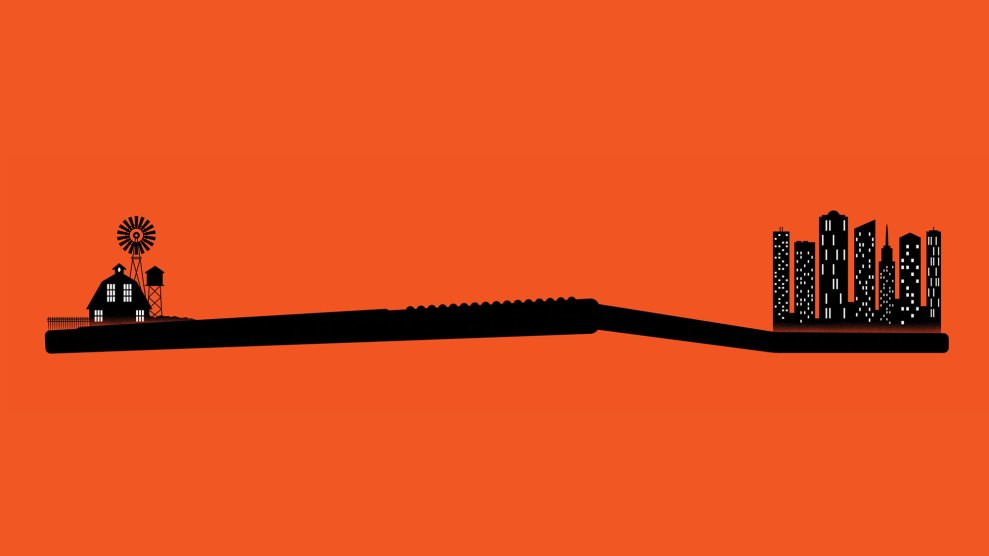 Two and a half hours west of the Twin Cities, where the Minnesota and Chippewa rivers meet, is the prairie village of Montevideo, Minnesota. Downtown consists of a post office, railroad tracks, a few storefronts, and a dentist’s office called Main Street Dental Care. From the outside, the clinic doesn’t look like much. But on the bitter February day I visited, inside it was buzzing with activity.

Down the hall from the full waiting room, bent over her dental chair, Brandi Tweeter had a full roster of patients. Some had traveled hundreds of miles to see her, she told me. That’s not unusual: In Minnesota, there’s about one dentist for every 1,500 people—but they’re concentrated in cities. Here in Chippewa County, the ratio is 1 in about 2,400. In a neighboring county, it’s 1 in more than 5,000.

Rural Minnesota isn’t alone—some 49 million Americans live in places where there are not enough dentists. In those areas, it’s often hard to get an appointment even if you have private insurance. But for people on Medicaid, it can be impossible: Fewer than half the nation’s dentists accept Medicaid patients. Those who don’t claim the paperwork is too complicated and the re­imbursement rates are too low.

More than 1 in 3 low-income adults avoid smiling because they’re ashamed of their teeth.

The result is a public health crisis. While writing my book, Teeth: The Story of Beauty, Inequality, and the Struggle for Oral Health in America, I met people who slept in their cars and waited in long lines for extractions at free clinics. I met people who had pulled out their own teeth and others who had lost loved ones to dental abscesses. I met a boy dying from complications of untreated tooth decay.

I also observed how bad teeth can lock families into a cycle of poverty. “No more people behind the counter unless they have all their teeth,” Andrew Puzder, the former CEO of CKE Restaurants, told managers of Hardee’s burger shops in a memo that turned up when he was nominated to be President Donald Trump’s labor secretary. More than 1 in 3 low-income adults avoid smiling because they’re ashamed of their teeth, according to a Harris Poll survey conducted on behalf of the American Dental Association in 2015.

And untreated dental problems tax our health care system. More than a million Americans a year show up at hospital emergency rooms with nontraumatic dental problems—costing more than $1 billion annually. In Minnesota, about 400,000 preschoolers were brought to hospital emergency rooms with severe oral conditions during a recent five-year period. The visits cost $80 million, the Minneapolis Star Tribune reported last year.

Which is where Brandi Tweeter comes in. She’s a dental therapist— something like a nurse practitioner for teeth. Twice as fast to train as a dental surgeon and half as expensive to employ, dental therapists handle a range of common procedures: drilling and filling teeth, placing crowns, performing some extractions. Under an innovative program in Minnesota, about 60 dental therapists fill in where care is scarce.

More than a million Americans a year show up at hospital emergency rooms with nontraumatic dental problems—costing more than $1 billion annually.

Yet the therapists remain controversial in Minnesota and beyond. The American Dental Association, which spends more than $2 million a year on lobbying, has fought them tirelessly. The ADA says it’s worried about patient safety, but John Powers, the owner of Main Street Dental Care, suggests the real reason is fear of competition. “Dental organizations say, ‘We’re concerned about our patients and their care,'” he told me. “No. You are concerned about your pocketbook.”

The nation’s first dental therapists started working in Alaskan tribal areas in 2005—and the ADA and the Alaska Dental Society soon sued (unsuccessfully) to stop them. Three years later, Ann Lynch, a freshman Minnesota state senator, introduced a bill to allow dental therapists in her state. The Minnesota Dental Association launched what the Star Tribune called “an all-out media blitz targeting the legislation,” but lawmakers passed it anyway. Since then, Maine and Vermont have passed laws allowing dental therapists, and 11 other states are considering them, as are more tribal groups.

The ADA still maintains there’s no evidence that dental therapists are helping to fix Minnesota’s shortage of care. But a 2014 review by the state’s Department of Health and Board of Dentistry indicates that more Medicaid patients receive treatment in areas surrounding clinics that employ dental therapists. The state also documented dramatically reduced waiting times.

Here’s what hasn’t decreased: business at Main Street Dental Care. Quite the opposite, in fact. When Powers hired Tweeter five years ago, he was able to open his doors to Medicaid recipients. Since then, his practice has increased from 3,000 patients to 8,000. The office’s annual revenue has more than tripled, from $600,000 to $1.9 million, and the staff has grown from 7 employees to 23 (including three more dental therapists). The clinic had to move to a bigger office. Powers is excited about the booming business, but he’s most proud of how his team has helped people on the prairie, he told me: “The effect we’ve had on their oral health in this area—and in the state, for that matter—is kind of amazing.”