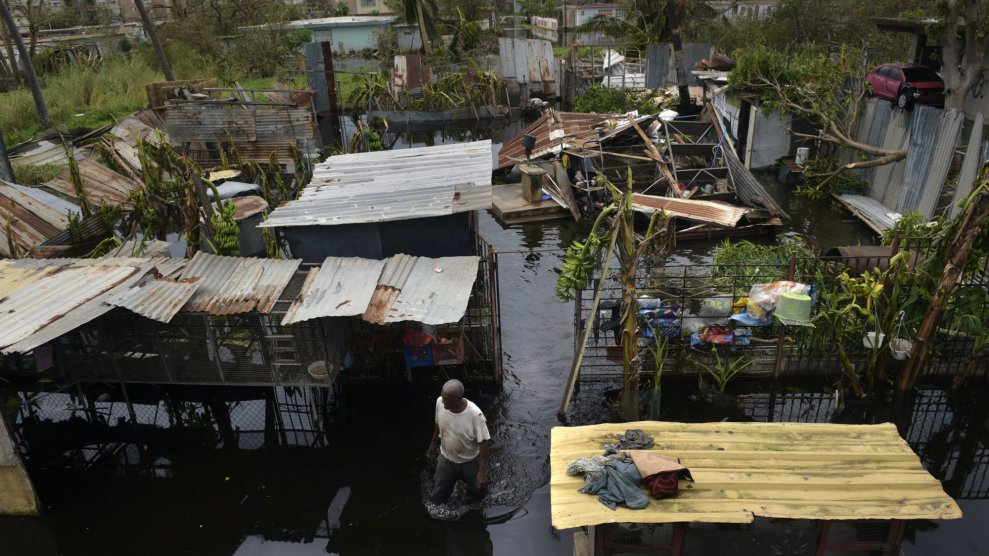 Two Democrats on the House oversight committee are calling for an investigation into the Trump administration’s response to the hurricane in Puerto Rico. On Friday, Rep. Elijah Cummings (D-Md.), the top Democrat on the committee, and Rep. Stacey Plaskett (D-Virgin Islands) issued a letter to Rep. Trey Gowdy (R-S.C.), chairman of the committee, saying the response is in need of “robust oversight.” The Democrats demanded that Gowdy convene an emergency oversight hearing next week.

“Urgent action by our Committee now could help accelerate the federal response to the devastation in Puerto Rico and the U.S. Virgin Islands and make a measurable and significant difference in the lives of American families there,” the letter says. “Oversight now also could help prevent a worsening of the human tragedy that is unfolding and could help ensure that the lessons our Committee identified from past federal responses are implemented by the Trump Administration.”

The Trump administration is facing mounting pressure from aid workers, politicians, and Puerto Ricans for what’s being described as a slow and inadequate response to Hurricane Maria, which hit the island nine days ago. The Category 4 storm devastated the island, dumping more than two feet of rain on some areas with 150 mph winds, which knocked out nearly all the electricity on the island and decimated 80 percent of crops. Restoring electricity is expected to take months, which will significantly exacerbate the island’s drinking water crisis.

Despite the dismal conditions, critics note that Trump moved slowly on temporarily lifting a law that requires goods shipped between US ports to travel on ships built in the states with US crews, which aid workers pointed out was one of the biggest obstacles to getting the island quick relief in the wake of the storm. Even so, the Trump administration has been playing up its response to the storm and the president blamed the media for treating him unfairly.

…really hard to help but many have lost their homes. Military is now on site and I will be there Tuesday. Wish press would treat fairly!

In their letter, Cummings and Plaskett argue the dire situation on the island and evidence of a lackluster response necessitates an immediate investigation.

“The full Committee currently has no hearings, business meetings, or other activities scheduled for the entire week, and this issue is in desperate need of rapid and robust oversight,” the letter reads.  “Millions of American citizens residing in Puerto Rico and the U.S. Virgin Islands are facing massive calamities—including widespread disease and death—and we need to help them now.”