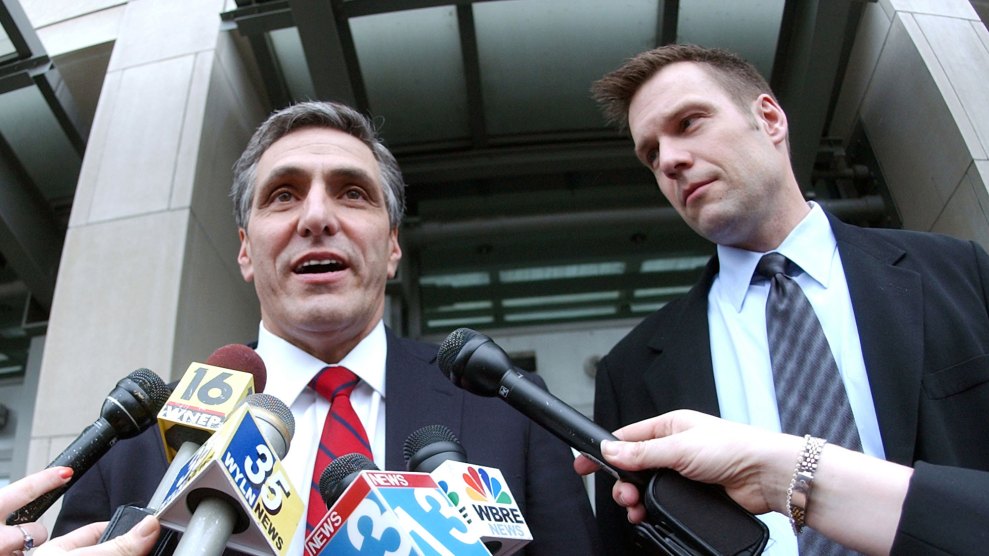 On Monday, the Associated Press reported that Rep. Lou Barletta (R-Pa.) told GOP leaders he would run for Senate in 2018, becoming the highest-profile Republican challenger to Democratic Sen. Bob Casey in what may be one of the most hotly contest races of 2018. If Barletta runs he won’t have the field to himself; a handful of state reps and two businessmen have already announced, but as a Trump supporter with a congressman’s clout, he’d be a likely front-runner.

His candidacy is significant for reasons beyond the electoral math. Something as monumental and era-defining as the election of President Donald Trump has many authors and origin stories, but you could make a case that the nation’s current arc began in Hazleton, Pennsylvania, in 2006, when Barletta, then the city’s mayor, found himself on the defensive after passing a harsh new city ordinance designed to force undocumented immigrants to flee town. (As the Washington Post noted at the time, “Barletta wore a bulletproof vest [to the vote] because, he says, Hazleton is menaced by a surge in crime committed by illegal immigrants.”)

The so-called Illegal Immigration Relief Act targeted immigrants where they lived by making it a crime to lease housing to anyone without proper papers, and it was one of the first of what would become a nationwide push by conservative municipalities and states to encourage “self-deportation” by making life impossible for immigrants. Looking for help, Barletta placed a call to a young law professor in Kansas City named Kris Kobach. Barletta’s ordinance was going to get thrown out in the courts, but Kobach helped him draft a new one that he believed wouldn’t, and agreed to represent Hazleton in the face of the subsequent legal challenges.

The ordinance was not a win for Hazleton—which spent millions to unsuccessfully defend its ordinance in the courts—but it succeeded on a much larger stage. Kobach’s legislation formed a template that was replicated across the country, and as Kansas’ secretary of state he helped Republican-run states like Arizona draft legislation that would likewise scare immigrants away. By 2011, Barletta was a member of Congress, having unseated an incumbent Democrat in the tea party wave. By 2012, the Republican presidential nominee was being advised by Kobach and speaking openly about nudging immigrants to “self-deport.” And by 2016, the nativist politics that drove Hazelton and Fremont, Nebraska, and other such towns to call in Kobach for help took over the Republican party completely.

Now Kobach is in charge of a Trump administration-led voter suppression project, and a possible candidate to be the next secretary of Homeland Security. And Barletta is angling for a promotion of his own; his election in 2018, in the tightest of swing states, would be a test of just how far Trumpism can rise before it’s cut down by voters.