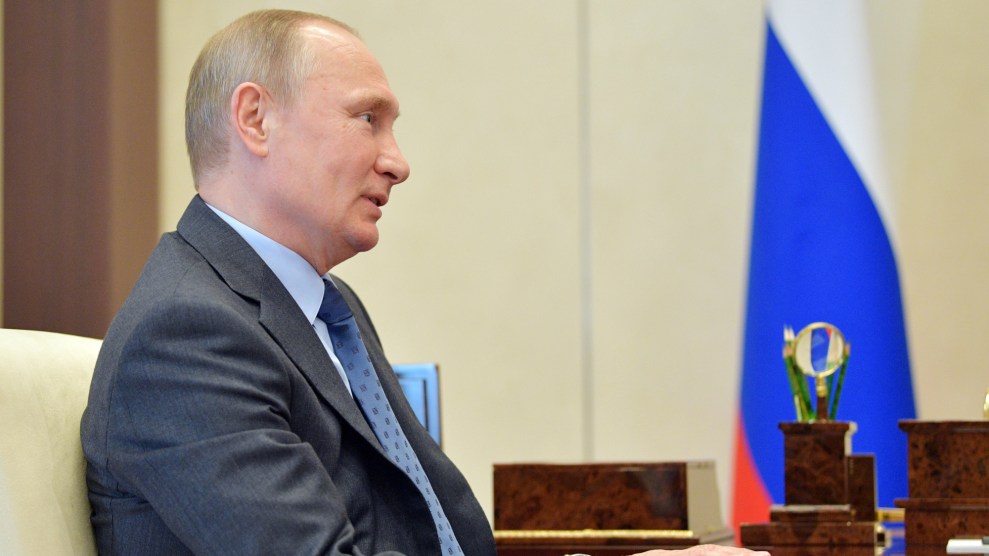 The Paris climate agreement faces its first international stress test since President Donald Trump announced in the Rose Garden he will pull the US out from the landmark 2015 deal to curb greenhouse gas emissions.

In May, when world leaders met for the G7, they were trying to convince and cajole Trump to understand the existential importance of addressing climate change. With his decision to withdraw, Trump has marginalized the US in the G20 meeting this week in Hamburg, Germany. His administration’s “America first” agenda has been disruptive when it comes to the future of climate action; this meeting may signal if other nations will follow, or not follow, his lead.

The overwhelming world-wide reaction to Trump’s announcement to withdraw was a reaffirmation of the signers’ commitment to the Paris deal. But his action made recalcitrant nations, such as Saudi Arabia and Russia, more important both symbolically and practically to the world’s climate ambitions. President Vladimir Putin is poised to take advantage of Russia’s increased leverage. The question is, how?

The two leaders will meet privately Friday on the sidelines of the G20 summit. In the background, of course, are accusations of Russian meddling in the 2016 US election, intense scrutiny of the Trump campaign’s alleged ties to Putin’s government, and the president’s possible obstruction of the FBI investigation, all of which are expected to affect his behavior at the G20. And yet, Trump and Putin share a common priority: A commitment to the primacy of fossil fuels. And yet, a Putin-Trump alliance of climate disruption is a concern, but not a given.

Trump keeps talking about “energy dominance”—a reference to market trends that existed well before he came to office—to justify his green light for fossil fuel projects. Secretary of Energy Rick Perry held a press conference during the White House Energy Week and argued that energy dominance “means self-reliance, it means a secure nation, free from the geopolitical turmoil of other nations who seek to use energy as an economic weapon. An energy-dominant America will export to markets around the world, increasing our global leadership and our influence.”

What Trump doesn’t understand, or may not be willing to say, is that “energy dominance” for oil and gas companies doesn’t necessarily advance American interests.

What Trump doesn’t understand, or may not be willing to say, is that “energy dominance” for oil and gas companies doesn’t necessarily advance American interests. For example, in 2012, Exxon’s then-CEO Rex Tillerson brokered a deal with Russia’s state-owned Rosneft to drill for oil in the Black Sea in Siberia. It was billed as a thaw in relations between Russia and the US, at least by ExxonMobil and the Russian government. The strategic partnership, they argued, would profit both: Exxon would gain access to the richest oil and gas reserves in the world, while Rosneft would gain access to drilling technology it lacked and reap the profits. But what’s good for Russia’s fossil fuel economy isn’t necessarily good for the US.

Sanctions hit in 2014 and the deal couldn’t go through. In 2017, Exxon petitioned Trump’s State Department to approve the deal despite sanctions, but their proposal was denied in April. (Tillerson recused himself). Exxon has continued to argue that Russian sanctions hurt its interests, and some Republicans agree. Exxon is based in the Dallas suburbs and Rep. Pete Sessions has criticized sanctions because of the “huge problems to companies in Dallas, Texas, that I represent.”

While Trump is interested in advancing Exxon and other fossil fuel business interests, Putin is looking out for his own. Global oil prices have tanked from their high of well over $100 per barrel in 2012, to less than $30 in 2016. In a country that is economically dependent on oil and gas, low global oil prices present a serious problem. Harvard economist Kenneth Rogoff likens the impact of lower prices on Russia’s economy in 2015 to the 2008-2009 financial recession in the US. The boom in shale production, which has made the US the number one natural gas producer in the world, has played a big role in driving oil prices down.

Russia is a petrostate, so its economic survival depends on the continued world consumption of fossil fuels. State Department officials under Secretary of State Hillary Clinton saw fracking technology as a geopolitical tool to “undercut the power of adversaries such as Russia that use their energy resources as a cudgel,” Mother Jones reported in 2014.

Then there is the question of how Putin plays climate change politics among the other dynamics of the G20. Will he try to gain goodwill by saying he’s still in on Paris? Or will he join Saudi Arabia, Indonesia, and Turkey, in only pro forma efforts. Two areas to watch are the G20 leaders’ final communiqué and Germany’s separate “Action Plan on Climate and Energy for Growth.” A May 5 draft of Germany’s climate action plan shared with Mother Jones reaffirms the Paris agreement and its goals to keep the world to well below 2 degrees Celsius of warming by implementing domestic targets for greenhouse gas emissions as quickly as possible. The “action plan” is admittedly more of a messaging document than a policy directive, though one potentially controversial section says: “We recognise [sic] that long-term low greenhouse gas emission development strategies may inform our infrastructure investments.”

In the May draft, written before Trump decided on Paris, there’s a special footnote, noting the US reserves “its position on this document and its contents.”

“We’ve been very worried about the potential for some kind of US-Saudi Arabia-Russia collusion when it came to the G20 action plan on climate and energy.”

“We’ve been very worried about the potential for some kind of US-Saudi Arabia-Russia collusion when it came to the G20 action plan on climate and energy,” says Andrew Light, an Obama State Department official and international climate expert at World Resources Institute. Light notes that a unified front would help reconfirm “that President Trump is just wrong in his statement in the Rose Garden” by showing that the Paris deal is about capitalizing on the clean energy economy, and doesn’t harm domestic interests.

If 19 of the 20 countries (minus the US) affirm strong action on climate change in both texts, it would send a reassuring message about the Paris deal. Another possibility would be that countries agree to weaker language on climate to show a unified front, save for the US. A worst-case scenario is that several countries end up sitting out on the climate portions of the G20 outcomes and issue a parallel statement, which would be like saying we should act on climate change—sometimes. Pete Ogden, vice president for the United Nations Foundation climate program and former State Department official under Obama, said such an outcome would be “unnerving” but hardly an outright rejection of the Paris deal.

Even the worst-case scenario doesn’t spell defeat for the agreement. The biggest allies of the US and clean energy competitors from India to Europe are all still in and committed. As Germany, France, and Italy informed Trump in early June: “We deem the momentum generated in Paris in December 2015 irreversible, and we firmly believe that the Paris agreement cannot be renegotiated, since it is a vital instrument for our planet, societies and economies.”