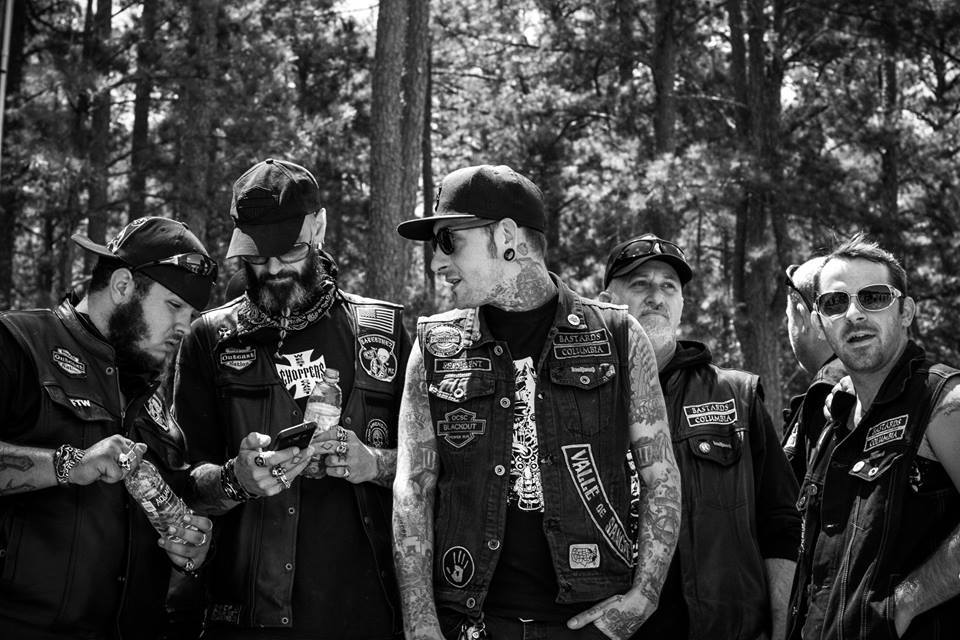 One week after two men were stabbed to death while defending two girls from a racist and Islamophobic diatribe on a commuter train, Portland, Oregon, is bracing for more violence. On Sunday, over the mayor’s objection, a right-wing group will hold a pro-Trump “free speech rally,” while anti-fascist activists are preparing to protest the gathering.

It’s a pattern that has played out across the country since the election: Pro-Trump events from Pikeville, Kentucky, to Berkeley, California, attract white nationalists, neo-Nazis, and Klansmen along with other provocateurs from the so-called “alt-right.” And, predictably, “antifa” counterprotesters mask up to oppose them—often physically.

Yet joining up with the well-established networks of antifascists and anarchists is a new generation of militant organizers. In Portland, Rose City Antifa’s coalition at this weekend’s pro-Trump rally will include the local chapter of Redneck Revolt, a national network whose outreach has targeted right-wing militia members.

Redneck Revolt is just one among a handful of left-wing groups that have pledged to resist emboldened white supremacists and right-wing extremists through “direct action” that sometimes goes beyond nonviolent protest—including picking up arms. Some see themselves as the heirs of ’60s radicals like the Black Panthers, while others look to the antifa movement for inspiration. Here are a few:

Bastards Motorcycle Club: A couple of years ago, South Carolinians Steven “Chavez” Parker and Joseph Guinn organized an anti-racist, LGBT-friendly motorcycle gang. Traditional biker clubs, Parker thought, “were all going to think one thing: ‘What a bunch of bastards.'” Since then, the Bastards Motorcycle Club has rolled up to oppose racist events across the South, sometimes armed and ready to rumble. In July 2015, the Bastards confronted a Ku Klux Klan demonstration in Charleston, South Carolina, and in April 2016 they joined a small army of counterprotesters at a rally of white supremacists in Stone Mountain, Georgia, home of a rock carving honoring the Confederacy. They’re now looking to set up new chapters—women need not apply. That’s “not the way things work,” says the group’s president, who insists on being called by his biker name, Gigolo.

“We are not people who believe, in situations where we’re under attack, that we should turn the other cheek.”

By Any Means Necessary: BAMN formed in 1995 to fight California’s rollback of affirmative action. The group, which is led by civil rights lawyer Shanta Driver, has organized anti-Trump rallies and high school walkouts. But it also supports more aggressive tactics. “When we say ‘by any means necessary,’ we mean everything from doing legal cases to organizing more militant actions,” Driver says. “We are not people who believe, in situations where we’re under attack, that we should turn the other cheek.” Last June, BAMN teamed up with antifas to confront a small group of white nationalists marching outside California’s Capitol building in Sacramento. Anti-racist protesters, many in black clothing and masks, pelted marchers with water bottles and hit them with wooden bats. Several people from both camps were beaten or stabbed. “They are organizing to attack and kill us, so we have a right to self-defense,” BAMN activist Yvette Felarca told a TV crew. “Anyone who’s thinking about joining them, don’t. Because it’s not going to be a good day for you.”

Redneck Revolt: This network, largely made up of anarchists and libertarians, is focused on anti-racist organizing among the white working class. Inspired by the Young Patriots—white Appalachian activists who allied with the Black Panthers in the late 1960s—the group now claims chapters in more than 30 regions. Redneck Revolt’s members can speak to their neighbors more easily than ivory-tower liberals, says Lucas Kelly, a member of the Phoenix chapter. “‘Privilege’ means one thing to them. It means a different thing to working-class folks who put in 60, 80 hours a week to support their family.” The group also runs firearms trainings. Last December, Kelly’s chapter sent members to a gun show, where they handed out posters tagged with the slogan “Fighting Nazis Is an American Tradition: Stop the Alt-Right.”

Huey P. Newton Gun Club: After a white Dallas police officer killed an unarmed black man in 2013, community organizers Yafeuh Balogun and Babu Omowale launched the Huey P. Newton Gun Club, a coalition of black self-defense groups named after the co-founder of the Black Panthers. “We’re going to educate black, brown, and poor white people to arm up or at least get familiar with weapons,” Balogun says. “So if a situation does arise, if they feel threatened, at least they can defend themselves.” When an anti-Muslim group held an armed protest outside a Nation of Islam mosque in South Dallas in April 2016, armed Gun Club members showed up to counterprotest. Balogun says his group, which operates armed patrols in South Dallas, has drawn the attention of the FBI. But he also emphasizes that it’s not just about guns: “What we advise people is to not necessarily be so quick, so fast, to pick up arms.”