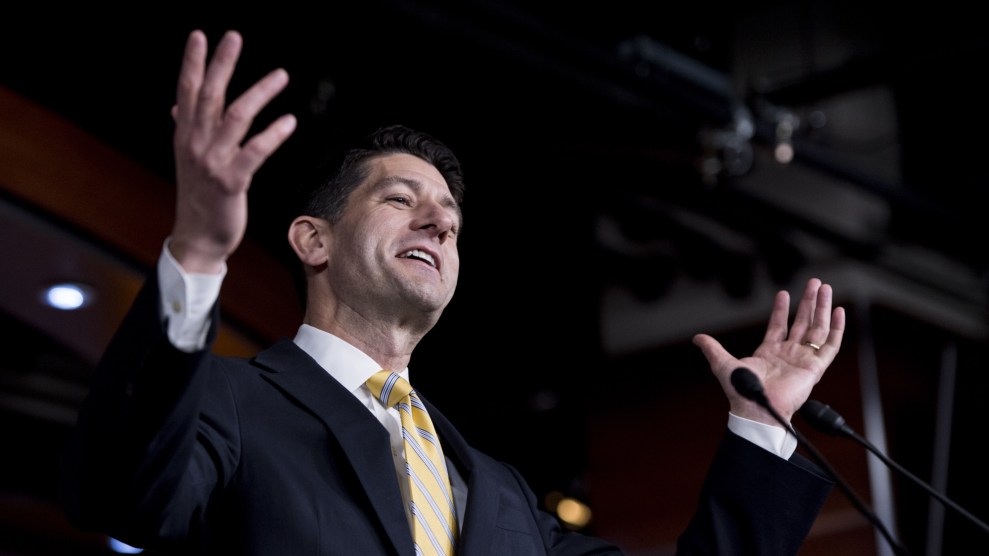 Republican efforts to repeal Obamacare could once again be in trouble. According to whip counts from various news outlets, Republicans have already lost nearly enough support from their own members in the House of Representatives to tank the American Health Care Act, the GOP’s bill that would rip apart and replace the Affordable Care Act.

The latest blow for House Speaker Paul Ryan (R-Wisc.) came Tuesday, when Rep. Fred Upton (R-Mich.) said that he’d vote against the bill. Upton is a particularly notable defection, since he’s the former chairman of one of the committees that deals with health care, and he’s spent years trying to undo Obamacare. But the current GOP repeal effort goes too far for Upton, because it would essentially end Obamacare’s ban on discrimination against people with preexisting conditions. “I’m not at all comfortable with removing that protection,” Upton said in a radio interview.

“I’m not at all comfortable with removing that protection.”

Last week, Republicans thought they were headed toward a deal that could pass the House. The hardcore conservatives in the Freedom Caucus had finally relented and offered their support for the AHCA after an amendment was introduced that would allow states to opt out of two of the core consumer protections in Obamacare: essential health benefits, and the prohibition on insurance companies charging higher rates for people with preexisting conditions. In other words, in order to win over the far-right members of their caucus, Ryan and other House leaders accepted a proposal that would allow insurance companies to once again price-gouge people with any sort of medical history.

But by caving to the Freedom Caucus and agreeing to ditch one of the most popular aspects of Obamacare, Ryan has lost support from a number of mainline Republicans in his caucus—Republicans who were already waffling thanks to the initial bill’s $880 billion in cuts to Medicaid and policies that would allow insurance companies to charge older Americans higher rates.

Republicans can likely afford to lose just 22 votes and still pass their bill. (The exact number depends on how many members of Congress are present if the vote ever happens.) Per a tabulation by HuffPost‘s Matt Fuller, there are 20 Republicans who have publicly said they will vote “No,” with another eight leaning against the bill. And those are just the Republicans willing to share their plains with the press. It’s possible that others are hesitant to publicly defy GOP leadership but are also wary of voting to repeal protections for their many constituents who suffer from preexisting conditions.

Ryan’s strategy for convincing his colleagues to support the bill seems to be to lie about what it actually does. After Upton announced his plans to vote against the proposal Tuesday, Ryan tweeted that it was “VERIFIED” that the bill protects people with preexisting conditions, despite the bill explicitly doing the exact opposite. Ryan’s own website acknowledges that fact, noting that the GOP plan would let states wave the current ban on preexisting condition pricing differences:

President Donald Trump has helped muddy GOP negotiations in recent days with a string of contradictory messages about what sort of health care bill he’d like to sign. In interviews, Trump has said both that the bill already protects people with preexisting conditions (not true) and also that the bill would be altered to add in those protections.

Still, despite all this bad news, Republicans have good reason to want to rush their bill through this week. While the public vote tallies aren’t favorable to Republicans, leadership is applying pressure behind the scenes that could possibly flip enough votes. Ryan reportedly asked his caucus to “pray” for the bill on Tuesday.

Ryan tells fellow Republicans behind closed doors to pray for the health vote they may be about to take this week.

Ryan doesn’t have a ton of time, though. Congress is scheduled to leave town Thursday for a one-week recess, and a week of angry town hall events back home isn’t likely to shore up wavering moderates who are hesitant to overturn the preexisting condition ban and slash Medicaid.

What’s more, the amendment to end the preexisting condition protections hasn’t been analyzed yet by the Congressional Budget Office. When the CBO ran the numbers on the initial GOP proposal, it projected that 24 million fewer people would have health coverage if the plan became law. That number would probably rise under the new proposal, and premiums for people with preexisting conditions would likely skyrocket. But the CBO hasn’t yet had time to score the new legislation, leaving Republicans a brief window in which they could pass the bill before the American public has a chance to hear what it will actually do.