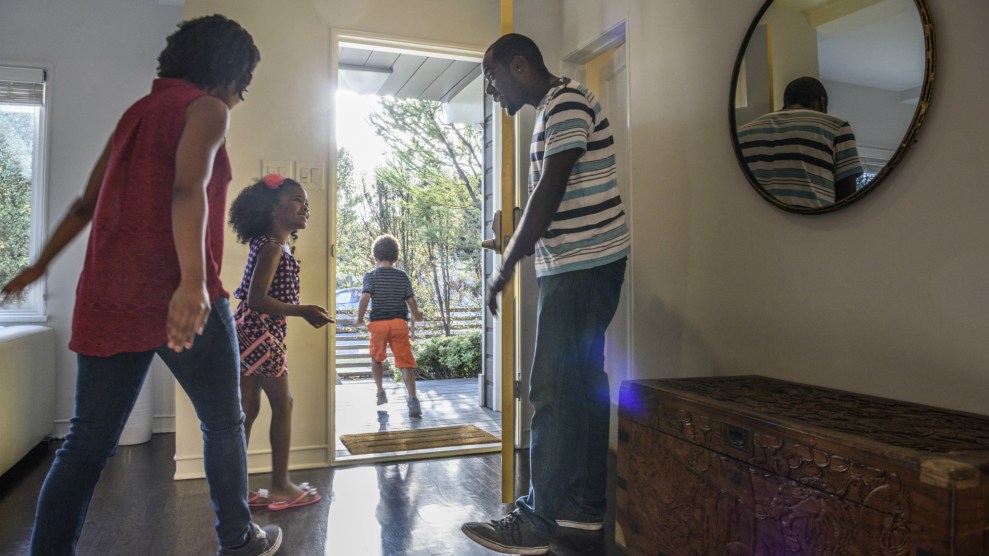 Black and Hispanic Americans continue to lag behind their white counterparts when it comes to equal access to employment, housing, education, and other areas. But a new report argues that with a new presidential administration unlikely to enforce longstanding civil rights laws, black America must also fight to protect the progress that they have already made.

That’s the main takeaway from the 2017 State of Black America report, released Tuesday by the National Urban League, a civil rights organization established in 1910 to focus on the economic empowerment of African Americans. The report, which has been released annually for more than four decades, evaluates how black life in America compares to that of whites on a number of issues, including housing, economics, education, social justice, and civic engagement.

For the past 13 years, the report has utilized a “National Equality Index,” a set of statistical measurements that provide a quantitative breakdown to assess exactly how the lives of blacks and Hispanics stack up when compared to whites in the United States. White America is given the baseline number of 100, which is intended to represent the full access to opportunity that whites have historically been afforded when compared to other racial groups. By giving each metric a score out of 100, the report is able to provide a specific assessment of the progress nonwhite groups have made in narrowing the gaps, and how much they continue to lag behind over time.

This year’s report tracks through the end of 2016, making it the last one to follow the progress of black America under President Barack Obama. Marc Morial, the President of the National Urban League, tells Mother Jones, that while looking at yearly changes in the measured variables make it difficult to grasp long-term shifts in the equality of nonwhite groups, this year provided an opportunity to assess the difference in the status of black Americans after eight years with the first African American president. “During the Obama era, the economy added 15 million new jobs, the Black unemployment rate dropped and the high school graduation rate for African Americans soared,” Morial notes in the report. “Now that progress, and much more, is threatened.”

The 2016 edition, which was entitled “Locked Out: Education, Jobs, and Justice,” emphasized that black America still had much farther to go, but this year’s report—”Protect our Progress”—argues that under the Trump administration many hard-won gains are in jeopardy. In an interview with Mother Jones before the report’s launch, Morial noted that the presidential election had played a large role in the shift in tone of the report, adding during the official launch on Tuesday, “It would be difficult to pinpoint any moment in recent history where so much of our economic and social progress stood at dire risk as it does today.”

“It would be difficult to pinpoint any moment in recent history where so much of our economic and social progress stood at dire risk as it does today.”

“There are several actions taken by the new administration that raise great cause for concern,” Morial says. He points to the Justice Department as his most immediate concern, noting Attorney General Jeff Sessions’ efforts to undermine consent decrees with police departments and voting rights enforcement “are inconsistent with the idea of a Justice Department that should enforce civil rights law.” He also points to the Department of Education, and “what could be an anti-public schools agenda” should the agency make good on its promise to promote school choice.

The report notes there have been small, but important, developments over the past year. Overall, Black Americans are 72.3 percent equal to their white counterparts, slight progress from last year when they stood at 72.2 percent. Specific areas reveal a more complicated picture. Across individual metrics there were some slight increases for black America, with education moving to 78.2 percent from 77.4 percent last year, likely because of an increase in the number of students working with more experienced teachers and a decline in the number of high school dropouts across all racial groups. Health outcomes improved from 79.4 percent to 80 percent, which may be because of more equal Medicare expenditures among blacks and whites. Economics—a metric that takes employment rates, wages, and business ownership into account—increased slightly to 56.5 percent from 56.2 percent with continued improvements in the black unemployment rate.

Black Americans are more civically engaged than whites, scoring 100.6 percent in both years. Social justice declined, falling to 57.4 percent in 2017 from 60.9 percent last year. The National Urban League attributes much of the decline to the change in the way the Bureau of Justice Statistics—a main source of raw data for the social justice index’s calculation of racial disparities in traffic enforcement—reports racial disparities in traffic stops.

The report also tracks the equality of Hispanics compared to whites, finding that overall, Hispanic Americans are at 78.4 percent in 2017 compared to 77.9 percent in the previous year. Much of this increase was due to a jump in the health index, which can be attributed to a decrease in the maternal mortality rate and an increase in insurance coverage. Similar to black Americans, there were also increases in economics and education. These increases helped offset declines in civic engagement and social justice.

The National Urban League also tracks gaps in unemployment and income equality between racial groups living in major metropolitan areas, and found the Riverside-San Bernardino-Ontario, California, metro area continues to have the smallest gap between the incomes of black and white residents. Minneapolis, Minnesota, has the largest. The unemployment rate between the races in the San Antonio-New Braunfels, Texas, metro area has the smallest disparity, while Milwaukee has the greatest. For Hispanics, the North Port-Sarasota-Bradenton, Florida, metro region is best for unemployment equality—Rochester, New York, is the worst. While Modesto, California has the smallest racial income gap, Springfield, Massachusetts, has the largest according to the report.

The State of Black America describes the problems but it also attempts to outline proposed policy solutions in the portion of the report entitled “Main Street Marshall Plan.” During Tuesday’s press conference, Morial called the plan—which supports several policy proposals including a $15 minimum wage, universal childhood education, summer jobs for youth, job training and workforce development, infrastructure, and affordable housing—a “forward-leaning investment,” suggesting that its rigorous research could provide politicians with some guidance as they plan for the future.

Critics have already slammed the Trump administration for being weak on civil rights, and the president notably declined an invitation to address the National Urban League’s annual conference during the election season. The National Urban League has not met with Trump recently, but members of the organization have met with Ivanka Trump and spoken to Jeff Sessions. In the past month several groups, particularly the Congressional Black Caucus, have held discussions with the administration and offered policy proposals for communities of color, only to then speak out when the administration moved against civil rights in some way.

Still Morial remains confident that even under these conditions, there is a chance for progress. “Obviously in this political environment, we are going to face headwinds,” he says. “However I think that this is just a question of politicians being able to get their act together.”