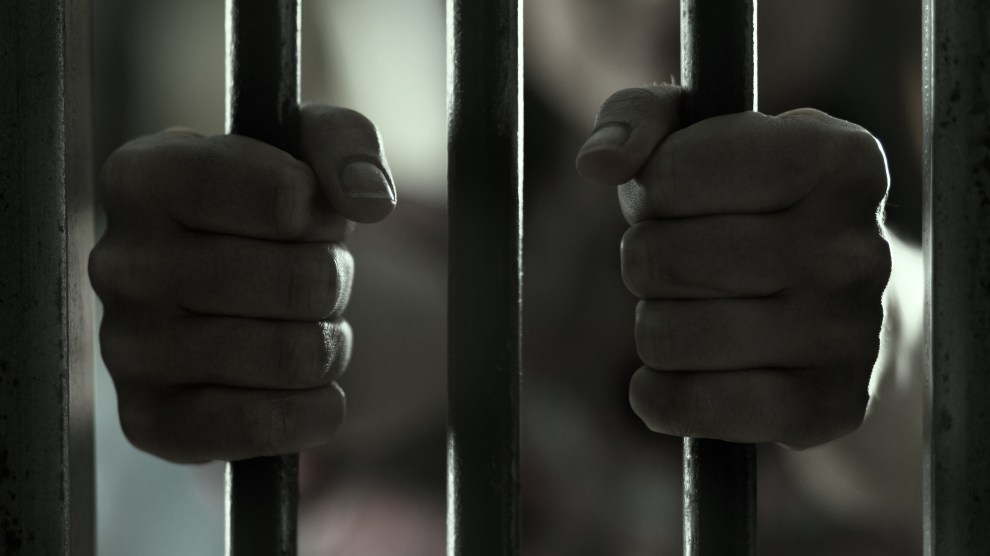 One out of every nine prisoners in the United States is currently serving a life sentence—a record high—even as the overall prison population has fallen. That’s according to a depressing new report by the Sentencing Project, an advocacy group that’s been tracking life sentences since 2004. Almost 162,000 people are now serving life behind bars, up from 132,000 about a decade ago and 34,000 in 1984.

To put that in perspective, for every 100,000 people in America, 50 have been locked up for life. That’s roughly the total incarceration rate—including inmates whose sentences are just a few months—in Scandinavian countries like Denmark, Sweden, and Finland.  And it doesn’t even account for the tens of thousands of Americans handed sentences of 50 years or more, which are considered “de facto life sentences,” says Ashley Nellis, a senior research analyst at the Sentencing Project who co-authored the report.

What’s driving the uptick? It’s not a rise in violent crime or murder—both have dropped substantially since the mid-1990s. Nor is it an increase in the number of criminals behind bars: A majority of states saw declining overall prison populations from 2010 to 2015. 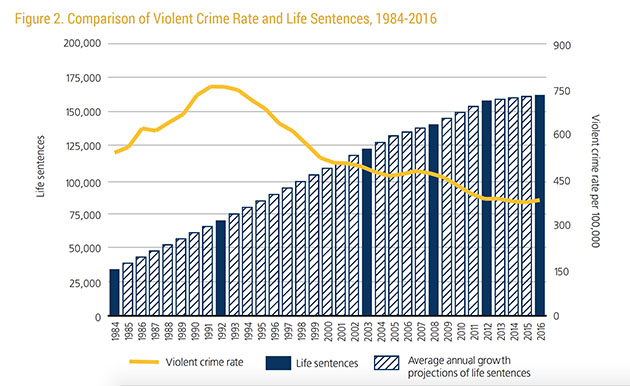 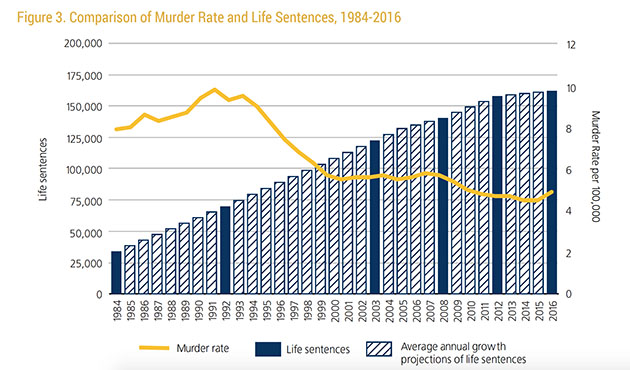 In part, the continuing rise in lifers is a legacy of three-strikes laws and mandatory minimum sentencing. It may also be related to the shift away from capital punishment. In some states that no longer allow executions, elected officials like governors and prosecutors have championed life-without-parole sentences—which account for the biggest increase in life sentences nationally—as a way to appear tougher on crime. “Going forward, we will have a system that allows us to put these people away for life, in living conditions none of us would want to experience,” Connecticut Gov. Dannel Malloy, a Democrat, said in 2012 when his state abolished the death penalty. But these lengthy punishments probably aren’t keeping the public safer. “The impulse to engage in crime, including violent crime, is highly correlated with age,” the Sentencing Project notes. “Most criminal offending declines substantially beginning in the mid-20s and has tapered off substantially by one’s late 30s.”

Finally, it’s important to remember that many of the prisoners serving these long sentences never actually hurt anyone: Two-thirds of lifers or de facto lifers in the federal system committed nonviolent crimes—and one-third of them are serving time for drug crimes. With Attorney General Jeff Sessions at the helm of the Justice Department alongside his team of tough-on-crime advisers, there’s a good chance that won’t be changing anytime soon.