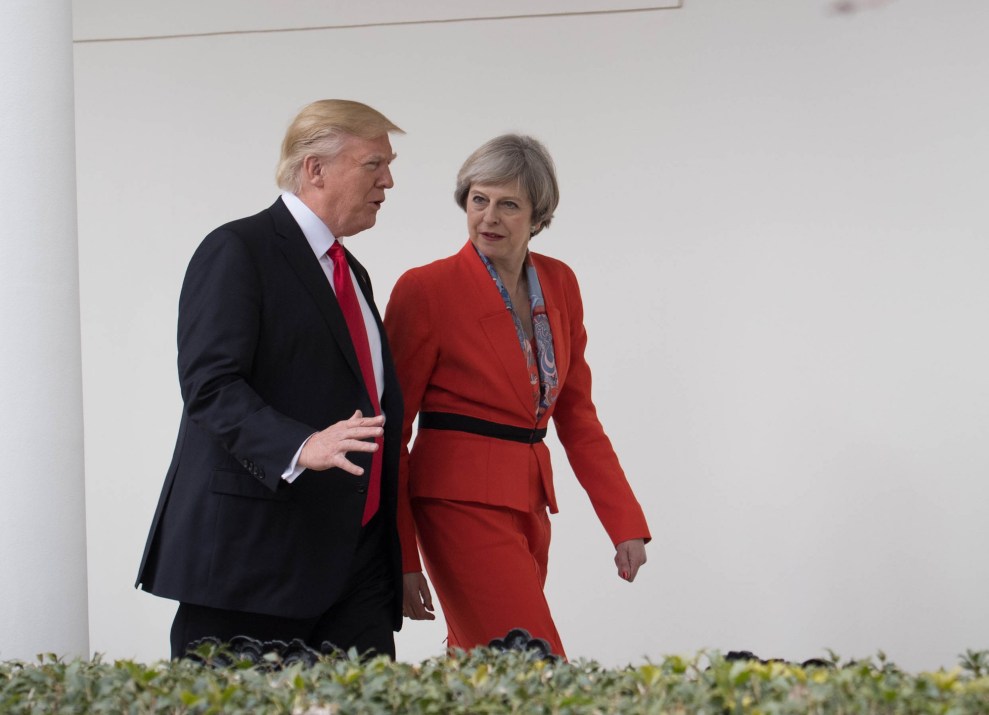 Update, 7:20 am EST: The BBC reports British police will stop sharing information regarding the Manchester attack to the US. Authorities were reportedly specifically angered by the New York Times publishing photos showing debris from the attack.

Ian Hopkins says the leaking of information in the New York Times caused “understandable…distress” to the families of victims pic.twitter.com/WAEsUxfKhc

High-ranking British officials, including Home Secretary Amber Rudd, are speaking out against the United States, after a number of confidential details in the ongoing investigation into Monday’s Manchester attack appeared in American media before British authorities confirmed them.

“The British police have been very clear that they want to control the flow of information to protect operational integrity, the element of surprise,” Rudd said in an interview Wednesday with BBC’s Radio 4. “So it is irritating if it gets released from other sources.”

“I have been very clear with our friends that that should not happen again,” she continued.

The information in question includes the suspected attacker’s identity and the detail that the attack was likely a suicide-bombing—intel that emerged in American reports hours before authorities publicly verified them. BuzzFeed reports CBS News and the Associated Press were among the American media to cite anonymous US intelligence officials in the reports in question. Notice the time-stamps below:

Meanwhile, British news outlets adhered to police exhortations and waited to disclose such details until officials were ready to reveal them.

Rudd’s admonishment comes as the latest setback in the United States’ intelligence-sharing relationships with key allies, after the Washington Post reported last week that President Donald Trump divulged highly classified information to the Russian ambassador and foreign minister during a meeting in the Oval Office. The bombshell allegation raised concern that Trump’s reveal could jeopardize relations with the intelligence-sharing partner—later reported to be Israel—who relayed the information to the United States in the first place.

On Monday, Trump stepped into it again, when he appeared to inadvertently confirm that the source was in fact Israel.

Really confusing moment here where Trump stops the press from being ushered out of his photo spray with PM Netanyahu. Full video—> pic.twitter.com/A7UVcw3Zt2

“This is a leaky administration,” Thomas Sanderson of the Center for Strategic and International Studies in DC told the Guardian. “What does that mean for sharing information we need to going forward? The UK and Israel are probably our two biggest sources of intelligence. Now they’re thinking, ‘Is this going to cause us damage every time we share?'”