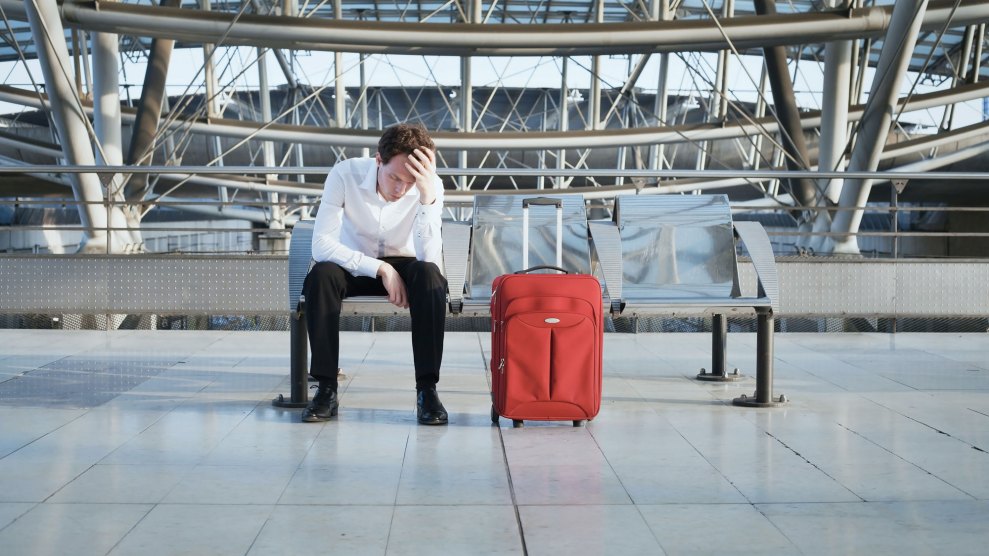 Policymakers reacted swiftly this week to the outrageous viral video of police officers forcibly removing an innocent passenger from an overbooked United Airlines flight. A new passenger bill of rights, including regulations on bumping people from flights, was announced on Tuesday—by Canada’s transportation ministry.

Here in the United States, at least one party has a long history of siding with the airlines at the expense of their passengers. “It’s an ongoing frustration that we haven’t had good cooperation on the Republican side,” says Sally Greenberg, executive director of the National Consumers League. “Their constituents are being mistreated, just like Democratic constituents. I’m disappointed and frustrated.”

In 2016 alone, Sen. Richard Blumenthal (D-Conn.) introduced 22 different consumer-protection riders to a funding bill for the Federal Aviation Administration. Among other things, the proposals would have placed a moratorium on seat-size shrinkage, required more transparency about ticket fees and passenger complaints, promoted competition between airlines, and ensured that passengers had the right to sue airlines instead of being forced into arbitration. (See the complete list below.) None of the proposals made it through the GOP-controlled Senate.

“The degrading treatment of this [United passenger] is the latest example of a major US airline disrespecting passengers and denying them their basic rights,” Blumenthal wrote to Transportation Secretary Elaine Chao on Tuesday. “Your agency must conduct a swift, sweeping investigation into United Airlines and the industry practices that led to this incident.”

Congressional Republicans delayed for years the passage of the handful of consumer protections that exist for airline passengers. During the George W. Bush administration, GOP senators killed a passengers bill of rights that, among other things, would have restricted how long people could be confined to a grounded airplane without food and drinks. In 2011, the Obama administration enacted a stricter version of the rule administratively, adding requirements that airlines reimburse passengers for lost bags, disclose extra ticket fees on their websites, and compensate bumped passengers financially.

During the last election cycle, the top airline lobbying group gave almost six times as much cash to Republicans as to Democrats.

“The Republicans can be viewed as the party of big business, whereas Democrats are more for personal rights and equality,” says Rainer Jenss, director of the Family Travel Association. One provision his group backed that requires airlines to let families with children sit together on flights free of charge became law last year—but only after it attracted support from a Republican congressman who’d had a family member get separated from his kids during a flight, Jenss says.

Not all Republicans, after all, are airline industry lapdogs. On Tuesday, New Jersey Gov. Chris Christie asked the TSA’s Chao to suspend the federal regulation permitting airlines to overbook flights and remove passengers as a result. “This conduct is abusive and outrageous,” Christie said in a press release. “The ridiculous statements, now in their third version, of the CEO of United Airlines displays their callousness toward the traveling public with the permission of the federal government.”

The airline industry, however, favors Republicans. In the most recent election cycle, United Continental Holdings gave them $547,000, versus $497,000 for Democrats—a split that roughly mirrors the industry’s spending patterns. The main airline lobbying group, Airlines for America, leans far more toward Republicans: It donated about $85,000 to Democrats in the latest cycle. It gave nearly six times that much (about $478,500) to Republicans and conservative groups, according to OpenSecrets.org. In 2015, Politico reported that House Transportation and Infrastructure Chairman Bill Shuster (R-Penn.) was actually dating Shelly Rubino, an Airlines for America executive. Republicans “are literally in bed with the industry!” says the National Consumers League’s Greenberg.

She hopes the United scandal will convince Republicans to end their love affair with Big Air: “I think Congress is going to be under a lot of pressure to take some decisive action because of what people saw in that video.”
______

Here’s what Sen. Richard Blumenthal proposed last year to keep airlines in check.
But not one of his amendments made it past Mitch McConnell et al.