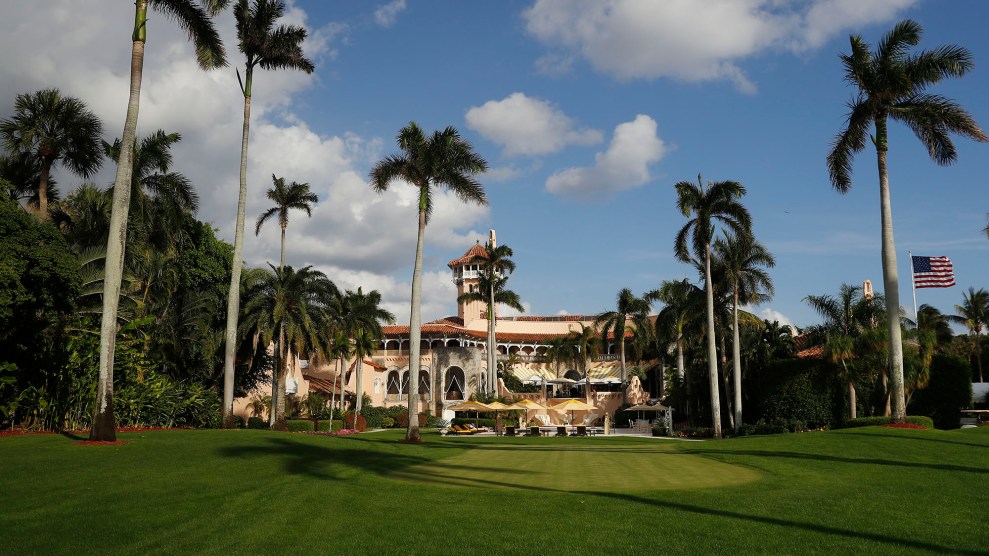 After drawing sharp criticism on Monday, the State Department deleted a web article that showcased the President’s Mar-a-Lago estate and private club. The post, which had been available on the department’s ShareAmerica site since April 4, highlighted the compound’s “style and taste” while noting the central role the oceanside property has played in Trump’s presidency, having hosted state visits by Chinese president Xi Jinping and Japanese Prime Minister Shinzo Abe.

The post‘s tone was questioned after it gained wide notice on social media. “This reads almost as if it’s an advertisement for the private club,” says Jordan Libowitz, Communications Director of Citizens for Responsibility and Ethics in Washington (CREW). “This makes you question whether there were ulterior motives in mind.”

ShareAmerica, a State Department public diplomacy project that creates social media friendly stories about US politics, culture, and places, characterizes itself as a “platform for sharing compelling stories and images that spark discussion and debate on important topics like democracy, freedom of expression, innovation, entrepreneurship, education, and the role of civil society.” The Mar-a-Lago article was shared by the U.S. Embassy in London’s website, and promoted by the Facebook page of the State Department’s Bureau of Economic & Business Affairs.

The post drew the ire of Sen. Ron Wyden (D-Oregon):

Yes, I am curious @StateDept. Why are taxpayer $$ promoting the President’s private country club? pic.twitter.com/IlPhUlvMwa

“It’s somewhat out of the ordinary for government websites to be talking about current businesses of the sitting president. That’s not a situation we’ve really seen before,” says Libowitz.

A State Department official provided Mother Jones a short statement after deleting the post late on Monday: “The intention of the article was to inform the public about where the President has been hosting world leaders. We regret any misperception and have removed the post.”

Since his inauguration, Trump has spent 25 days at the club at a hefty cost to taxpayers and local residents. Mar-a-Lago’s initiation fee jumped to $200,000 around the same time that Trump entered office.

The ShareAmerica article included an outline of the estate’s history, noting that the original owner—the cereal titan Marjorie Merriweather Post—willed her Palm Beach, Florida compound to the US government, hoping it would be used as a presidential retreat. At the time, the 114-room mansion was rejected as being unsuitable. In 1985, Trump purchased the residence, refurbished it, and reopened it as a private club in 1995. The now-deleted ShareAmerica post frames Trump’s 2016 election victory as fulfilling the original owner’s plan: “Post’s dream of a winter White House came true with Trump’s election in 2016.”