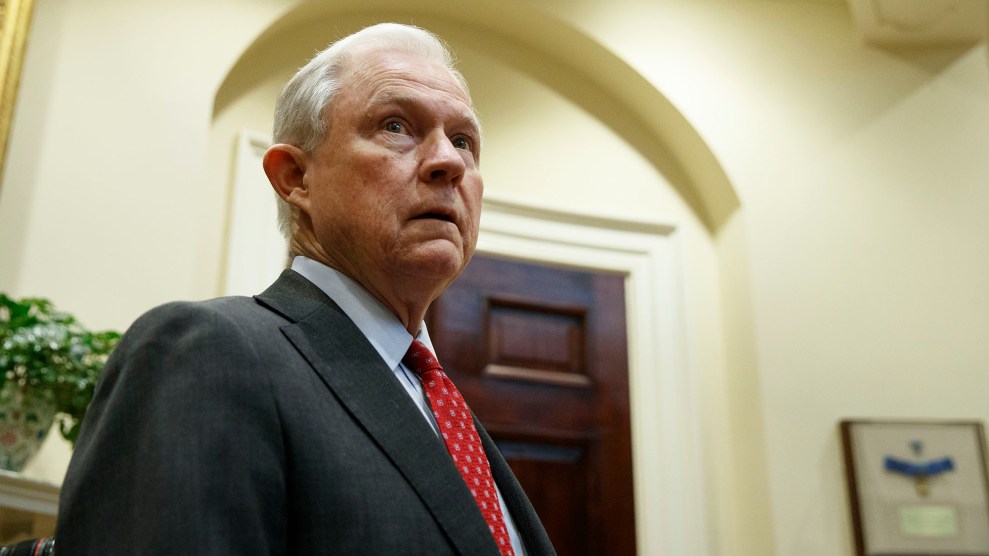 In a significant rebuke of the Trump administration Monday, a federal judge in Texas rejected the Department of Justice’s request to halt a major voting rights case that had been filed during Obama administration.

The case in question dates back to 2013, when the Obama DOJ joined voting rights advocates, Democratic lawmakers, and a group of Texas residents in suing to block a draconian voter ID law in Texas. This coalition scored a major victory last year when a federal appeals court ruled that the law discriminated against minorities and needed to be softened. The Texas legislature is currently working on amending the law.

However, the appeals court left open a key question in the case: whether the discrimination was intentional. It sent the case back to federal district court for a determination on that issue. The question of intent is significant. The finding of a discriminatory effect necessitates altering the law. But if the court finds that Texas acted with a discriminatory intent, the judge could throw the law out entirely. What’s more, if Texas is found to have engaged in intentional voting discrimination, a judge could require the state to seek federal approval for future changes to its voting laws. In arguing that Texas lawmakers indeed sought to discriminate against minorities, critics of the law pointed out that it allows voters to prove their identifies with concealed carry permits, which are disproportionately held by white people, but excludes IDs issued to state employees and state university students, which minorities are more likely to have.

But after Trump was sworn in and Jeff Sessions became attorney general, the federal government changed course. In February, the DOJ requested to withdraw its claim that the law was enacted with discriminatory intent, arguing that the Fifth Circuit’s instructions were to let the legislature amend the law before the courts decided whether to resolve to the intent question. In March, the government urged the court not to issue any opinion until after the legislature had acted. On Monday, the court allowed the US government to withdraw from the case—but rejected its reasoning for trying to halt the case.

United States District Court Judge Nelva Gonzales Ramos took issue with the idea that the state legislature’s action would remove the need to litigate the intent issue. “It is well-settled that new legislation does not ipso facto eliminate the discriminatory intent behind older legislation and moot a dispute regarding the violation of law,” the judge wrote. In her eight page order, she went on to dispute the logic the government’s lawyers presented in their briefs and cited multiple cases to explain why the case should proceed. The judge indicated she will issue a ruling on the discriminatory intent question this spring, without waiting on Texas lawmakers to act.

In a series of tweets, Gerry Hebert, an attorney representing the plaintiffs fighting this law, celebrated the judge’s order as “good news for voters seeking relief” and an “important victory.”