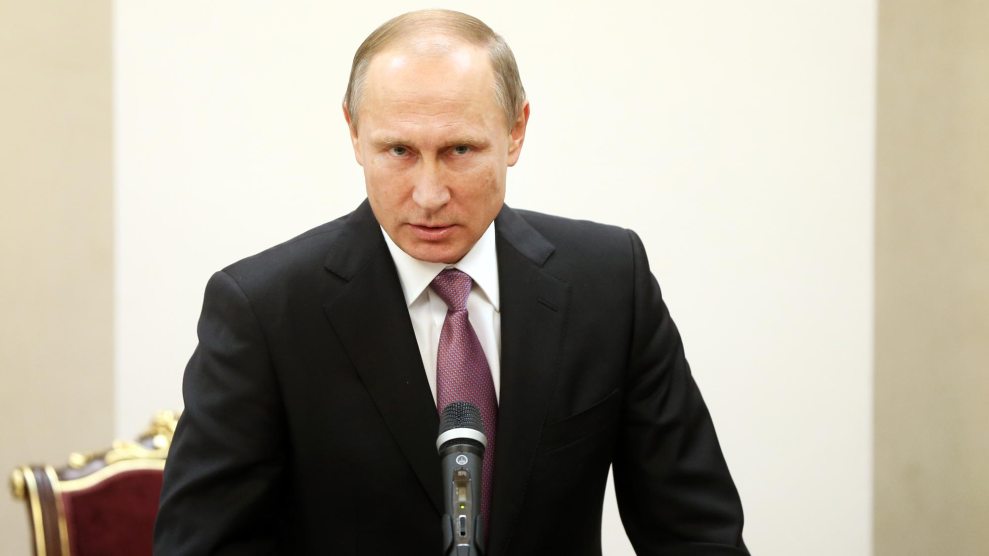 Following the US attack on a Syrian airbase overnight, Russian officials expressed outrage. Russia, which is allied with Syrian dictator Bashar al-Assad, denounced the missile strikes as a “violation of the norms of international law.” Russia also took an even more ominous step, announcing that it would be shutting down the “deconfliction” hotline it shares with the United States.

The deconfliction hotline may sound obscure, but it’s actually a key channel through which the two countries communicate about their military activities in Syria. The US and Russia are backing different sides in Syria’s civil war; the US and its allies are attacking ISIS (and now Assad), while Russia is attacking Syrian rebels. This creates the potential for an unintended incident between US and Russian forces to escalate into a larger conflict between the two powers. The hotline helps prevent that from happening by allowing both sides to coordinate their planes in Syria’s crowded airspace, avoiding collisions.

“This would have a very real impact on the US strategy against ISIS in Syria.”

After the US missile strikes—which President Donald Trump ordered in response to Assad’s latest chemical weapons attack on civilians—Russia declared that it was suspending the hotline. “While previous initiatives of this kind were presented as efforts to combat terrorism, now they are clearly an act of aggression against a sovereign Syria. Actions undertaken by the US today inflict further damage to the Russia-US relations,” said a statement issued Friday morning by the Russian Foreign Ministry. “Russia suspends the Memorandum of Understanding on Prevention of Flight Safety Incidents in the course of operations in Syria signed with the US.”

But on Friday afternoon, US military officials speaking anonymously to the Associated Press said that Russia and the US were still in regular communication. Referring to the deconfliction line, a senior official told reporters at the Pentagon that for now, it remained operational. “Our communication line is still open and they are answering on the other end,” the official said, according to The Hill.

It is unclear what will happen with the hotline in the coming days. But experts says that if it does shut down, it could lead to heightened conflict between the US coalition and Russia.

“How this actually evolves remains to be seen, but the risks of escalation are pretty huge,” said Olga Oliker, the director of the Russia and Eurasia program at the Center for Strategic and International Studies.

That’s especially true now that the US has positioned itself in direct opposition to Russia in Syria, says Oliker. Prior US airstrikes in the war-torn country had been directed at ISIS. But the latest US strike, which involved 59 cruise missiles fired at a Syrian airbase, was a direct attack on the Russia-backed Assad regime.

“When both sides were saying they were going after ISIS, deconfliction made it possible for them to collaborate. If you’re on the same side, deconfliction also has that important purpose,” Oliker says. “But if you’re on opposite sides, then it prevents things from getting worse.” (Russia initially claimed it was entering the Syrian conflict to fight terrorist groups; US officials have said the vast majority of Russia strikes have targeted moderate anti-Assad rebels rather than ISIS.)

In addition to the escalation issue, gutting the deconfliction agreement could hurt US efforts in Syria to target ISIS, a top goal of the Trump administration.

Having to operate with constant concerns about potential collisions or other run-ins with Russian forces would complicate US missions, says Nicholas Heras of the Center for New American Security.

“It boxes in the US ability to move against targets of opportunity,” Heras said. “This would have a very real impact on the US strategy against ISIS in Syria.”

Heras calls the US missile strikes a “red line” event that has created a “delicate dance” for the administration going forward as it tries to mount the counter-ISIS campaign that Trump has long prioritized.

“President Trump has said that the US wants to conduct a counter-ISIS campaign with Russian and Assad buy-in,” Heras says. “So how do you send messages in one area of the country in the context of that civil war, while being allowed to have a relatively free hand in another part of the country that you’ve stated is your policy priority?”