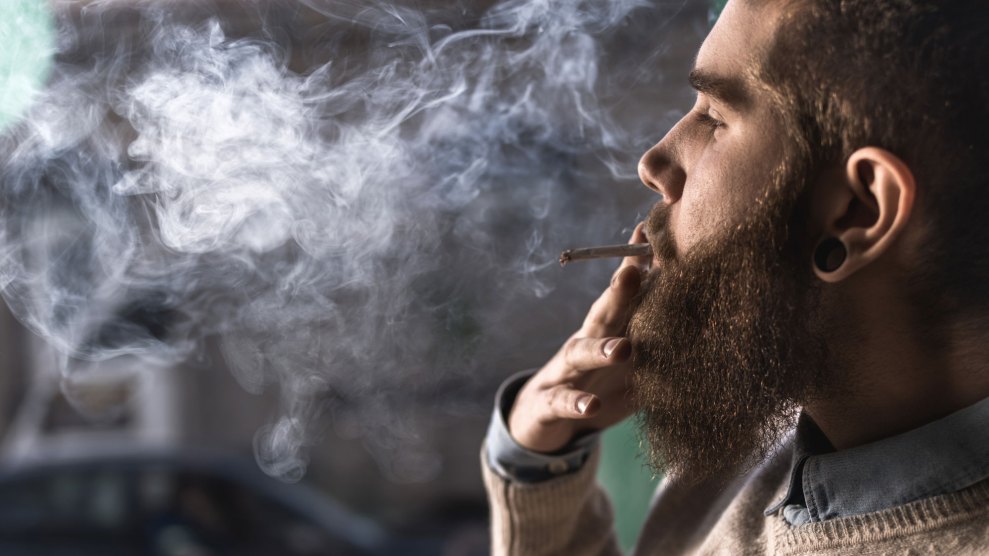 There’s a cloud hanging over today’s 4/20 celebrations—and it’s not just the happy kind.

Tokers are keeping a close eye on Washington for signals that the Trump administration will move to crack down on states that allow recreational pot smoking. As Attorney General Jeff Sessions said last April, “Good people don’t smoke marijuana.”

But rather than waiting for the Justice Department to move first, this week the California Assembly’s Public Safety Committee approved a bill that would prohibit state and local police from helping federal agents crack down on marijuana activity that the state has deemed legal. Drawing a page from immigration activists, supporters are promoting the bill as an effort to make California a so-called sanctuary state for pot smokers and entrepreneurs.

“It is very difficult for the feds to do this without the help of local law enforcement,” says Lynne Lyman, the California State Director of the Drug Policy Alliance, which crafted the bill. “So this will at least hamper their ability to interfere.”

In 1996, California became the first state to legalize medical cannabis and in November joined seven others that have legalized the herb for recreational use. Yet despite the Golden State’s permissive approach, state authorities have often cooperated with federal agents in carrying out raids on cannabis dispensaries—even when they comply with state laws, Lyman says. AB 1578 would prohibit such cooperation except in cases in which cannabis users, growers, or distributors violate state laws.

The law faces stiff opposition from the California Police Chiefs Association, which also opposed legalizing pot in the state, and from the League of California Cities, which worries that it “will serve to provoke federal enforcement action rather than offer meaningful protection.” Passing the bill “will be a tough fight,” Lyman concedes, but she sees a chance to use the 4/20 holiday to expand the bill’s political coalition. She is traveling up and down the state today pitching it to city lawmakers.

The bill, AB 1578, is intended to compliment SB 54, a bill that would make California a sanctuary state for undocumented immigrants.

Pot is closely tied to many immigrant deportations. Marijuana possession is the fourth most common offense among immigrants removed from the country for criminal convictions, and Homeland Security Chief John Kelly on Tuesday reaffirmed that Immigration and Customs Enforcement will continue to use marijuana possession and distribution convictions as a basis for “targeted operations against illegal aliens living in the United States.”