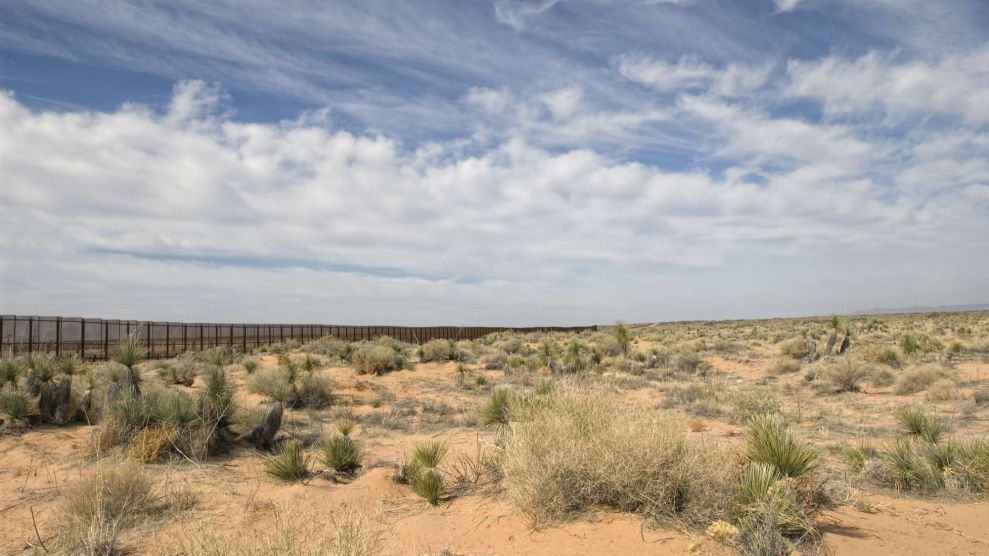 This story was originally published in Reveal from the Center for Investigative Reporting.

Of all President Donald Trump’s promises, his signature wall along the 2,000-mile U.S.-Mexico border has drawn especially creative opposition.

And then there’s Sarah Zapolsky and her friend April Linton, two Washington, D.C.-area social scientists. Their quaint concepts include a wall of cacti and a barrier of affordable homes.

But they had more in mind than quirky commentary.

Their ideas are part of a quiet, slightly subversive strategy. A bureaucratic pothole for the border speed bump. Call it guerrilla bidding.

Their ideas are part of a quiet, slightly subversive strategy. Call it guerrilla bidding.

The two women are federal employees who know something about government contracting—and how to potentially gum it up. Zapolsky, who gives her age as “old enough to know better,” works at the Department of Housing and Urban Development. Linton, 56, is at the State Department.

Armed with an insider’s understanding of how procurement works, Zapolsky knows that the government must review and respond to legitimate bids and related questions. That can cause drag on the process—exactly their plan.

Approaching the deadline set by the Trump administration to submit “white papers” for 30-foot-tall concrete and “other” border wall prototypes, the two women prepared their pitches. On Tuesday, the agency pushed back its deadline for submissions a third time—to April 4.

Getting past the stringent requirements for competitive bidders—who must have completed within the past five years similar projects of at least $25 million—poses a challenge to their plot. In a nod to these unusual political times, the agency also made the uncommon request for details about prospective contractors’ experience with “politically contentious design-build projects.”

But that hasn’t discouraged Zapolsky and Linton from dropping rumble-strip questions on the agency, to which it is supposed to respond:

On Tuesday, Customs and Border Protection posted its responses to questions. The agency reposted a truncated version of one of Zapolsky’s questions: “Does this refer to taking down the wall?” Its response: “Yes, if the line item is exercised.” 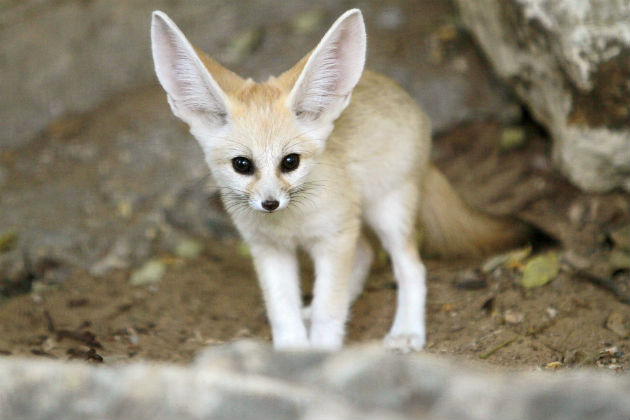 One proposal for a border barrier would include fennec foxes to aid security forces. Gil Cohen Magen/ZUMA

Trump’s champions have complained of so-called Deep State defiance from within the federal bureaucracy to undermine his efforts. Zapolsky and Linton, who met while working at the Department of Homeland Security, swear to no such membership. Their resistance stems from their concerns about the impact a wall may have and how their taxpayer money is spent. The two are acting as private citizens, not public employees, they say.

“This isn’t ‘deep’ government,” Zapolsky said. “Never confuse dissent with disloyalty. I’m all about making this country remaining great. This (wall) isn’t the way to do it.”

By law, these would-be solicitation saboteurs can’t work for the government and win a federal contract. But they’re not interested in getting a dollar out of the border wall design bids, which could total $600 million.

The goal is to draw a formal complaint on the agency request that could slam the brakes on the bidding process. The daughter of a “government girl” who opposed McCarthyism, Zapolsky took umbrage that Customs and Border Protection initially planned to give the public just four days to create and submit designs for a border wall. 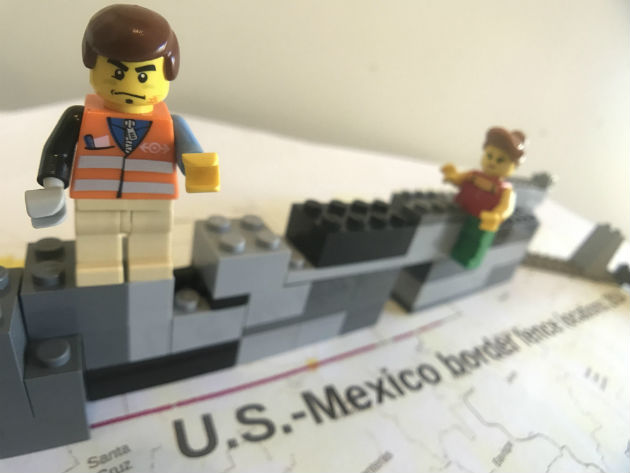 Zapolsky’s 12-year-old son proposed building a wall out of Legos. Reveal created a Lego model (not to scale). Andrew Becker/Reveal

With a nod to her current job at HUD aiming to end childhood homelessness, Zapolsky chose a wall of houses along the border. And, because, you know, barging through someone’s living room is rude.

Linton, who has studied immigration, saw the Facebook post and got busy, too. Her expansive “Beautiful Borders” vision is a wall of stovepipe cactus—which can grow to 30 feet. Landscaped with hiking trails and nearby interpretive centers jointly staffed by bilingual park rangers from Mexico and the United States, the wall would be patrolled by security forces aided by fennec foxes. The vulpine desert dwellers would have training “to identify the scent and body language of smugglers, terrorists and haters.”

“It’s big. It’s beautiful. Everybody will love it. Mexicans will build it,” a draft proposal ends.

As required, it offers a “concrete” solution.

If Zapolsky knows how many potential guerrilla bidders she’s encouraged with her Facebook call to submit designs, she isn’t saying. The two think they’ve already played a part, however minor, to stall Trump’s wall.

The women claimed the delays as a “joyful and respectful” but small victory.

Caught off-guard by the level of what Customs and Border Protection deemed “industry” interest after its late February notice, the agency delayed its original March 6 target date to release its requests for proposal. About 725 construction companies, engineers, consultants and would-be vendors registered their interest in the project, Zapolsky and Linton included. The agency has outlined a two-month time frame to review and select winning bids with contracts to be awarded in early June, about two months later than first announced.

The women claimed the delays as a “joyful and respectful” but small victory, Zapolsky said, though what effect they had on the decision to push back the release of requests is unclear.

“That’s why the brakes were pumped,” he said.

Linton waxed optimistic that, once submitted, their proposals might get some attention.

“Maybe somebody from DHS actually wants to hear from me,” Linton said before the agency posted the requests. “It feels like we’re winning and we haven’t even submitted our concept yet.”