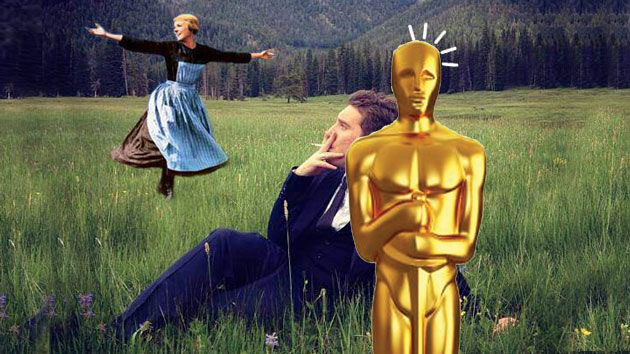 The Oscars! They are tonight! I went to them once and my dad lost to Nicolas Cage and then took us to McDonald’s and I had 20 McNuggets and many hot mustard sauces. (But dad already had an Oscar so like it was totes political; he totally should have won).

Anyway! I’m going to watch the Oscars and put some thoughts about them in this here post. The kids, they used to call this live blogging, but Twitter sort of is a running live blog and it kind of killed that whole thing, so instead of doing proper live blog time stamp stuff I’m just going to continually update this article and we’ll see where it goes! Maybe tomorrow morning this will just be a Reuters post I copy and pasted in.

Buckle up, friends! This baby is about to get cooking. (Don’t cook your baby. Unless it’s not a human baby and you are referring to a Boar’s Head piece of meat as ‘baby’)

• This Jimmy Kimmel monologue was either a) not great and totally forgettable, or b) i have not been paying enough attention because I was making that art of me in the grass with Julie Andrews and the Oscar statue.

• The first Oscar is Best Supporting Actor and it goes to Mahershala Ali from Moonlight! He’s apparently the first Muslim actor to ever win an Oscar, which is nuts. That’s insane. That it took this long for Hollywood to give a performer of the second largest religion in the world its highest recognition is insane.

With his Best Supporting Actor victory for MOONLIGHT, Mahershala Ali is the first Muslim actor to win an Oscar.

• Suicide Squad, an unwatchable film, just won some technical Oscar. Think about that. Suicide Squad is an Academy Award winning film and Donald Trump is president. God is dead.

• You know what was really great this year but wasn’t nominated for an Oscar because it is actually not a movie at all and thus not eligible? The Amazon Original television show Mozart In The Jungle!  It’s better than like 90% of this crap. Do you like it? They’re so cute together, the weird conductor and the weird oboist! I hope they fall in love. I mean they are in love but I hope they admit it to themselves, get together, and stay together. Relationships are hard, but when when you put in the effort they can be really rewarding. Anyway, it’s not a film so it wasn’t eligible tonight.

• OJ: Made In America won best documentary! I haven’t seen all the other nominees but I have seen that and it was great. It was a great companion piece to the similarly great The People Vs OJ Simpson. My colleague Edwin Rios actually wrote a great thing about how OJ: Made In America is great.

• Mel Gibson is nominated for Best Director tonight. A story:

Mel Gibson is nominated. At the 96 Oscars I said to him “my nanny loves you. she’d leave her husband for you.” He responded, “can she cook?”

This is a story about him being nice to kids/quick on his feet https://t.co/bBbQ1lKC4q

The Oscars are a sad joke, very much like our President. So many things are wrong!

• Viola Davis won! And she gave a really sweet speech.

• The film The Salesman from Iran just won best Best Foreign-Language Film. The film’s director Asghar Farhadi announced a few weeks ago that he was going to boycott the ceremony because of Donald Trump’s stupid fucking Muslim ban. A statement was read in his absence.

Statement read on behalf of foreign language film winner Asghar Farhadi denounces “inhumane law that bans entry of immigrants to the US” pic.twitter.com/KL5JidEhA4

• The dude from Mozart in the Jungle just appeared at the Oscars to present some animation award! Is he reading this post? If you are reading this, star of Mozart In The Jungle, please know that I am a big fan and would love to hangout sometime. Do you go to SoulCycle? I love SoulCycle. Let’s go to SoulCycle!

• The guy from Mozart In The Jungle came back to present some second animation award but first gave a really eloquent little speech about how Trump’s wall is dumb and evil. Sir, sir, sir, I love you. I want to be your best friend. I should probably learn your name.

• I’m tired. I have to be up early tomorrow to interview someone :(. I might just stop watching this. But I also might not stop. You know what they say, “life isn’t a song you’re playing, it’s a song you’re writing.” No one knows what the next brick on your path is even though you’re the one who lays the bricks, you dig? I dig. And I might keep updating this…or i might not.

• I personally don’t really care for Seth Rogen’s films but he seems nice?

• Michael J Fox just said he wanted to point out how much “we all owe to editors.” Indeed. This rambling blog post could probably use one.

• Some British dude won some Oscar. Finally, the British have arrived.

• Oh the British dude who won was the editor of Abortion, I mean Arrival. Arrival was about abortion.

• Hahaha the We Bought A Zoo thing was great.

• The cat who directed La La Land just won Best Director. It could have gone to the dude who did Moonlight. I don’t know who should have won and believe “should have” is a question for the poets, but I really liked La La Land and I say that as a person who went to theater camp and, i don’t mean to brag, had their first sexual relations backstage at a musical.

• Emma Stone won Best Actress! I don’t personally care if she was better than whoever, but she seems like such a sweet person. I really think that she at least appears to be maybe the most lovable Hollywood celebrity. I hope and believe that she probably is. Anyway, my main point is: congrats for this actress who seems objectively wonderful.

This was just so nuts

• i’m going to bed, but the real winner tonight was Marisa Tomei.