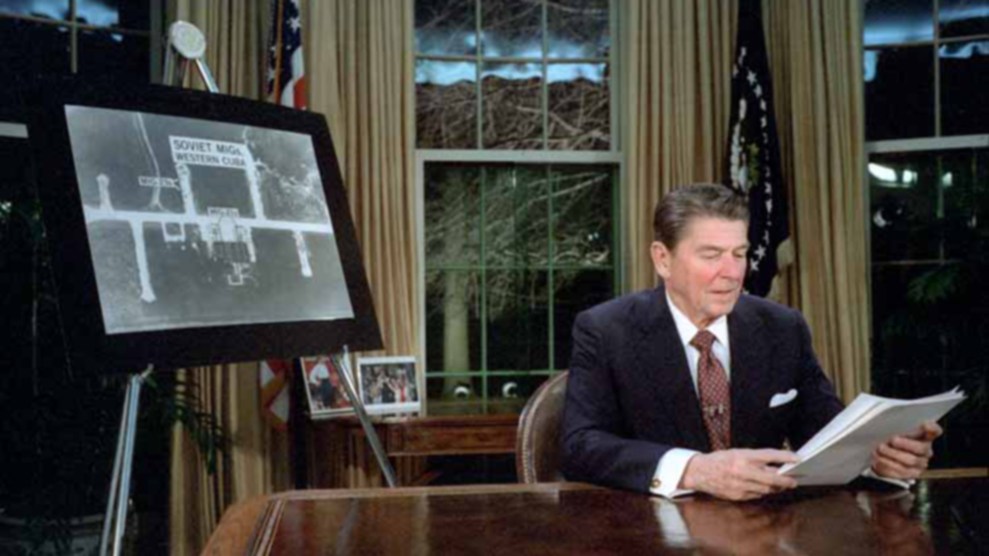 On March 23, 1983, President Ronald Reagan took to the airwaves to announce the first steps toward building an ambitious defense system that would protect America from nuclear annihilation. The Strategic Defense Initiative (SDI) called for an array of space-based lasers that could knock incoming Soviet intercontinental ballistic missiles (ICBMs) right out of the sky. The fanciful, technologically implausible concept was immediately lampooned as “Star Wars.” Yet over the next three-and-a-half decades, the federal government sank more than $239 billion (in 2016 dollars) into making some version of this Cold War daydream into reality, without much success.

Now it’s Donald Trump’s turn. Under the banner of “Making Our Military Strong Again,” the president has pledged to “develop a state-of-the-art missile defense system to protect against missile-based attacks from states like Iran and North Korea.” Stopping a nuke from Pyongyang may sound more realistic than shooting down hundreds of Russian missiles, but there’s still a long way to go. The existing missile defense system, according to the Union of Concerned Scientists, “is hugely expensive, ineffective, and offers no proven capability to protect the United States.”

Here’s a brief history of Star Wars’ prequels and sequels.

The Soviet Union tests its first ICBM. Four months later, the United States successfully launches its first ICBM and begins work on its first anti-ballistic missile (ABM) system, which would use nuclear-tipped interceptors to destroy incoming enemy warheads in space.

The Soviet Union successfully intercepts a ballistic missile. It and the United States spend the next decade researching and testing ABM defense systems.

The United States and the USSR sign the Anti-Ballistic Missile Treaty, limiting each country to two ABM sites and no more 100 ABMs. A later amendment to the treaty limits each country to just one missile site.

In a national television broadcast, Reagan announces that the United States will develop a space-based missile defense program that would render nuclear weapons “impotent and obsolete.” The system is a potential violation of the ABM Treaty. Seen as technologically unachievable, the Strategic Defense Initiative (SDI) becomes known as “Star Wars.” 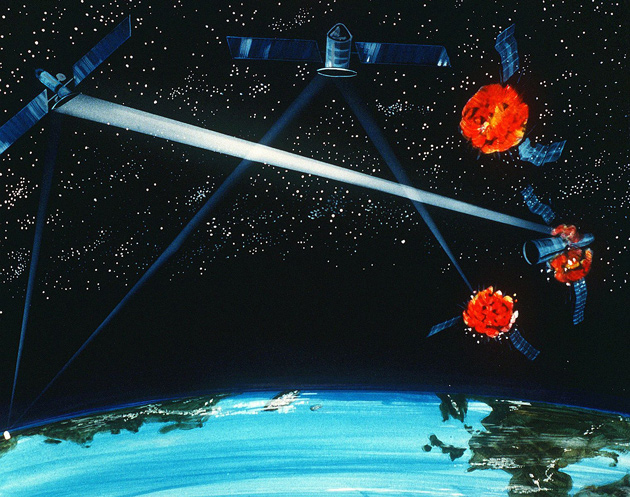 President George H.W. Bush scales back the SDI program and announces the Global Protection Against Limited Strikes (GPALS) system, aimed at countering small or accidental attacks. The plan, which calls for putting thousands of small interceptor rockets into orbit around the earth, is quickly canceled.

Secretary of Defense Les Aspin declares “the end of the ‘Star Wars’ era” with the launch of the Ballistic Missile Defense Organization, which focuses on regional, rather than intercontinental, missile defense.

After nearly a decade of research and continued calls for a national missile defense system from Republican members of Congress, President Bill Clinton signs the National Missile Defense Act of 1999, committing the country to deploying a national missile defense system “as soon as technologically possible.” Clinton won’t say when that might actually be. North Korea fires a ballistic missile over Japan.

Following a series of failed tests, the director of the Pentagon’s Office of Test and Evaluation releases a devastating report on how the tests for the proposed defense system had been set up to ensure the perception of success.

President George W. Bush outlines his vision for a renewed national missile defense program and announces his intention to withdraw from the ABM Treaty. Bush orders that missile defense capabilities are put into place within two years. The Ground-based Midcourse Defense (GMD) program is exempt from the Pentagon’s oversight and accountability standards in order to meet its deadline.

Construction of six missile interceptor silos begins at Fort Greely, Alaska. The United States withdraws from the ABM Treaty, leading to its termination. 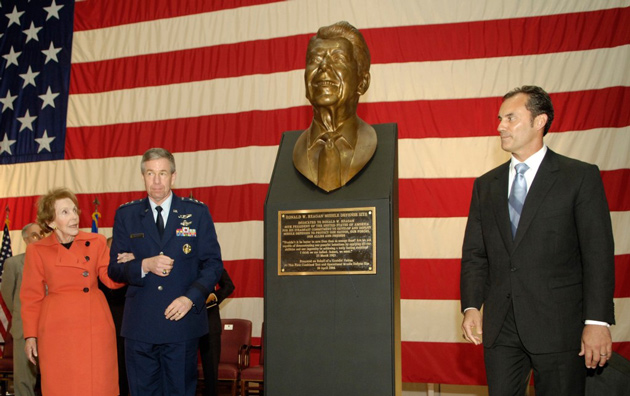 Nancy Reagan at the dedication of the Ronald W. Reagan Missile Defense Site at Vandenberg Air Force Base in 2006  Department of Defense

By 2012, 30 interceptors are deployed—4 at Vandenberg Air Force Base in California and the remaining 26 at Fort Greely. Tests of the new system fail more often than not, despite being carefully scripted for success.

In response to threats from North Korea, the Obama administration commits $1 billion to increase the total number of interceptors to 44 by the end of 2017. A failed interceptor test leads Philip E. Coyle III, who previously ran the Pentagon’s weapons-testing program, to state that the system “is something the U.S. military, and the American people, cannot depend upon.”

The GMD is expected to add a third interceptor site—costing approximately $4 billion. President Trump says he will develop a state-of-the-art missile defense system.