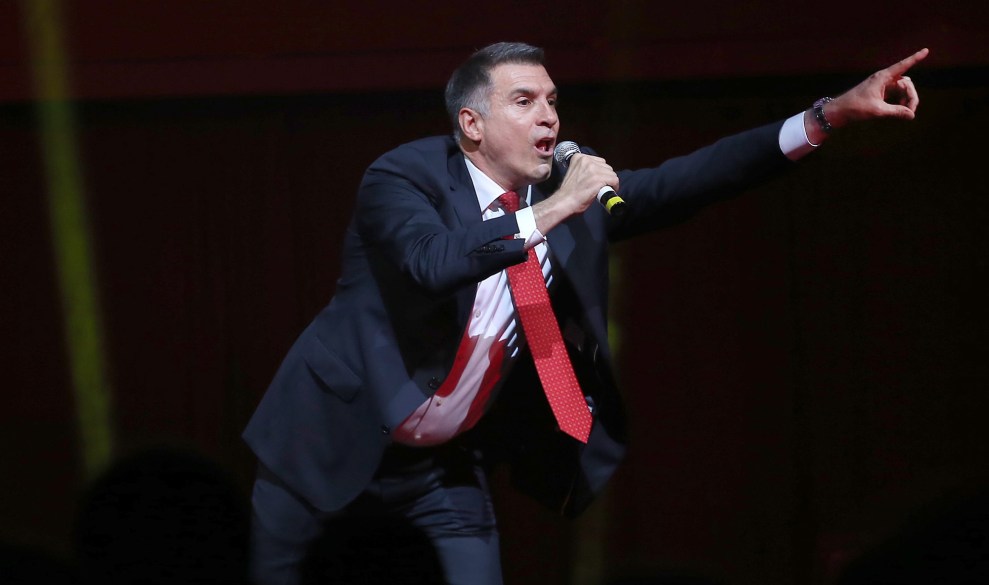 Donald Trump has selected yet another billionaire to join the ranks of his administration by tapping Vinnie Viola to be his secretary of the army. The job is not a Cabinet position—he will serve under the secretary of defense, a role for which Trump has tapped retired Marines Gen. James Mattis—but does require Senate confirmation. That means Viola’s vast personal wealth will be picked apart. And that could get complicated. Unlike other Trump appointees who made their billions in blockbuster deals, Viola earned his estimated $2.2 billion through lots and lots of very fast deals.

Viola attended West Point and joined the Army in 1977. He became an Army Ranger, jumping out of planes with the 101st Airborne. But he didn’t stay long in the military, leaving in the 1980s to join Wall Street.

It wasn’t until 2008 that Viola truly hit it big with the creation of Virtu Financial. The firm has since become one of the top 10 high-frequency trading firms—a form of trading that uses complicated algorithms, superfast computers, and artificial intelligence to make financial trades in mere fractions of a second. So before a person—or even a sophisticated trader—can learn of good or bad news and decide to buy or sell a stock, Virtu Financial has already bought or sold. It’s a complicated and controversial tactic; Michael Lewis detailed the downsides in his 2014 book Flash Boys. Critics of the methods used by Viola and other high-frequency traders contend that it allows these firms to front-run everyone else in the market, dulling the chances for others to make successful trades.

Whether its practices are fair or not, Virtu is extraordinarily successful. A Bloomberg profile of the firm reported that between 2009 to 2014, the firm lost money on only one day. Put another way, Viola and Virtu don’t win every time, just 99.94 percent of the time.

Thanks largely to Lewis’ book, which featured Virtu, the firm was the subject of a probe launched in 2014 by New York Attorney General Eric Schneiderman and a class-action lawsuit filed by the city of Providence and major pension funds. The suit accused Virtu and other high-frequency trading firms of taking unfair advantage of the rest of the market. It was eventually tossed out, and there have no been public signs that Schneiderman’s probe remains active. His office did not return a request for comment.