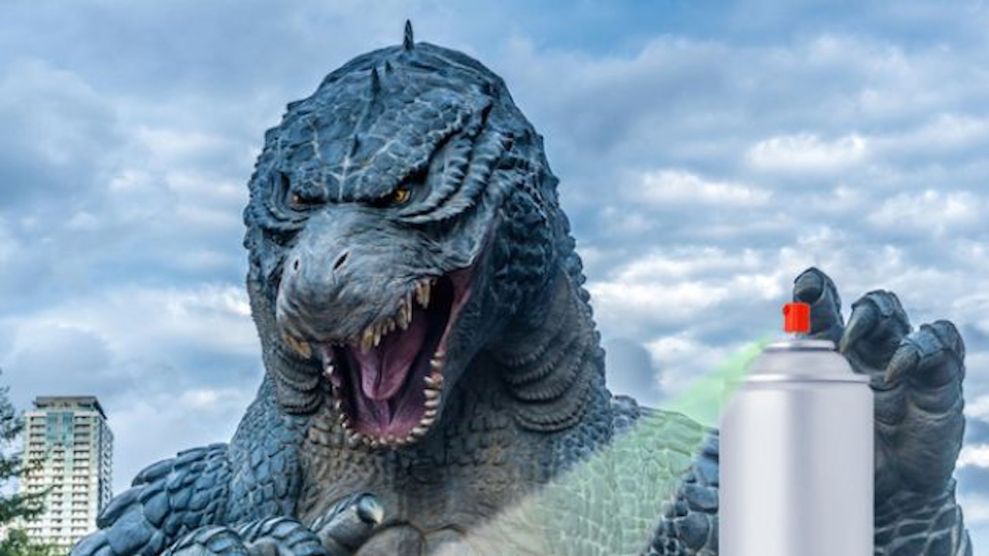 Well, that was weird.

But now 2016 is nearly over, and it’s time to look ahead to the food politics stories of the coming year. For the first time since George W. Bush exited the White House in 2009, the Republican Party owns the presidency as well as solid majorities in the US House and Senate. That gives them vast potential to overhaul food policy with little threat of gridlock. But since the president-elect himself is a walking chaos machine who has expressed few coherent opinions about food policy and has clashed often with party elites, uncertainty cloaks the food policy space like gravy on a chicken-fried steak. Here are some stories I’ll be tracking in the coming year:

• Mind-bending agribusiness deals. For more than a decade, the global market for seeds and pesticides was dominated by five massive companies. Very quickly after taking power, Trump’s Department of Justice will be tasked with vetting two mind-bendingly complicated deals that  could reduce that number to three: German chemical giant Bayer’s takeover of US seed titan Monsanto and the Dow-DuPont merger. If the deals pass regulatory muster here and in Europe, three behemoths—the above two combined firms, plus Syngenta (itself recently taken over by a Chinese chemical conglomerate)—would sell about 59 percent of the globe’s seeds and 64 percent of its pesticides. Here in the United States, the concentration would be even more intense. Bayer-Monsanto alone would own nearly 60 percent of the US cottonseed market; between them, Bayer-Monsanto and Dow-DuPont would sell 75 percent of the corn seeds planted by US farmers and 64 percent of soybean seeds.

Allowing just two companies that level of market share would harm farmers and, ultimately, consumers, says Diana Moss, president of the American Antitrust Institute. It obviously gives these firms leverage to charge farmers higher prices for seeds and pesticides—and indeed, prices for both have risen dramatically in recent years. Combining their R&D departments means less “innovation competition,” Moss adds—fewer competitors in the market means less incentive to come up with effective new products. And the combination of huge seed, pesticide, and genetic modification divisions would mean more incentives to devise seed products designed to work only with a company’s own proprietary pesticides, limiting farmer choice, she adds. Eventually, higher costs for these vital farm inputs will be passed on to consumers.

Recently, the Obama administration has shown its sensitivity to these concerns. In August, the Department of Justice blocked John Deer’s acquisition of Monsanto’s precision planter business—a unit that produces devices allowing farmers to plant corn, soybeans, and row crops at up to twice the speed of a conventional planter, without sacrificing accuracy. The deal would have given Deere at least 86 percent of the market for the devices and the power to “raise prices and slow innovation at the expense of American farmers who rely on these systems,” the DOJ declared.

While Trump’s DOJ might have to force Bayer-Monsanto and Dow-DuPont to sell off certain parts of their seed business because the market share numbers are so stark, Moss says she expects the deals to be greenlighted.

• A Dickensian school lunch bill? Every five years, Congress and the president are supposed to cobble together something called the Child Nutrition Reauthorization (CNR), which funds subsidized lunches in public schools for students from low-income families. The spending levels are miserly: The federal government pays schools $3.16 for each free meal they serve, the bulk of which goes to overhead expenses. The total outlay is about $13 billion annually—equal to about 2 percent of annual defense spending. Back in 2010, President Barack Obama signed a CNR that only increased funding by a tiny amount but did significantly raise standards, requiring more whole grains and more fruits and vegetables. Ever since, conservative lawmakers and their food industry backers have been trying to roll back the reforms, which were famously championed by first lady Michelle Obama.

Congress was supposed to pass a new CNR back in 2015. It failed to do so because Democratic lawmakers refused to go along with rollbacks on healthy food standards as well as a measure, promoted by GOP stalwarts in the US House, designed to undermine universal free-lunch programs for many high-poverty schools (more here on that). Earlier this month, a last-ditch congressional attempt to pass a CNR failed. The reason? “House Republicans felt entitled to a much more conservative bill after sweeping GOP victories in the election,” Politico reports. In 2017, they’ll have much more leverage to get their way.

• CRISPR Unleashed. CRISPR, short for “clustered regularly interspaced short palindromic repeats,” is a gene-editing tool that has gotten massive hype in recent years. It allows plant breeders to tweak a crop’s genome by removing, adding, or altering sections of the DNA sequence. In a momentous decision in August, the Obama US Department of Agriculture declared it did not have the authority to regulate new crops designed with the technology, opening the door to a barrage of CRISPR-derived products to enter US farm fields without oversight. (See background on the USDA’s tortured position as a regulator of gene-altered crops here.) This is one Obama policy that the Trump administration is unlikely to challenge.

Researchers have already used CRISPR to develop mushrooms that don’t brown as quickly when sliced and tomatoes that ripen on the vine two weeks earlier than normal. In September, Monsanto signed a licensing agreement with the Broad Institute—the MIT-Harvard research group that claims to have developed CRISPR—allowing the agribiz giant the right to use the technology on crops. But despite the regulatory free-for-all, recent research suggests that CRISPR may not be quite as precise as its champions claim. I’ll be extremely curious to watch whether we see a barrage of new CRISPR crop products this coming year, and also to monitor emerging research.

• The Fight for $15 heats up. The movement to raise wages for low-income workers—the bulk of whom toil in the food and farm industries—flowered in the Obama years, generally with the support of the president. It will be fascinating to see how the movement reacts to a new president who insists US workers are overpaid, and whose chosen labor secretary, Andrew Puzder, is a fast-food magnate who opposes minimum-wage hikes and whose company has been accused repeatedly of withholding overtime pay. Fight for $15, a campaign financed by the Service Employees International Union to improve wages for fast-food and other low-wage workers, has vowed to expand its reach “beyond the urban working poor” and target a broader range of “working-class Americans frustrated by an economy that is no longer producing the middle-class jobs they or their parents once held,” the New York Times reports. On November 29, Fight for $15 organized protests and work stoppages across the country, resulting in scores of arrests, Reuters reports. Expect more of the same—as well as more efforts to raise minimum wages at the state and local levels.

• The internal Trump battle over immigration. Trump ran as a xenophobe, vowing to expel millions of people and build a wall to block Mexicans from crossing the border. But his top agriculture advisers have been pleading with him to “overhaul immigration laws in a way that protects farm workers already in the U.S., while ensuring employers can reliably hire new workers, since U.S. agribusinesses face major labor shortages,” as Politico recently reported. And as a fast-food exec, Department of Labor appointee Puzder comes from an industry that relies heavily on immigrant labor. “I have firsthand knowledge of the vital role immigrants play in growing US businesses, spurring innovation and creating jobs,“ he wrote in a 2013 op-ed for the San Diego Union-Tribune. Puzder went on to defend the Dream Act, which has provided conditional permanent residency to immigrants who arrived in the United States as minors and graduate from US high schools. He even called for “legislation that creates a path, perhaps an arduous one, to a form of legal status for undocumented immigrants,” because “as a nation, we’re never going to deport more than 10 million people with families, friends, jobs and homes in our communities.” So within the Trump White House and in the GOP-dominated Congress, anti-immigrant zealots will be pushing one way, and  immigration-reliant business interests will be pushing the other.