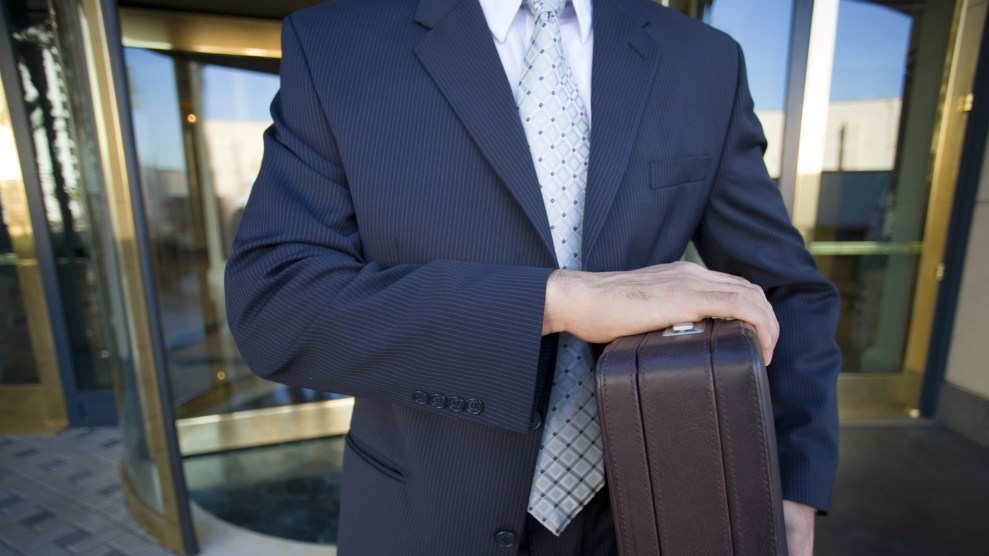 On Wednesday, Donald Trump’s transition team announced one phase of the president-elect’s plan to “drain the swamp” of corruption—a prohibition on registered lobbyists serving in his administration and a five-year lobbying ban for Trump officials who return to the private sector. Trump’s plan effectively doubles down on a policy that the Obama administration already has in place—one that many good government groups and lobbyists alike believe may have created a new problem: un-lobbyists—that is, influence-peddlers who avoid registering as lobbyists to skirt the administration’s rules.

Obama, like Trump, campaigned on a platform of aggressively rooting out the influence of lobbyists. After taking office, he put in place several major good-government initiatives, including a ban on lobbyists serving in his administration and a two-year cooling-off period before ex-administration officials could register to lobby. Once Obama’s lobbying rules took effect, there was a sharp decline in the number of registered lobbyists. Industry insiders and watchdog groups that track the influence game noted that the decrease was not due to lobbyists hanging up their spurs as hired guns for corporations and special interests. Rather it appeared that lobbyists were finding creative ways to avoid officially registering as such. There was no less influence-peddling going on, but now there was less disclosure of the lobbying that was taking place.

The problem lies with the definition of who is a lobbyist. The federal government requires anyone who spends more than 20 percent of their time on behalf of a client while making “lobbying contacts”—an elaborate and specifically defined type of contact with certain types of federal officials—to register as a lobbyist and file quarterly paperwork disclosing their clients and the bills or agencies he or she sought to sway. But by avoiding too many official “lobbying contacts” and limiting how much income that kind of work accounts for, lobbyists can shed the scarlet L, describing themselves as government affairs consultants or experts in advocacy and public policy. In 2014, the non-partisan Center for Responsive Politics examined the trend of the “un-lobbyist” and found that 45 percent of the lobbyists who had shed their designation in the previous year still worked for the same employer. In many cases, the lobbyists didn’t leave their jobs, CRP found, they just changed their titles.

The Trump plan, which just tacks three years on to the Obama administration’s existing ban, does stop short of the Obama rules in one area. Under Obama’s policy, people who had been registered lobbyists could not work for agencies they had previously lobbied, though he did offer “waivers” to certain officials. According to Trump aides, registered lobbyists will be eligible for administration jobs if they de-register as lobbyists. The Washington Post reports that Josh Pitcock, a close aide to Vice President-elect Mike Pence, took the step on Monday, sending the Senate Clerk’s office notice that he is no longer a lobbyist for the State of Indiana.

In the end, said Richard Painter, the chief ethics lawyer in the George W. Bush administration, the Trump plan may only perpetuate the problem of un-lobbyists.

“People are going to react to the Trump thing in the same way,” Painter notes, “by saying, ‘I’ll figure out a way to not be a lobbyist.'”