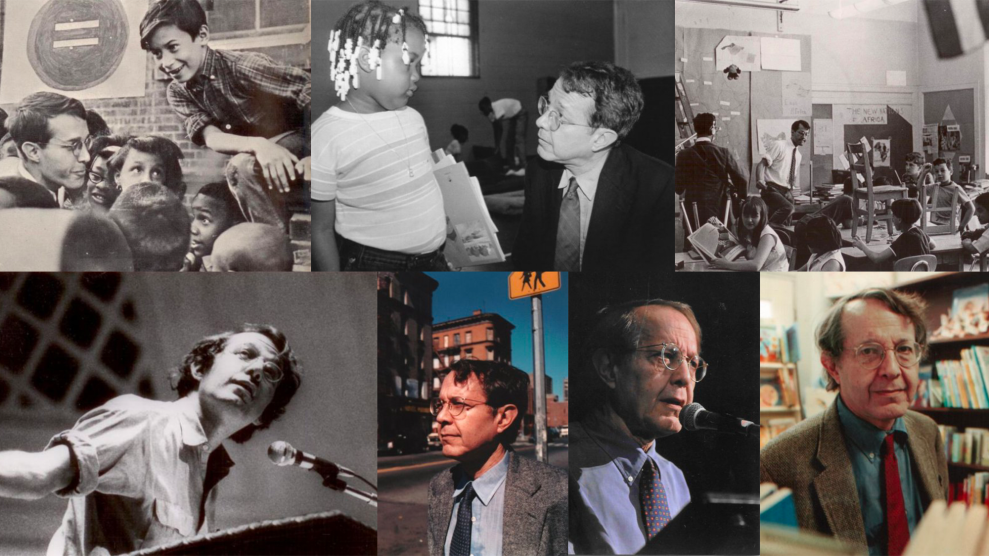 As exit poll numbers rolled in and it became clear that the majority of white voters chose Donald Trump despite the bigotry, misogyny, and xenophobia that came to define his campaign, I thought about the prescient warnings in the work of education journalist Jonathan Kozol. For nearly 50 years, this educator, author, and civil rights activist sounded the alarm about the damage done to pluralistic democracy by our increasingly polarized education systems. He argued that fewer integrated public schools mean fewer opportunities to learn mutual understanding and collective responsibility, essential qualities for a tolerant democracy. With his landmark New York Times best-sellers—Savage Inequalities, Amazing Grace, The Shame of the Nation—Kozol shaped a generation of teachers and writers covering schools and inequality.

Our public schools today are more racially segregated than they were shortly after Brown v. Board of Education was decided in 1954. White children, in particular, are growing up in homogenized environments, attending schools, on average, where 77 percent of students are white. White kids are also less likely than children of color to interact with students from different racial or ethnic backgrounds in their neighborhoods. Understanding and respecting different communities has to start early, and that becomes more and more unlikely if Americans don’t have daily opportunities to interact and connect with each other, a position Kozol has championed for decades.

A week after the election results, I called Kozol—who describes himself as an “eternal optimist”—to ask what advice he has for parents, teachers, and progressives across the country who want to turn their anxiety over the rise of extremism and bigotry into working toward positive changes in our schools and in our society.

Mother Jones: How is your mood as we enter the beginning of the Trump administration?

MJ: Do you think that the declines in the amount of time students spend learning social studies, humanities, and civic education—especially in underfunded schools serving working-class, rural, and inner-city students—has contributed to the deep divides and the rise of bigotry in the U.S.?

The humanities at their best, especially fiction and poetry, refine the souls of human beings. They open our hearts to compassion, give a profound sense of human vulnerability, and open our hearts to identifying with those who suffer most. The virtual decapitation of humanities and social studies in our public schools over the past 15 years has, I think, helped to narrow our sense of civic decency, collective responsibility, and moral generosity. I don’t think the decline of social studies and humanities explains the election, but these two factors heightened the distrust between the races and the classes in this country.

“The humanities at their best…refine the souls of human beings. They open our hearts to compassion, give a profound sense of human vulnerability, and open our heart to identifying with those who suffer most.”

MJ: How should our civic education—including social studies and humanities—change to help young people appreciate the fragility of democracy and understand and reject extremism?

JK: I’d give the development of critical consciousness the highest priority right now: Empowering young people to ask discerning questions and to feel that it’s okay to challenge the evils and injustices they perceive. The civic education and engagement is being beaten out of kids by this tremendous emphasis on authoritarian instruction and [emphasis on] one right answer on the test. We need to empower young people to understand that the most important questions that we face in life have limitless numbers of answers and that some of those answers will be distressing to the status quo.

In teaching history, it’s very important to enable students to recognize the very high toll these extremist, racist values have taken in the past. Not only on Latino and African Americans, which is obvious to us, but in earlier generations to Jews, Italians, and Irish people, among others. The cruelty against children of color is part of an old pattern. The best part of the American story is that we ultimately did welcome all of these minorities to the United States and, in time, we saw how beautifully they enriched the fabric of this country.

It’s also important to avoid giving the impression that history is something that is done by famous people who lived 200 or 2000 years ago. When I speak to students, I always say: ‘History is also something you can do. It’s what you do Monday morning about the ideals and longings you felt the night before. You don’t need to look at history, you can enter it.’

MJ: When we talk about the benefits of integration, the emphasis these days has often been on how students of color can benefit from going to schools with higher test scores. What often gets lost is your longstanding argument that integration offers white children the opportunity to fully develop as human beings and responsible citizens who have skills to integrate multiple perspectives. There is a high cost if white children are spending most of their life segregated from daily interactions with people from other racial or ethnic backgrounds.

JK: That’s right. I don’t think standardized test scores can tell us anything significant about what children are learning. One of the greatest gains made during integration was not something that can be reduced to numbers: mutual understanding and respect for each other. It was simply a much higher, richer, fuller, culturally more capacious quality of education, because kids were in schools with students from other backgrounds, and parents with clout made sure that all kids in the school were receiving a full breadth of learning.

MJ: Given that the Trump campaign signaled its preference to use government funding to expand vouchers and charter schools rather than promote integration, what can progressive parents do if they want to promote stronger democratic values and reduce bigotry in our country?

JK: There are plenty of ways in which privileged people could confront the hyper-segregation of our public schools and the profound residential segregation of this nation. And I would argue that they don’t have the right to use the outcome of this election as an excuse to abdicate their own responsibility. The local districts—especially historically liberal districts that surround major metropolitan areas—have a perfect opportunity to expand the kinds of voluntary integration programs that have thrived for many years in places like Boston. At some point there were 27,000 kids on the waiting list [for the voluntary integration program] in Boston, even though the program can only admit 400 kids every year. The program is still thriving, because there is still state funding—not enough, but it’s there to cover the significant extra costs: transportation, highly qualified teachers, mentors to students who need extra supports.

Any enlightened metropolitan area could create the same kind of program so long as they can convince their legislators to provide what is ultimately a tiny portion of any state budget to make this happen. But even if parents can’t obtain enough money from the state, most of these districts can easily afford to pump some of their own local property tax wealth into receiving schools to make sure it works in a really good, creative way.

One reason this option hasn’t been on the table is that major media outlets avoid drawing attention to these successful programs. That’s a part of the neoliberal drift—don’t talk about segregation. Let’s instead use the latest, so-called data-based, research-driven, miracle solution to create high-scoring, happy, apartheid schools in America. That’s the agenda.

MJ: What is your advice to dispirited progressives? How can they turn their anger toward meaningful action?

If we are going to build a powerful movement to resist these ugly trends that have swept across the nation, we have to build a movement that can sustain itself after the immediate moment of outrage.

If we are going to build a powerful movement to resist these ugly trends that have swept across the nation, we have to build a movement that can sustain itself after the immediate moment of outrage. It’s not too hard to get tens of thousands of people into the streets to protest Trump’s election. One of the weaknesses of the left has been a reluctance to create any kind of structure that could perpetuate the struggle beyond a single incendiary incident. Obviously, movements have to have a good amount of participatory democracy, but there has to be a way to generate and sustain leadership from the grassroots. I don’t mean a single individual, but a cadre of leadership that can guide us to be wise rebels and bring things to completion.

Sometimes we spend too much time—and I’ve done this for years—testifying to Congress and subcommittee hearings. Congress people pat you on the back and say, “I’m on your side.” Then years go by and nothing happens. Political change on that level never happens unless there is a powerful movement comparable to the Civil Rights Movement that was coordinated by the SNCC [the Student Nonviolent Coordinating Committee], CORE [Congress of Racial Equality], and SCLC [The Southern Christian Leadership Conference]. These groups scared the establishment enough where they passed the Civil Rights Act and the war on poverty.

At the government level, I think we need to struggle hard to turn around the Democratic Party into a genuine opposition party that it has to be. I think we should move the party in the direction charted out by Elizabeth Warren and resist gravitating to the innocuous center of the spectrum, which the party has been doing for the past 30 years. Bush, Obama, Clinton didn’t do a single thing to deal with the sweeping segregation of our public schools.

We have to struggle hard to make sure that the Democratic party upholds a truly bold vision of what a noble society should be and not just tinker around the edges of injustice. I am convinced that I will live long enough to see that happen.