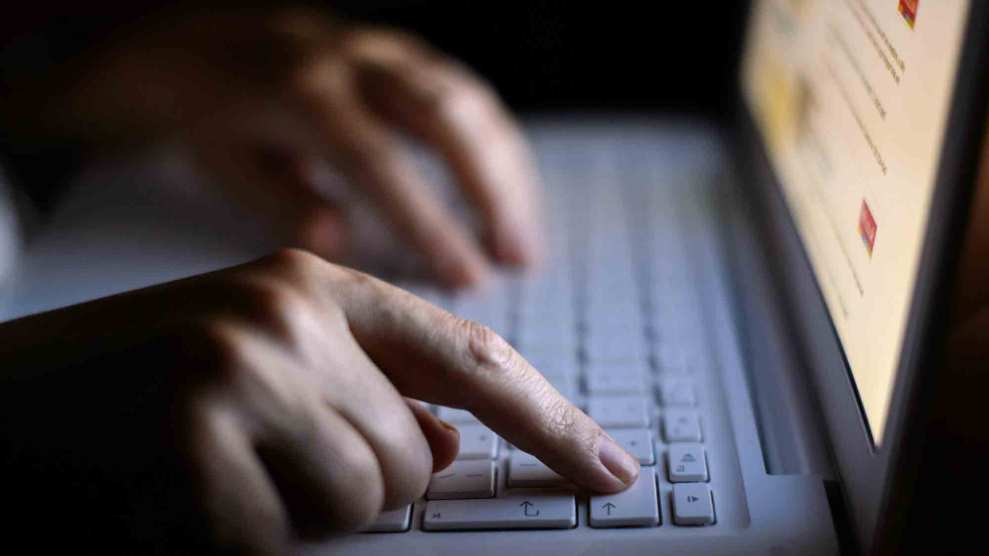 Cybersecurity experts tend to be frightening people—that is, they are always able to cook up scenarios of cyber apocalypses to scare you silly. Chinese sleeper bugs that turn off all our appliances. Internet attacks that crash the electric grid. They can conjure all sorts of end-of-digital-civilization-as-we-know-it possibilities. So it’s only natural that if you ask them about what could happen on Election Day, they’re going to respond with eye-popping predictions that will send you stockpiling.

I’ve put this question to a few cybersecurity folks I know, and the replies were bone-chilling. Rather than distill it for you, I’m going give you the hard stuff straight from their lips—or keyboards. Be warned: This is not for the faint of heart or anyone looking for less anxiety as the final night of this brutal campaign approaches.

Jennifer McArdle is an assistant professor of cybersecurity at Salve Regina University, and she replied:

A conversation has centered around two notorious hacking groups, both attributed to the Kremlin—Fancy Bear (GRU) and Cozy Bear (FSB)—and a series of leaks and disinformation that have been designed to clearly favor one candidate over another. This isn’t new. The Kremlin has used this tactic before in states within its historic sphere of influence. What is new is that this is happening to the US. What will happen on Tuesday? It is difficult to know. But there are a number of things that could take place. Obviously the Kremlin has demonstrated a bias towards Trump. Hackers could manipulate the tabulation function of voting machines, surreptitiously changing votes for Clinton to votes for Trump. Hackers could also target the voting machines in key Clinton strongholds in swing states, rendering them unavailable.

Think of all that chaos. McArdle continued:

Or a more insidious threat, as my friend Ben Buchanan has noted, would be for the Kremlin to carefully delete Republican voting records, undermining confidence in the democratic process, and further fueling conspiracies that the election may be rigged towards “establishment” political candidates. The Kremlin could also initiate a disinformation campaign, spreading rumors that undermine the election results. Putin has a wide variety of patriotic hacking and trolling groups at its disposal, like the youth movement Nashi. These groups could be unleashed to troll social media sites, in tandem with Twitter bots, providing greater ammunition for conspiracy theorists that the election is rigged. The Kremlin could also do nothing. If the main goal for Putin was to ferment chaos and undermine the integrity of the US democratic process, he has already achieved that end. Regardless of who wins the Presidency next week, the US political system is deeply fractured, and the next President will likely not be respected by a significant amount of the US populace.

In addition to hacking, the Kremlin, she pointed out, could also mount a disinformation campaign aimed at undermining the elections:

The Kremlin could leverage the trust that people—particularly Independents in key swing states—have in their own social circles to spread disinformation, most notably fake or doctored news stories that cause people to question the credibility of our democratic institutions during the election. First, the Kremlin could use big data analytics to identify potential swing voters. That isn’t necessarily that hard to do. Every person has a digital profile—their likes, clicks, downloads, searches—that can reveal unique insights about a person’s preferences and characteristics. The Kremlin could then work to create thousands of fake Twitter accounts through their youth organizations, like Nashi. The goal would be to get each account to boost the credibility of other created accounts in order to increase followers and retweets from genuine Twitter users. The Kremlin could also create accounts that impersonate genuine news outlets and celebrities. In order to increase the perceived legitimacy of these accounts, they could use real Tweets taken from the actual user accounts and have those tweets compliment other tweets designed to spread disinformation. These accounts could target those individuals that have been previously identified as swing voters. The Kremlin will also often have obscure news outlets post disinformation or doctored stories and later have outlets associated with state owned media—for example, RT— pick them up as a “reported” stories. They could theoretically do something like that as well, especially considering that US trust in traditional media outlets is low.

Hacking, disinformation? There’s more. Malcolm Nance, a prominent terrorism analyst and author of The Plot to Hack America, noted that the threat ranges from the Russian equivalent of the National Security Agency to freelancers who could wreak havoc with less sophisticated assaults:

One thing is certain about the way the Russian intelligence agencies hack—they are not playing games. If they intend to do any mischief during this election the viruses & malware payloads will already be in place. The most likely place to create total chaos would be the computers that tally the state vote totals. Unless they have NSA level security in place the states have to safeguard against an intelligence agency with all the equal cyber power of the United States. If the state totals are changed in an obvious manner the entire election will be called into question and Trump will demand nullification. This could lead to open civil disobedience and armed violence. In other words the first shots of a second American Civil War. Although Putin desires stability, this would disable the United States as global superpower for a minimum of four years. It would also be the first shot in a cyber war that could easily lead to a hot war.

I have about 10 advisers who are global experts in cyber security I call the “hacker elite.” Most are ex-military and NSA. They say they are already seeing indications of pro-Trump script kiddies (skiddies), malicious hackers who don’t know how to write their own codes, preparing for a massive denial of service attack similar to the one a few weeks ago. So we may have what’s known as a “militia hacker group” aligned with Trump who may decide to slow down the entire US Internet if their man is losing.

Nance echoed McArdle in saying that the goal of any hack may not be to change the vote counts to favor a candidate but to destabilize the electoral system. That would allow a candidate and his followers to refuse to accept the results—and let other governments pooh-pooh US democracy and scoff at admonishments from Washington.

I am certain other cyber experts can come up with additional nightmares. For now, this is more than enough to worry about.