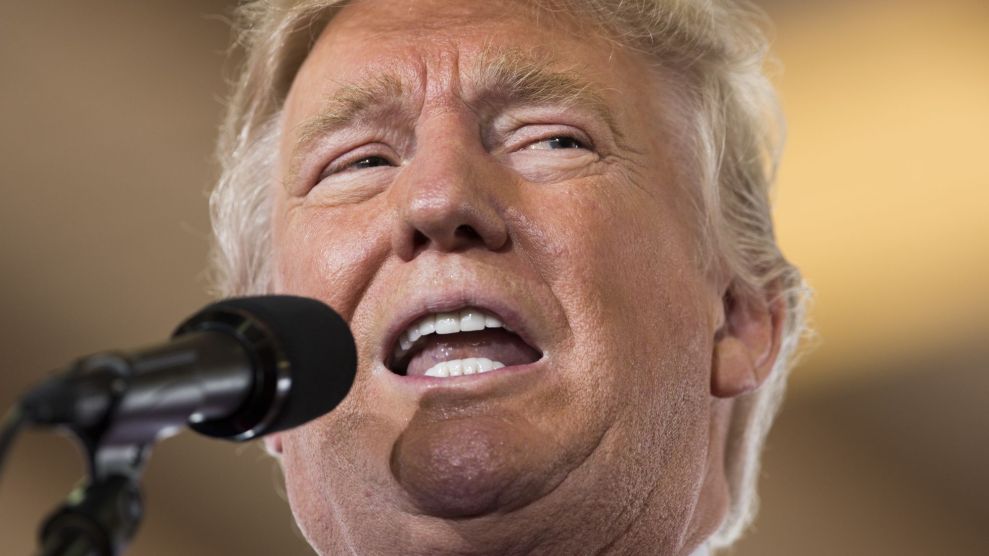 Update, 11:46 p.m. EST: At least two more women have come forward with allegations of sexual assault or misconduct against Donald Trump. Natasha Stoynoff, a writer at People magazine, says Trump physically attacked her in his Mar-a-Lago resort in 2005. (A spokesperson for Trump’s campaign denied her claims.) NBC’s Rachel Maddow Show also noted that a former Miss USA contestant had claims of sexual misconduct against Trump.

In the days after the Washington Post uncovered a 2005 tape of Donald Trump making lewd comments about women and bragging that he had kissed and groped women without their consent, the Republican nominee has repeatedly dismissed his remarks as merely “locker room talk” and denied that he ever engaged in such actions. When asked during the second presidential debate whether he had ever committed sexual assault, Trump proclaimed, “No, I have not.”

But on Wednesday night, several news outlets posted stories with accounts from women who insisted that Trump had touched or kissed them inappropriately. The New York Times published the tale of two women who allege that Trump accosted them in precisely the way he described to Billy Bush in the 2005 video. The women decided to go public with their stories following Sunday night’s debate, the Times reported, each saying they were infuriated by his denial.

One of the pair, Jessica Leeds, described Trump groping her on a plane:

More than three decades ago, when she was a traveling businesswoman at a paper company, Ms. Leeds said, she sat beside Mr. Trump in the first-class cabin of a flight to New York. They had never met before.

About 45 minutes after takeoff, she recalled, Mr. Trump lifted the armrest and began to touch her.

According to Ms. Leeds, Mr. Trump grabbed her breasts and tried to put his hand up her skirt.

“He was like an octopus,” she said. “His hands were everywhere.”

She fled to the back of the plane. “It was an assault,” she said.

The other woman, Rachel Crooks, told the Times she met Trump in an elevator in 2005 and that, after she introduced herself, Trump began kissing her on the cheek and then on the mouth. Crooks recalled that Trump later tried to get her number to pass it on to his modeling agency—an agency that, as several models told Mother Jones, exploited its models and also encouraged models to flout immigration laws.

In an interview with the Times, Trump denied the women’s accounts, asserting, “None of this ever took place.” The campaign later released a statement calling the entire article “fiction” and a smear attempt.

The Times story adds to a litany of reports that have recently emerged alleging Trump sexually assaulted women and acted inappropriately. A Florida woman says Trump groped her without consent in 2004, according to the Palm Beach Post. Cassandra Searles, who was Miss Washington 2013, has also claimed that Trump groped her. Four women who competed in a 1997 Teen USA beauty pageant told BuzzFeed News that Trump walked in on them while they were changing. And during a Miss USA beauty pageant in 2001, Trump entered a dressing room while the contestants were changing into bikinis.

Many of these accounts jibe with Trump’s boasts to Billy Bush. Trump, though, insists that was just talk. But Trump, who has tried to make the actions of Bill Clinton from two to three decades ago a campaign issue, is confronting an expanding political crisis now fully focused not only on what he said about women but on what he might have done to these specific women and others.

See the full Times video of its interviews with the two women below: