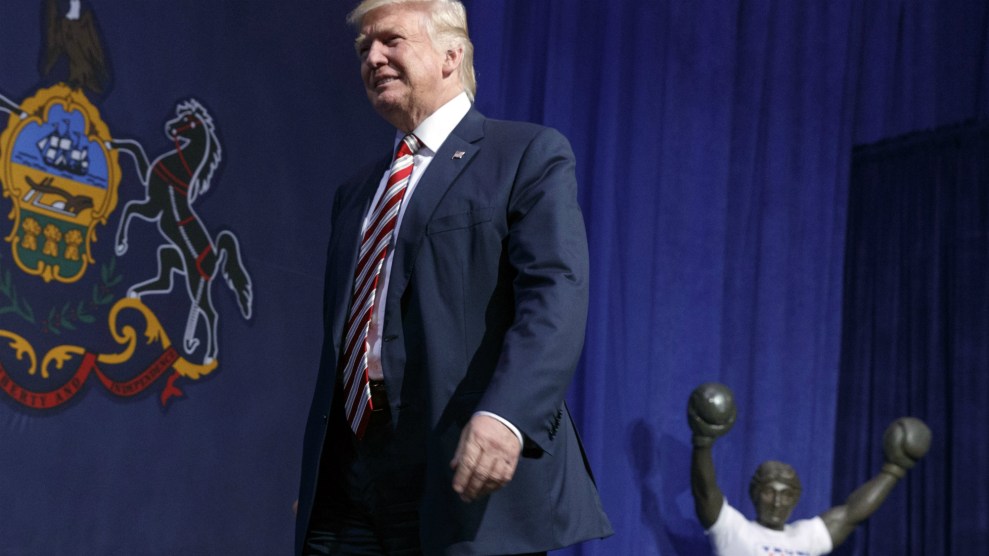 US intelligence officials are looking into the Kremlin ties of a US businessman who is serving as a foreign policy adviser to Republican nominee Donald Trump, Yahoo News reported today. During briefings given to senior members of Congress about the possibility that the Russian government is trying to tamper with the presidential election, intelligence officials have discussed Trump adviser Carter Page, who runs an energy investment firm that specializes in Russia and Europe, according to the site.

Yahoo reports that members of Congress were told that Page may have had contact or set up meetings with high-level Kremlin officials and may have discussed the possibility of the United States lifting sanctions on Russia if Trump becomes president. An unnamed senior law enforcement official confirmed to Yahoo, “It’s being looked at.”

Trump told the Washington Post in March that Page, a former Merrill Lynch investment banker, was part of his foreign policy team. Page’s role in the campaign has been described in various ways since, including as an informal adviser.

Page has a long history with Russia, and he is known for expressing sympathy for Russian President Vladimir Putin. Earlier this year, Page told Bloomberg News that he had lived in Moscow in the early 2000s for several years when he worked for Merrill Lynch, working closely with the state-owned Russian oil and gas company Gazprom. After leaving Merrill Lynch, Page started his own investment firm, and this firm has invested in Gazprom, which has been included on the list of Russian firms targeted for sanctions by the United States due to its close links to Putin. Page has been consistently critical of Western attempts to sanction Russian companies and officials over Putin’s incursions into Ukraine.

In July, Page raised eyebrows by traveling to Russia to speak at an event for an organization with links to Putin’s inner circle, where he took issue with US policy, declaring that Western countries “criticized these regions for continuing methods which were prevalent during the Cold War period…Yet ironically, Washington and other Western capitals have impeded potential progress through their often hypocritical focus on ideas such as democratization, inequality, corruption, and regime change.”

A Trump campaign spokesman told Yahoo that Page has no role in the campaign but did not respond when asked why the campaign had earlier called Page an adviser.