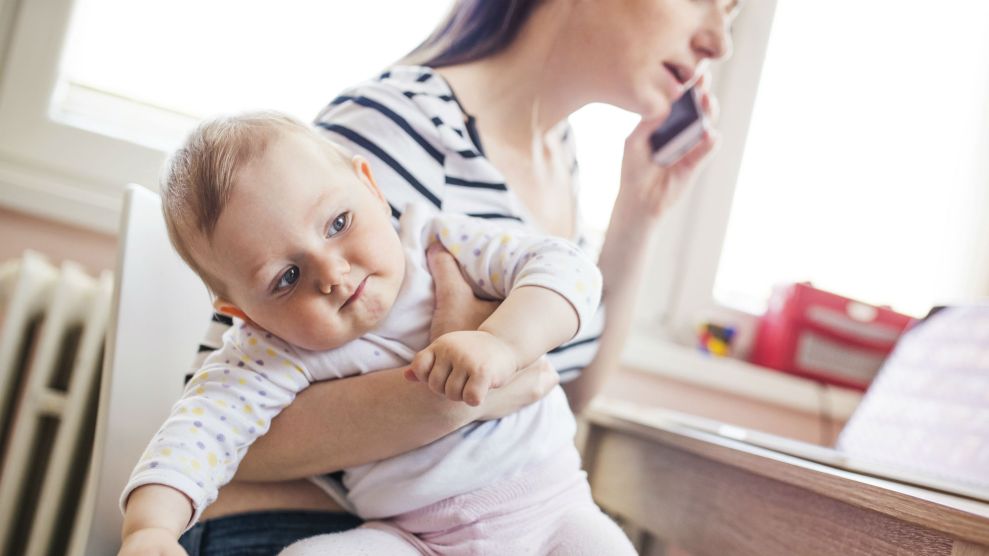 Instead, family leave is determined by individual states, and a new report by the National Partnership for Women & Families, an advocacy group that promotes “fairness in the workplace,” paints a grim picture of the patchwork of policies across the country. It graded individual states on their family leave policies and 27 scored a D or an F. According to Vicki Shabo, vice president at National Partnership, these states “have done very little or nothing at all beyond the very basic protections federal law offers when it comes to providing leave, providing pregnancy accommodations or helping nursing mothers in the workplace.”

The report was created by using a point system to tally up which states have the most progressive policies for both workers in the private sector and state workers. States received points for laws that accommodate working pregnant women or breastfeeding women, flexible sick leave, and job-protected paid family leave.

“No state is really doing enough to help working parents and provide the baseline of support that working parents need,” Shabo says. “Particularly at a time when the issues of working families and how to create a sustainable, equitable economy and society are really front and center.”

There are a few bright spots. California received the highest score for the first-of-its-kind paid family leave law, which allows people earning close to minimum wage to be paid 70 percent of their salary while on leave, while workers who earn up to $108,000 annually will get 60 percent of their salary during leave. Another law on the books mandates no less than one hour of paid sick leave for every 30 hours worked. But the authors of the report added that even California has room for improvement; there’s no law protecting job security in the case of necessary leave. New York, which guarantees 12 weeks of paid leave, and the District of Columbia, where workers can take up to 16 weeks of leave over two years, scored the second highest with an A-.

But these are the exceptions; 12 states scored an F, meaning lawmakers enacted no laws guaranteeing any maternal or family leave before or after a new child is born, adopted, or fostered. 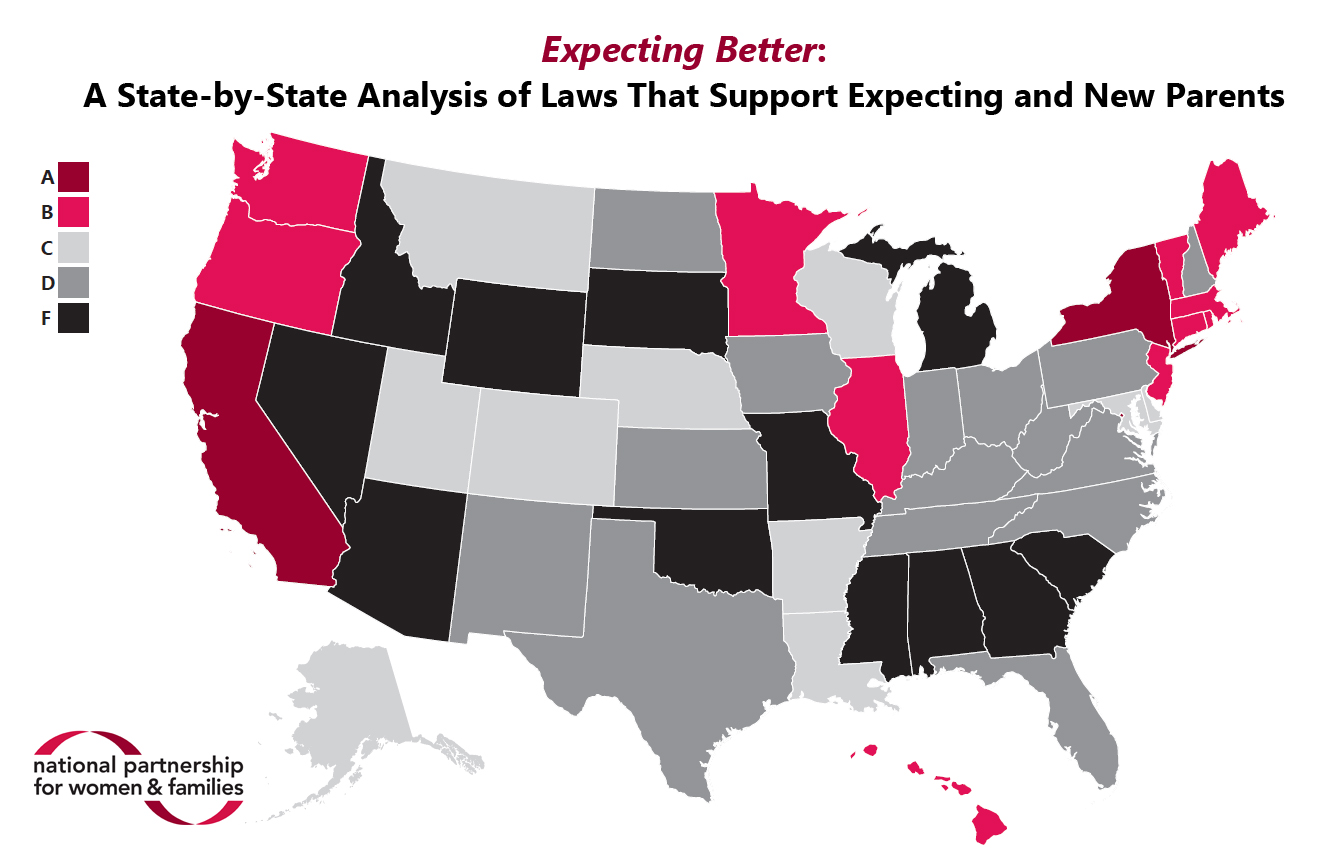 The report also points out the disparity between white families and people of color when it comes to family leave. Under the federal Family and Medical Leave Act, a law that protects jobs if leave is necessary, only 59 percent of the total workforce—and 56 percent of the private-sector workforce—are covered. The report explains, “In the private sector, workers are excluded because the FMLA only applies to employees in workplaces with 50 or more workers within a 75-mile radius. Even in covered workplaces, workers must have worked for their employer for at least a year and worked at least 1,250 hours during the previous year to be eligible.” The data also showed that only 25 percent of Hispanic working parents and 35 percent of African American working parents are eligible and can afford to take that leave, compared with 43 percent of working white parents.