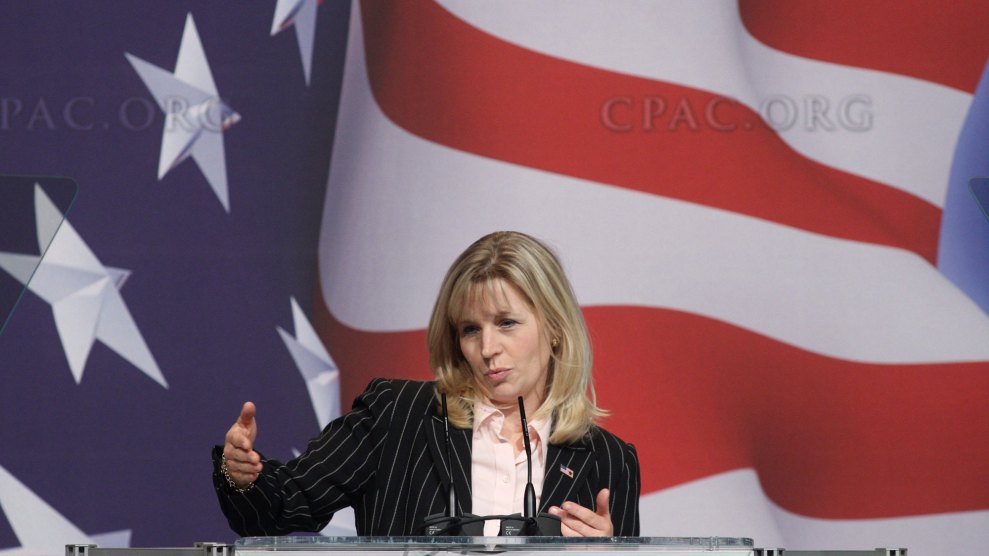 The Cheneys are making a comeback.

Liz Cheney, the daughter of former Vice President Dick Cheney, easily won the Republican primary for Wyoming’s lone congressional district on Tuesday, all but assuring her a seat in the House of Representatives in January. In a crowded field, Cheney scored 40 percent of the vote, besting her closest rival, state Sen. Leland Christensen, by 17 points.

Cheney, who served as a deputy assistant secretary of state during the George W. Bush administration, launched a brief and calamitous challenge to Sen. Mike Enzi, a Wyoming Republican, two years ago. That race earned her rebukes from veteran conservatives in the deep-red state, who accused her of parachuting in from her home in the Virginia suburbs to take on an incumbent no one really had a problem with. It also resulted in a series of high-profile feuds. Most notable was a public spat between Liz and her sister, Mary, after the candidate promised to oppose same-sex marriage if elected. Mary Cheney, who is a lesbian, announced that she would not be visiting the family at Christmas that year. Liz Cheney’s candidacy also drew criticism from former Wyoming Republican Sen. Alan Simpson, a longtime friend of Dick Cheney who continued to back Enzi and published a lengthy and remarkable statement in the Cody Enterprise chewing out Liz’s mom, Lynne Cheney, for pressuring him to change his support.

Liz Cheney was the lone candidate with real name recognition in the race to replace retiring GOP Rep. Cynthia Lummis, making the run-up to Tuesday’s primary comparatively tame. The Cheney name is still strong in her home state, and she has received contributions from a bevy of big-time Republican donors and Bush-era heavyweights, including Donald Rumsfeld and Karl Rove.

But while some prominent ex-Bushies have repudiated Trump—including former first lady Barbara Bush—Liz Cheney, like her father, is fully on board, telling Rush Limbaugh that Hillary Clinton is a “felon” who can’t be allowed back in the White House. “In Wyoming, there’s no question for us that Hillary Clinton would be devastating—and far, far worse than Donald Trump,” she said. “We’ve gotta unify behind him and make sure Hillary Clinton’s not elected.”