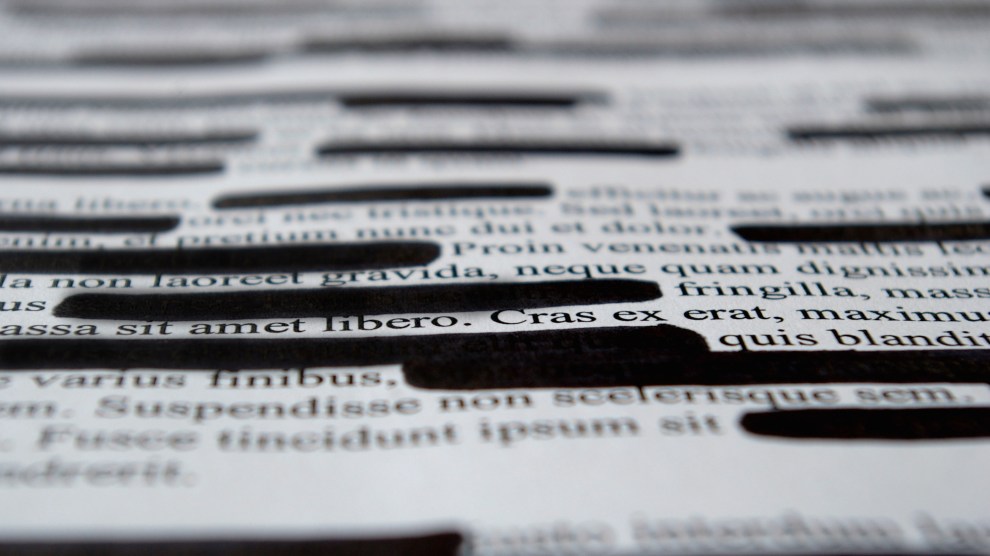 The Corrections Corporation of America, the country’s second largest for-profit prison operator, is fighting to seal documents in a lawsuit that claims guards at a Tennessee prison required female visitors to undergo strip searches to prove they were menstruating.

The lawsuit, filed by a woman in January 2015, alleges that as she passed through a security checkpoint on her way to visit a loved one in CCA’s South Central Correctional Facility in Tennessee, a guard noticed a sanitary napkin in her pocket. According to the complaint, the visitor agreed to use a prison-approved pad but was told that guards would have to “verify” that she was menstruating. When she asked how, a guard responded, “We’ll have to see.” The complaint continues:

But according to the court filing, guards refused. Instead, the woman (who is suing under the pseudonym Jane Doe) claims she was required to undergo a strip search, exposing her genitals to a female guard before she was allowed to continue to the visitation area.

Two more women have joined the suit, also under pseudonyms. Both have similar stories and claim that the prison’s policy of strip-searching female visitors who sought to bring a tampon or pad into the visitation area broke a state policy that required the searches only “if there exists individualized reasonable suspicion.” They also allege that the searches constituted gender discrimination. One of women says her three children were forced to watch guards strip-search her.

CCA disputes the allegations and denies any wrongdoing. But in the last month, the case has focused on a different kind of controversy: What information about CCA’s prison should be made public in the case. In June, a magistrate judge issued an order protecting documents that would “lead to the disclosure of operational aspects of the prison system” or pose a “safety and security risk.”

Last month, CCA demanded that the judge seal the plaintiffs’ motion to dismiss parts of the suit that are not disputed, and prevent them from filing redacted evidence in support of their arguments. “They discuss in detail their belief as to operational aspects of SCCF by relying on documents and testimony,” the company’s lawyers argued. “There is simply no need for open discussions in the public as to the present status of this case.”

In response, the women’s lawyer, Tricia Herzfeld, argued that the company was overstepping the protective order by designating as confidential “any filing even mentioning prison conditions at a CCA-run state prison.” The effect, Herzfeld said, would be to “[immunize] CCA prisons from public scrutiny on an issue of obvious public import—the unconstitutional practices of a privately managed but state-owned Tennessee prison.” Her argument accused the company of seeking a “secret opinion based on secret legal arguments, secret facts, and secret evidence.”

CCA maintains that all of the information it has either filed under seal or has requested to be sealed would threaten the safety of the prison if it was made public. Herzfeld’s filings, they say, discuss policies, logbook entries, visitation records, the “nature and procedures of searches,” and details about how staff observe visitors. The plaintiffs maintain that the information they discuss is part of the public record anyway, and could be obtained through a public records request. The prison company’s lawyers disagree, claiming the women simply “desire to create more media attention to the case to inflame the public against [CCA].”

All the documents in dispute currently remain under seal, awaiting a judge’s decision.